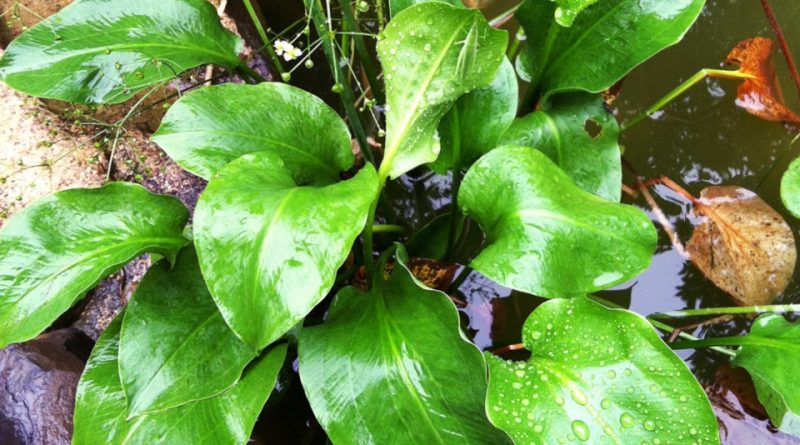 Systematic –
From a systematic point of view it belongs to the Eukaryota Domain, the Plantae Kingdom, the Magnoliophyta Division, the Liliopsida Class, the Alismatales Order, the Alismataceae Family and therefore to the Genus Alisma and to the species A. Orientale.
The term is synonymous:
-Alisma plantago-aquatica subsp. Eastern (Sam.) Sam ..

Etymology –
The term Alisma comes from the Greek ἄλισμα álisma plantain, name of an aquatic plant mentioned by Pliny and Dioscorides.
The eastern specific epithet comes from sol orientis, the rising sun and therefore the east itself: from the east, east, indication of the distribution area.

Geographical Distribution and Habitat –
The Alisma Orientale is a plant native to the Asian continent with a distribution mainly in the northern temperate hemisphere.
Its habitat is that of marshy and swampy areas where it grows in shallow waters or on the edge of ponds or waterways. 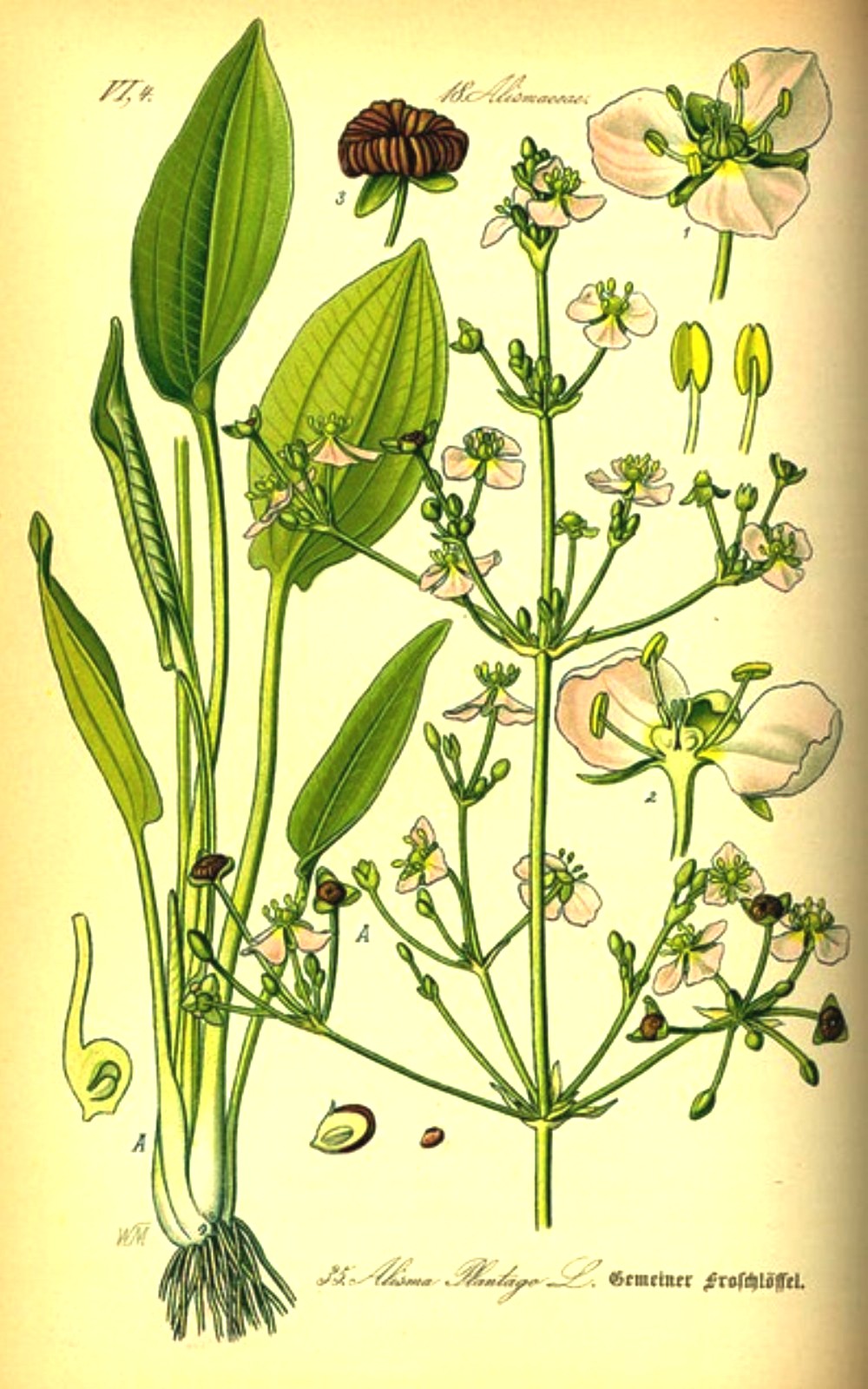 Description –
The Alisma Orientale is a herbaceous species, perennial and rhizomatous, which in certain conditions of water availability can also be annual.
The stem is a corm or stoloniferous from which medium-sized, long, sturdy leaves with an oval green lanceolate shape branch off on long and robust petioles.
The inflorescence is complex, with spirals of branches.
The flowers are regular with three sepals that generally remain in the fruit. Three petals, generally conspicuous, whitish in color. The petals rarely last longer than a day.

Cultivation –
Asian water plantain is a spontaneous species that lives in marshy areas and in temperate humid climates.
The rhizomes are taken from their natural state for pharmacological and therapeutic applications typical of folk medicine in the areas where it grows.

Uses and Traditions –
The Alisma Orientale is sometimes considered a variety of the Alisma plantago-aquatica (Alisma plantago-aquatica var. Orientale).
The rhizomes of this plant have been used as traditional Chinese medicine, ze xie. However, it can have serious side effects or even toxic effects such as hepatotoxicity.
Traditional Japanese medicine kampo also uses the plant’s rhizome as an officinal plant.
Many terpenoids have been isolated from the fresh rhizome of the Eastern Alisma.
The seeds of this plant contain cis-aconitic anhydride ethyl ester and cis-2,4,5-trihydroxycinnamic acid.

Method of Preparation –
Alisma Orientale is a plant known for centuries on the Asian continent and used mainly in traditional Chinese and Japanese medicine.