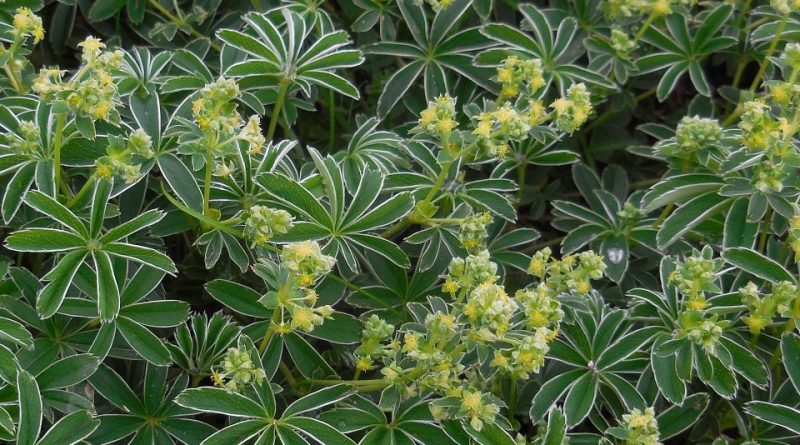 The Alpine lady’s-mantle (Alchemilla alpina L.) is a perennial herbaceous species belonging to the Rosaceae family.

Etymology –
The term Alchemilla, according to Giuseppe Dalla Fior, comes from the Arabic alkemelyck alchemy, because the alchemists used in the research of the philosopher’s stone the stille of water that are generated at the apex of the teeth of the leaves for the phenomenon of guttation, particularly frequent and conspicuous in Alchemilla plants; A. Coombes points out that the way water repellent leaves repel water was considered magical.
The specific alpine epithet comes from Alpes, the mountain range of the Alps, therefore alpine in a broad sense, from high mountain environments on any continent.

Geographical Distribution and Habitat –
The Alpine lady’s-mantle is a plant that grows in northern Europe and in the southernmost mountainous regions such as the Alps and the Pyrenees. It also grows in southern Greenland. Its natural habitat is that of moorland, alpine meadows, cliffs, river banks and areas covered with snowdrifts during the winter, on preferably siliceous substrates, from 1500 to 3000 m. s.l.m ..
In Italy, regional distribution is along the entire Alpine arc and in the northern and central Apennines, but still little known in detail. 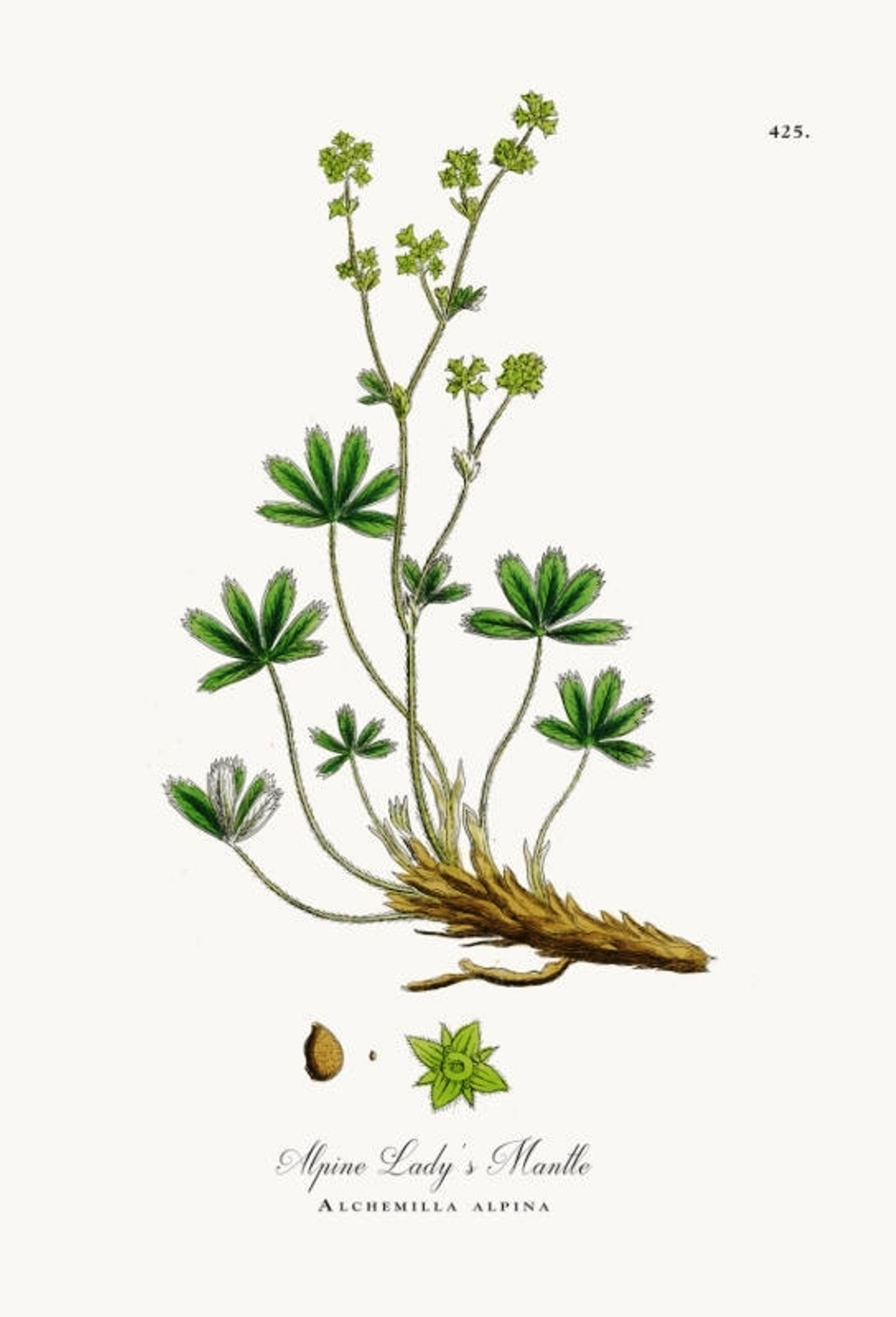 Description –
The Alchemilla alpina is a perennial herbaceous plant with a woody rhizome that grows to a height of between 5 and 20 (30) cm.
The stems are delicate and hairy and are formed from a basal rosette.
The leaves are palmate, lanceolate, with about seven leaflets with toothed tips, smooth on the upper page and densely hairy on the lower one, shiny green on the upper part, silky and silvery on the lower page.
The hermaphrodite flowers are light green – yellowish in dense clusters against the foliage, with four sepals, without petals, four stamens and a solitary carpel.
The antesis begins in June and the flowers fade in the period of September.
The seeds develop apodictically, without therefore being fertilized and can be harvested from August to October.

Cultivation –
For the cultivation of this species, remember that it prefers siliceous soils and that the seeds develop without cross fertilization, so the plants obtained are genetically all identical.
Any mutations that can occur cause cumulative changes in populations and there are many very similar species of this species.
In addition to its medicinal qualities, the plant is cultivated and is used for rock gardens, paved and low walls, in normal soil.
We suggest growing it with a distance between plants of 30 cm.

Uses and Traditions –
The Alchemilla alpina belongs to the complex of apomictic species (in which the embryo is formed without fertilization, originating genetically identical clones to the mother plant).
The generic name of this plant alludes to the ancient use by alchemists: in reality the plant was not used, but the minute droplets of dew that form on the leaves due to the phenomenon of guttation, which were collected and constituted the so-called ‘water celestial ‘or’ water of the wise ‘.
The Alpine ventaglina is a medicinal plant with therefore pharmaceutical properties. The drug, mainly used in alpine countries, is considered by folk medicine to be more active than the common Alchemilla.
This plant contains tannins, traces of salicylic acid, still unknown active substances.
It has astringent, anti-inflammatory, healing, antidiarrheal, antiseptic, diuretic properties.
The parts used are leaves and flowers and is mainly collected for the pharmaceutical industries.

Method of Preparation –
The plant can also be used in the kitchen, where the leaves (according to Mattirolo) can be used as a substitute for tea.