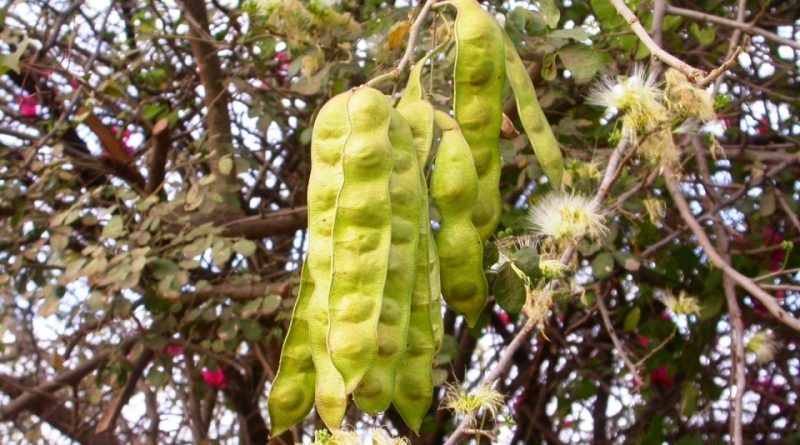 Systematic –
From a systematic point of view, it belongs to the Eukaryota Domain, the Plantae Kingdom, the Magnoliophyta Division, the Magnoliopsida Class, the Fabales Order, the Mimosaceae Family, the Ingeae Tribe and therefore to the genus Albizia and the A. anthelmintic species.
The term is synonymous:
– Albizia ambalusiana Sim ..

Etymology –
The term Albizia was dedicated to the Florentine nobleman Filippo degli Albizzi who in 1749, returning from a trip to Constantinople, introduced this kind of plants to Florence.
The specific anthelmintic epithet is an alternative term for anthelminthicus which in turn comes from the Greek preposition ἀντί antí adverse, which opposes and from ἔλμινς, -νϑος hélmins, -nthos verme (specifically parasitic worms): therefore wormy, anthelmintic.

Geographical Distribution and Habitat –
Albizia anthelmintica is a plant native to Africa and widespread in an area that includes Namibia, northern Africa, through eastern Africa to Kenya and Somalia.
Its habitat is that of deciduous or evergreen bushes and scrub, especially along seasonal rivers and groves, where it also grows on heaps of termites or even in wooded meadows, at an altitude between 400 and 1,500 meters above sea level. 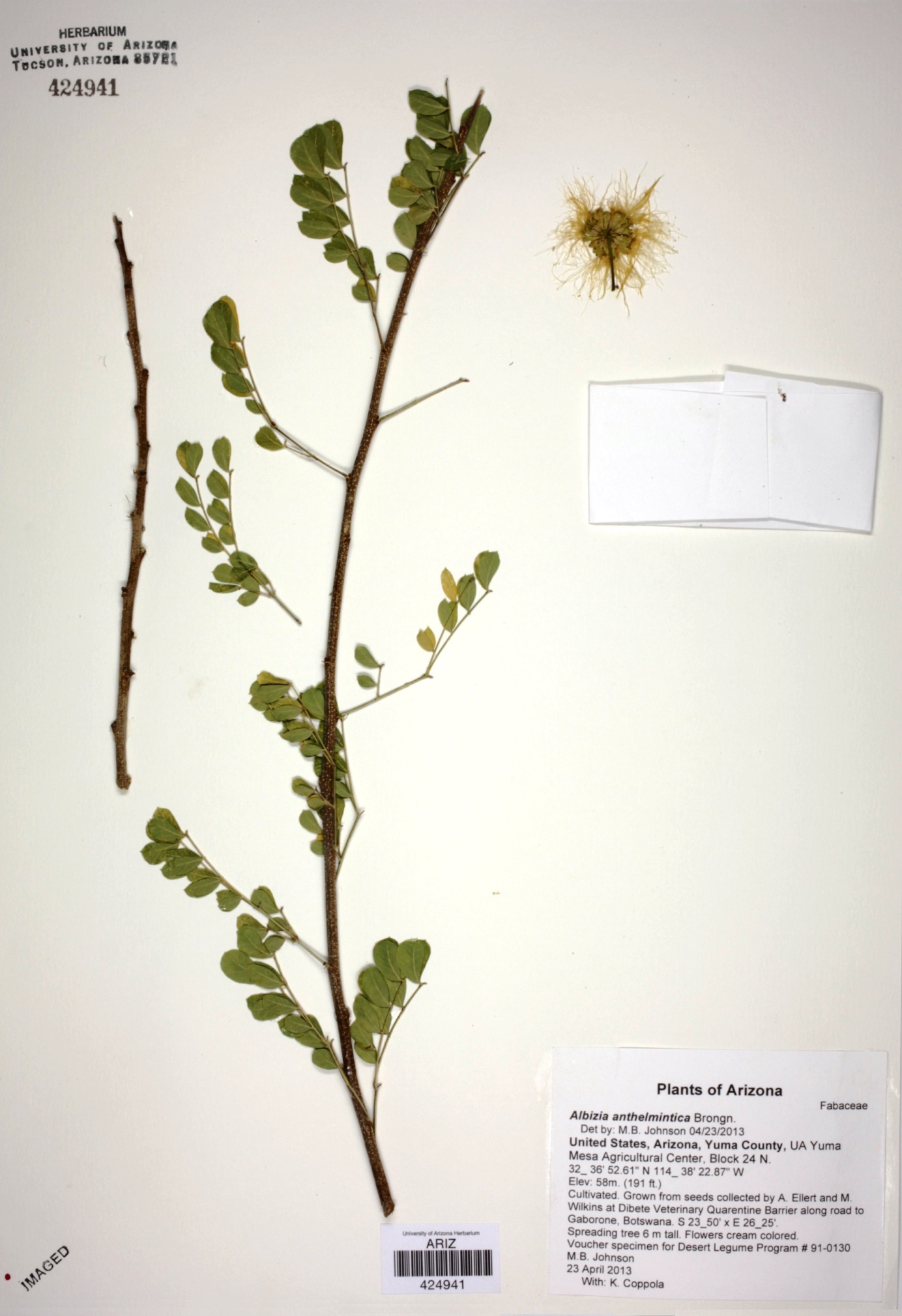 Description –
Albizia anthelmintica is a thorny, deciduous, multi-stemmed tree, which grows to about 8 meters in height.
The leaves are green, ovate or almost circular, opposite, deciduous, composed, with 2-4 pairs of fins and composed of many pairs of leaflets.
The flowers are fragrant, feather-shaped, with a color ranging from off-white to cream.
The antesis goes from the period of July to September.
The fruits are large flattened pods, green when young and brown when ripe, inside which there are 3-8 large seeds.

Cultivation –
Worm-Cure Albizia, like other congenial species, if grown outside its range, needs sunny exposure but sheltered from cold winds; it prefers both clayey, provided they are very well drained, but also fresh, light fertile, adapting, however, also in dry ones. They should be generously watered in the growing season. They can be planted in the spring.
It is a moderately growing plant that can be sown directly in the sunlight. In this way the seedlings are ready for transplanting in about 60 days.
The seed does not require any pretreatment and can be planted directly in a pot, advising you to use two seeds per pot. Germination occurs 3-4 days after sowing with a germination rate of up to 90%.
It should be remembered that in its range it grows with an average annual temperature of up to 40 ° C and an average annual rainfall in the range between 400 and 1,000 mm.
The tree is susceptible to wind damage but can resist frost and drought.
This species has a symbiotic relationship with some soil bacteria, these bacteria form nodules on the roots and fix atmospheric nitrogen. Part of this nitrogen is used by the growing plant, but some can also be used by other plants that grow nearby.

Uses and Traditions –
This Albizia is often used in nature for a wide range of uses but is also used as an ornamental tree for its cream-colored fragrant flowers.
Unfortunately, due to its high exploitation, this species is becoming rare in its natural state.
The roots of this plant, in the areas of origin, are commonly used as an additive in soups.
It is also a plant used for medicinal purposes; in this case the bark is widely used as a purgative and anthelmintic.
A preparation of the bark and buds is effective against internal parasites, especially tapeworms.
In Somalia, the tree is said to provide a cure for gonorrhea; the roots are cooked in chicken broth.
The plant contains tri- and tetra saccharides, which have triterpene prosthetic groups, responsible for a powerful molluscicidal activity.
The bark is also rich in saponins.
Among other uses, this plant is used to coagulate milk, while twigs are used as toothbrushes for oral hygiene.
Anthelmintic Albizia is a plant that can play an important ecological role in that, as well as being, as mentioned, a plant that uses atmospheric nitrogen and can transfer it to the soil and other plants, it has a very useful root system for soil protection.
Furthermore, from its wood, characterized by a light brown-red heartwood, poles, furniture, handles for tools, spoons, sculptures and turning material are obtained.

Method of Preparation –
Worm-Cure Albizia is a plant used in all its parts which at food level finds use, with its roots, as an addition in the various soups prepared by local populations.