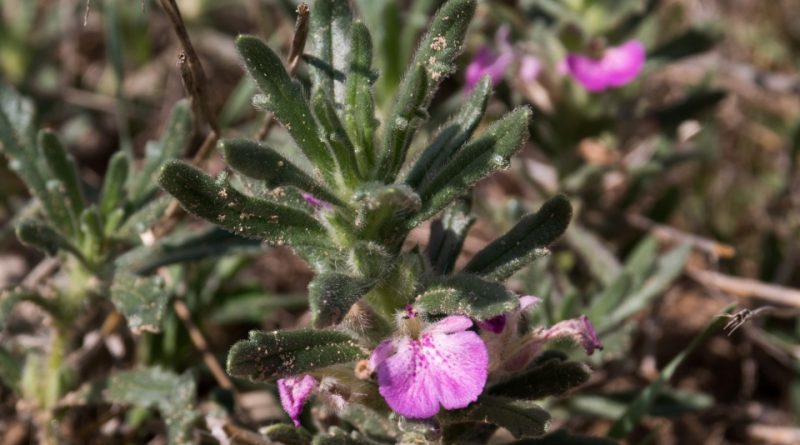 The Southern Bugle (Ajuga iva (L.) Schreb.) is a suffruticose species belonging to the Lamiaceae family.

Etymology –
The term Ajuga derives from the Greek privative prefix α- a- and from jugum giogo: probable reference to the absence of the upper lip of the corolla. According to Pliny, the name could be the corruption of abigo expel, reference to the medicinal properties of the genus
The specific epithet vat is the probable deformation of ajuga> abuga> vat, a name used in the Middle Ages to designate the genus Ajuga and remained so as a common name.

Geographical Distribution and Habitat –
Southern Bugle is a species with a stenomediterranean distribution present in Italy with the two subspecies: Ajuga iva (L.) Schreb. subsp. vat and Ajuga vat subsp. pseudoiva (DC.) Briq ..
It is present in Liguria and in all regions of central, southern and insular Italy except in the Marche (of doubtful presence in Umbria). On Asinara Island it is present near Cala Reale.
Its habitat is that of arid meadows, in uncultivated areas and pastures, from sea level to about 600 meters, with optimum in the Mediterranean belt. 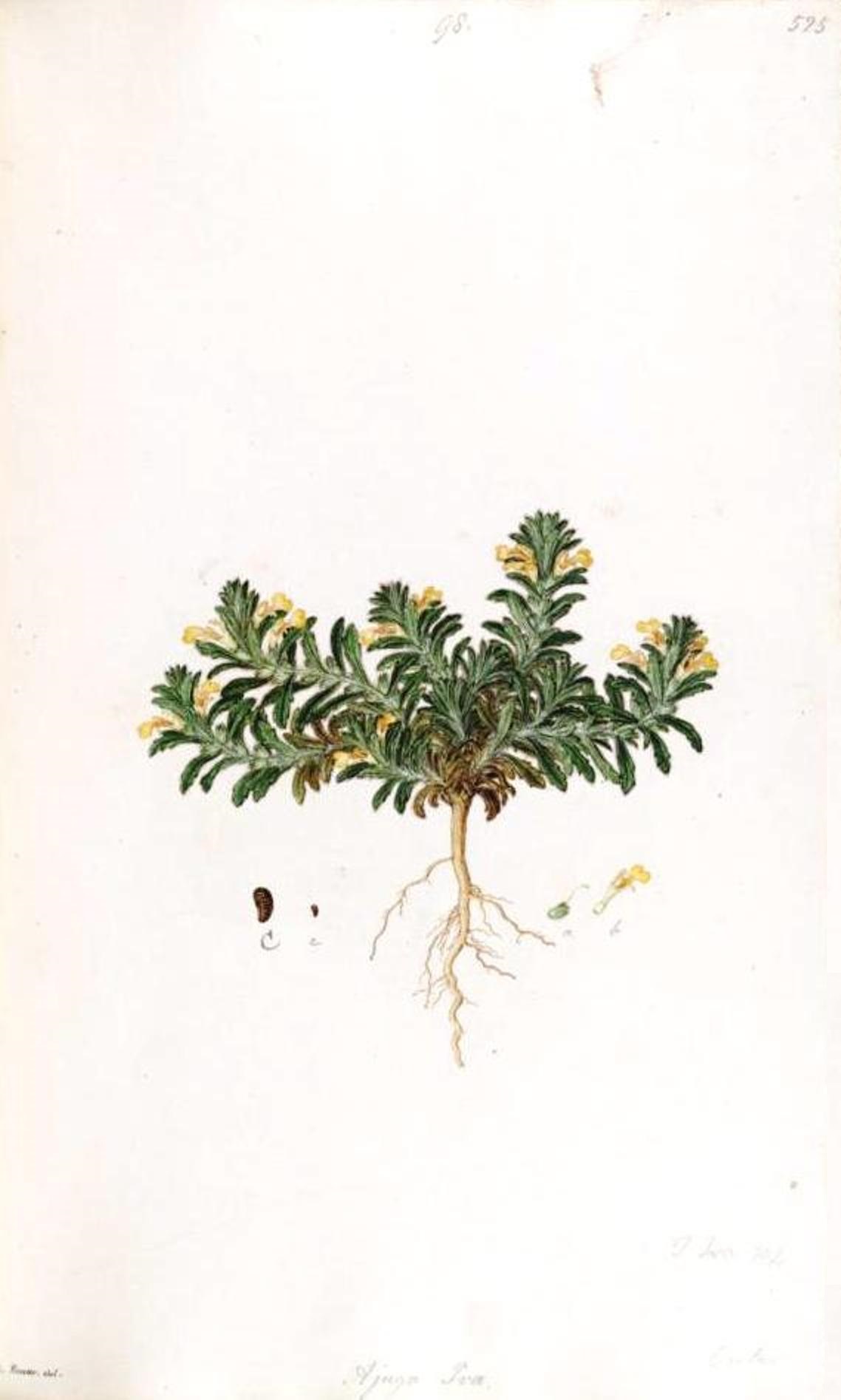 Description –
The Southern Bugle is a perennial, suffruticose plant, 5-20 cm high, perennial, with a woody stem at the base and slightly aromatic.
The lower leaves are 3-6 x 14-30 mm, toothed or lobed, the upper ones are whole.
The hermaphrodite flowers have a corolla of 12-20 mm, generally purple or pink in color and the calyx is 3.5-4.5 mm.
The flowering period is March-June but sometimes also between September and December.
The fruits are microbasarii (tetranucule) with mericarpi (nucule) ovoid of about 2,5-3 mm, cross-linked, with well evident foveole.

Cultivation –
Southern Bugle is a spontaneous perennial plant that grows in dry Mediterranean habitats and is present in Italy from Liguria down with some exceptions as reported above. The plant reproduces by seed (the seeds falling on the ground are dispersed mainly by ants-like insects (myrmecoria dissemination)). It prefers arid soils and with a wide spectrum of soil characteristics.
Pollination occurs through insects (entomogamous pollination) such as diptera, hymenoptera and rarely lepidoptera. Fertilization occurs basically through the pollination of flowers.
This species, like other congeners, can also be used in the formation of rock gardens, borders and spots of color. They are plants that are easy to plant and manage, but if not controlled easily they infest other areas such as pastures, preventing the development of other good forage herbs.

Uses and Traditions –
Southern Bugle is an officinal plant, characteristic for its musky smell, used in various parts of the Mediterranean area, including the areas of North Africa, the tops of which are used.
It is used in folk medicine for a variety of ailments, in particular for gastrointestinal disorders, hypertension, diabetes, hypoglycaemic effect and as an anthelmintic.
The active ingredients present in this plant are: abundant tannins, iridoid heterosides: aucuboside (arpagic derivative); phenolcarboxylic acids: caffeic, chlorogenic. Ajugarina.

Method of Preparation –
With the most tender tops of this plant it is possible to prepare infusions for various remedies such as: diuretic; hypoglycemic, hypolipidemic, antihypertensive, vasodilator, and is considered a panacea in the Maghreb. However, there is no exhaustive bibliography on the subject.