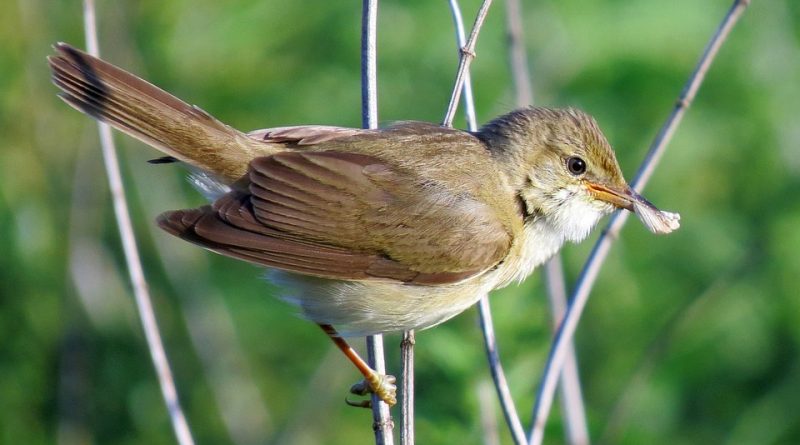 The Marsh warbler (Acrocephalus palustris (Bechstein, 1798)) is a passerine bird belonging to the Acrocephalidae family.

Geographical Distribution and Habitat –
The Marsh warbler is a bird widespread in an area that includes Europe, Asia and Africa and winters, in the cold season, in south-east Africa, from Zambia to Malawi, up to Cape Town.
This species reproduces in temperate Europe (with extremes of presence up to Iceland and Madeira), in western Asia and in south-eastern Africa, in a variety of mainly humid habitats, although in Africa it mainly winters in dry and well-vegetated areas where he lives at an altitude of up to 3000 m in Georgia. In recent decades it has expanded its presence range to the north, with an increasing number of nesting birds in Scandinavia and north-western Russia. 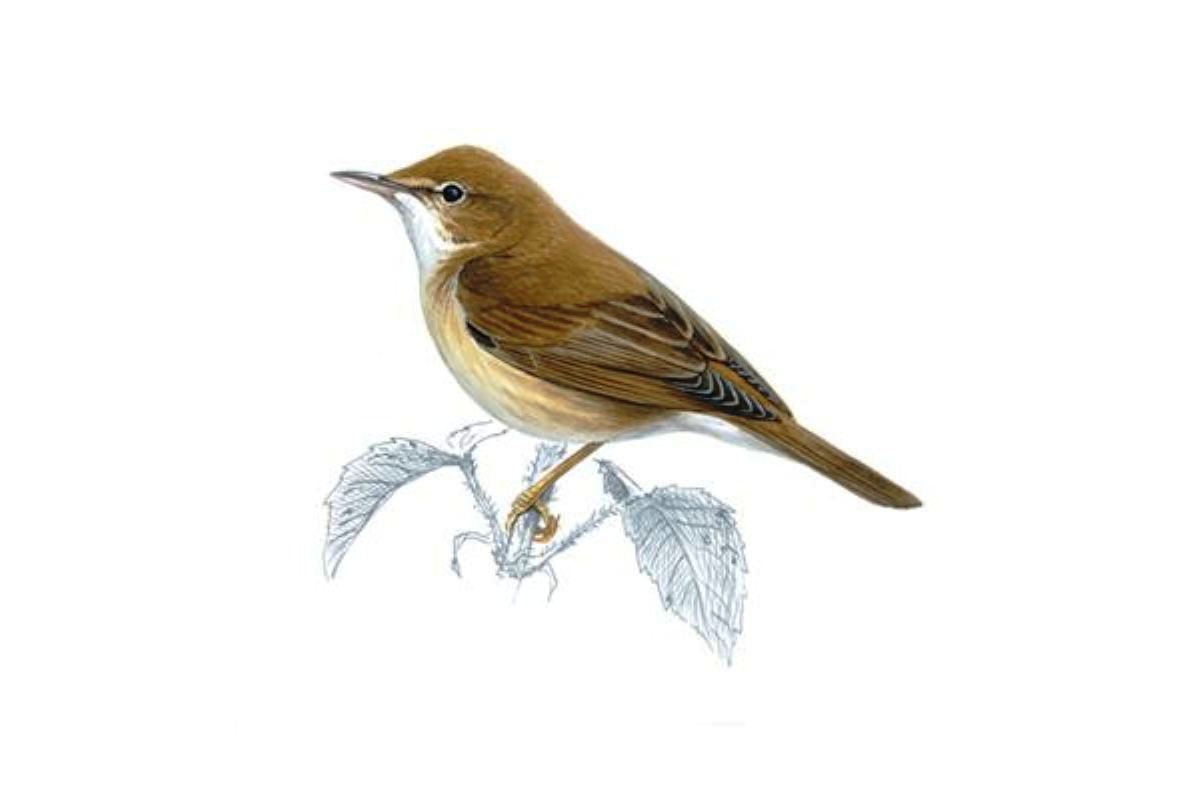 Description –
The Marsh warbler is a medium-sized bird with a length of 13-14 cm and a wingspan of 19-21 cm.
Both adults and young people are almost indistinguishable; they can be recognized as they have brown upper parts with greenish hues and a slight white eyebrow. The lower parts have the white throat area and the fawn fawn sides (visible in young people in autumn) and almost white in adults in summer.
The beak is somewhat elongated with the lower part being light brown – orange. The legs are orange – light brown.
The song of this bird is difficult to distinguish as its specialty is imitations: it is in fact able to reproduce 75 different species through singing.

Biology –
Acrocephalus palustris builds a cup-shaped nest; this is mainly done from leaves and stems of plants, usually in dense vegetation, at different heights. In particular cases, however, it adapts to nest within urban industrial areas intended for redevelopment. It also builds the nest in dry conditions, in areas protected by bushes or in open groves.
The female lays from three to six eggs and both sexes feed the nestlings and are subject to the cuckoo parasitic parasitism. In continental Europe, the species has a breeding season of 52–55 days.
Adults usually leave their breeding area shortly after their offspring are independent; after two weeks the offspring also leave these areas.

Ecological role –
Marsh warbler, as its name indicates, particularly likes to rest on marsh reeds and in general on riparian vegetation, but it can also be found in the midst of sunflower fields, nettle bushes or over willows, etc.
It is a tendentially insectivorous bird, also feeding on some spiders and in snails lesser size. Generally it feeds on insects that live on vegetation but sometimes catches them on the ground or in mid-air; in the autumn it also feeds on small berries.
Regarding the conservation level of this species, globally, the population is believed to be increasing and the IUCN classifies the threats as less worrying. It is estimated that it has a total population of 10 to 27 million individuals.
In some countries, such as in Great Britain, populations are in decline even if the reasons are not fully understood in spite of the suitable habitat. The biodiversity action plan for species also notes that it is unclear what can be done to conserve species as well as protect the habitat at known breeding sites and protect birds from egg pickers and ailments.