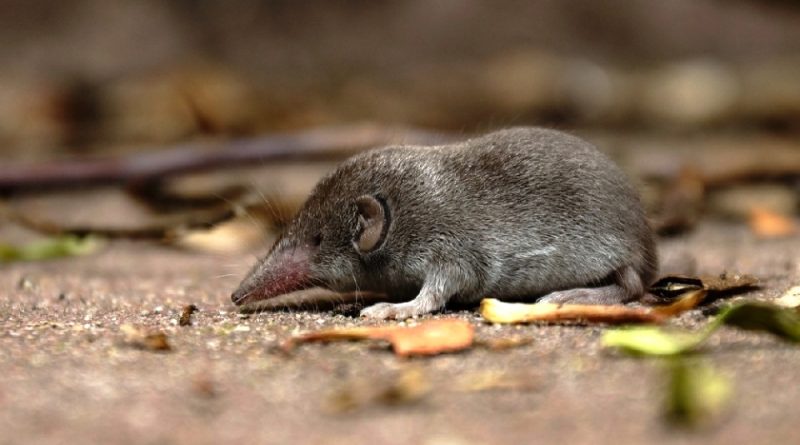 The Lesser Shrew (Crocidura suaveolens Pallas, 1811) is a small mammal belonging to the Soricidae family.

Geographical Distribution and Habitat –
The Lesser Shrew is a species native to a vast range that includes central-southern and eastern Europe and part of central-southern Asia, up to China. The southern limit of its distribution is found in Sinai and Saudi Arabia.
This species in Europe is distributed over two divided areas, the first of which is represented by the Iberian peninsula and south-western France; the second, includes central-eastern Europe, with the natural border of the Vistula and extends north to the Gulf of Szczecin (Poland) and east to the coasts of the Black Sea.
In Italy it is present in almost all regions but absent in Sicily and Sardinia.
Its habitat is that of woodland environments, Mediterranean scrub and prairie, from sea level up to 1800 m above sea level but it can also be found in cultivated areas and in gardens, even if, as a rule, it avoids the most populated areas. 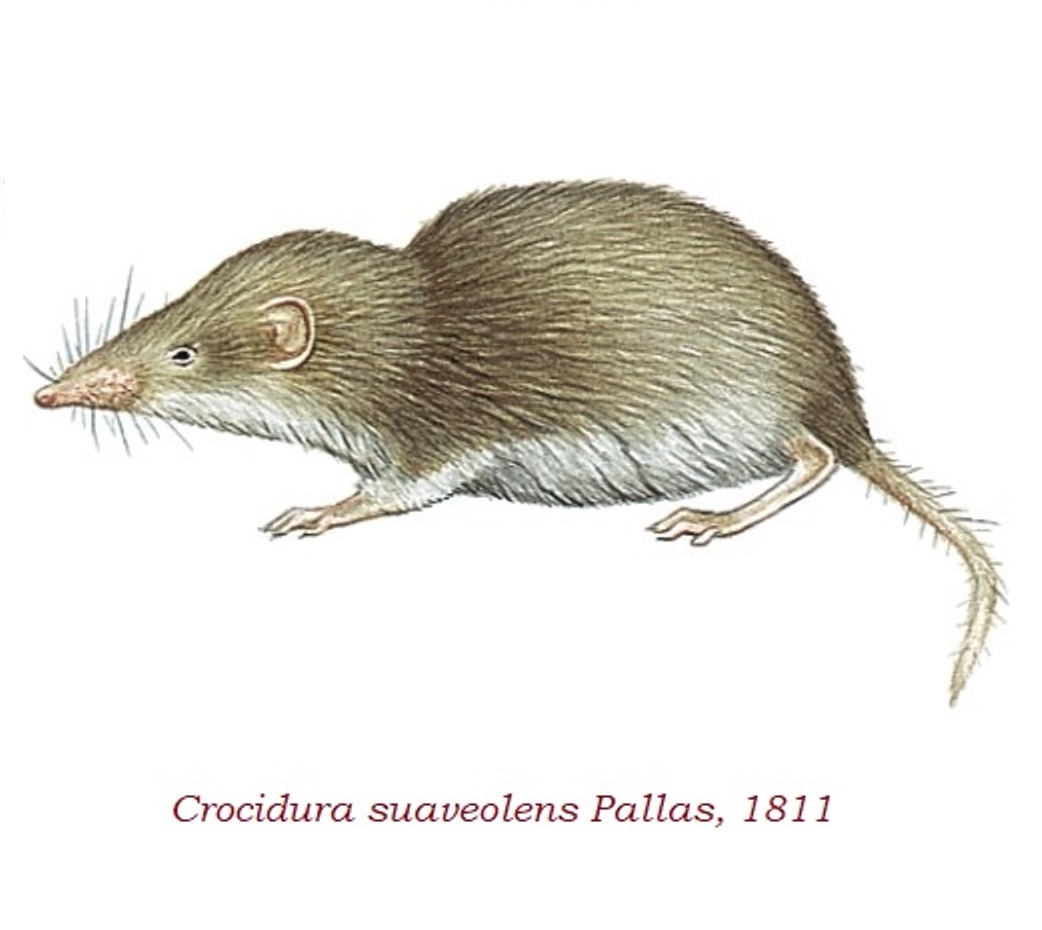 Description –
Crocidura suaveolens is one of the smallest European mammals with a length between head and body of 5.1-7.2 cm. the tail is 2.7-4.4 cm long, the ears 5-6 mm, for a total weight ranging between 3 and 7 grams.
It is recognized for a cylindrical-flattened and slender body, with a short thick hair. The coat, in the upper part is brownish in color mixed with gray, in the lower part it varies from yellowish-gray to dark gray (little contrast between lower and upper parts). The element, among all, that characterizes this species from the congeners Crocidura sicula and Crocidura leucodon, is the lack of a clear lateral demarcation between the dorsal and ventral mantle.
The muzzle is elongated in proboscis.

Biology –
The Lesser Shrew reaches sexual maturity even in the same year of birth and the breeding season runs from spring to autumn. On average, it can have 2 to 4 parts per year, with a gestation that varies between 26 and 27 days. In the end, it usually brings to light 3-6 small birth defects, which are raised by the female in hypogean nests. It can often use as dens nests dug by other mammals or simple ravines of rocks or at the base of bushes, which it covers with a litter of leaves and twigs.
The young leave the nest around eight days of life and reach sexual maturity at about three months.
Characteristic is the habit of the female who guides the offspring in a caravan (caravanning) with the first child firmly attached with the mouth to the fur or tail of the mother and the others to the brother in front.
This system is used to move the brood in case of danger or disturbance to the nest but also to accustom the young to explore the territory.

Ecological role –
Crocidura suaveolens is a terrestrial species with both diurnal and nocturnal habits.
This small mammal consumes significant quantities of food due to its high metabolism, with a diet that is made up of insects, spiders, gastropods, small vertebrates and, unlike other crocidures, also an important plant component made from leaves, roots and seeds.
The containment of this species is linked to the presence of some predators, among which the main ones are the barn owl, and to a lesser extent the owl and the tawny owl. Occasionally it can also be preyed on by mustelids, by different ophidians, by the rat of the kinks and also by having it greater.
As regards the subspecies, in the past, based on taxonomic criteria such as variations in the color of the coat or in the body and cranial dimensions, different ones have been proposed. Although the value of some subspecific subdivisions is questioned, recent studies based on the analysis of mitochondrial DNA suggest that a more thorough systematic review of this species is deemed necessary.
Among the main threats to Crocidura suaveolens, as for other congeners, it can be affected by the effects of the spread of pesticides and other agricultural poisons and in particular, like many other predators, by the accumulation of fat-soluble pollutants along the trophic chains of which it is one of the rings high (L. Contoli in Spagnesi & Toso 1999).
Among the conservation measures, it should be remembered that the species is included in Appendix III of the Bern Convention. Not huntable species according to Italian law 157/92. Considered Least Concern by the European Mammal Assessment (IUCN 2007).