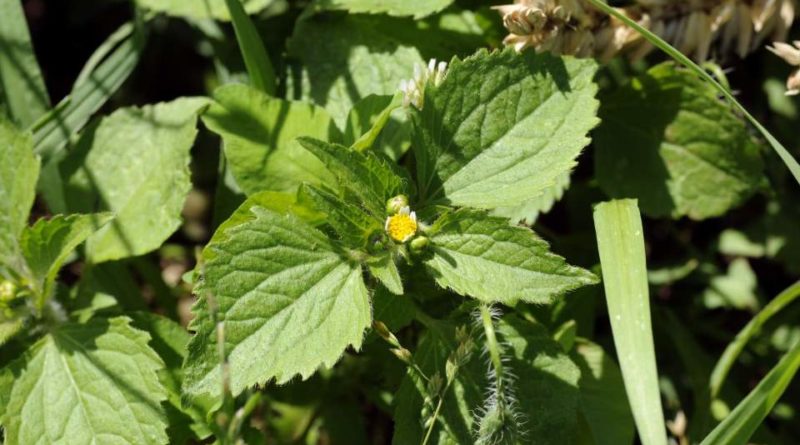 Etymology –
The term Galinsoga comes from the genus dedicated to Ignacio Mariano Martinez de Galinsoga (1766-1797), doctor and superintendent of the Botanical Garden of Madrid.
The specific ciliate epithet comes from cílium ciglio: cilia, with cilia.

Geographical Distribution and Habitat –
Shaggy Soldier is a plant native to the South American continent and which has gradually spread to become practically cosmopolitan.
Recently introduced species, coming from South America, it is considered an exotic plant naturalized in many parts of the world.
In Europe it was introduced to Great Britain in Kew Gardens from Peru, since 1796, after which it quickly naturalized becoming an invasive species for the whole continent; then it also extended to Africa, India, Nepal and Taiwan.
In the Italian territory this plant has a progressive expansion area, where it is present above all in the north, but also in the center and south and on the Alps where it is present everywhere. Beyond the Italian territory it is present on the various European reliefs (with the exception of the Dinaric Alps) and in the Alps it is missing in some French departments.
Its typical habitat is that of orchards and fields, where it is considered a weed, but also in ruderal environments, rural roads, rubble and escarpment areas, where it grows preferably on both calcareous and acidic soils but with basic-neutral pH, high nutritional values ​​of the soil, which must be on average moist and relatively hot-heavy. The altitude distribution goes from the sea level up to 800 m a.s.l. 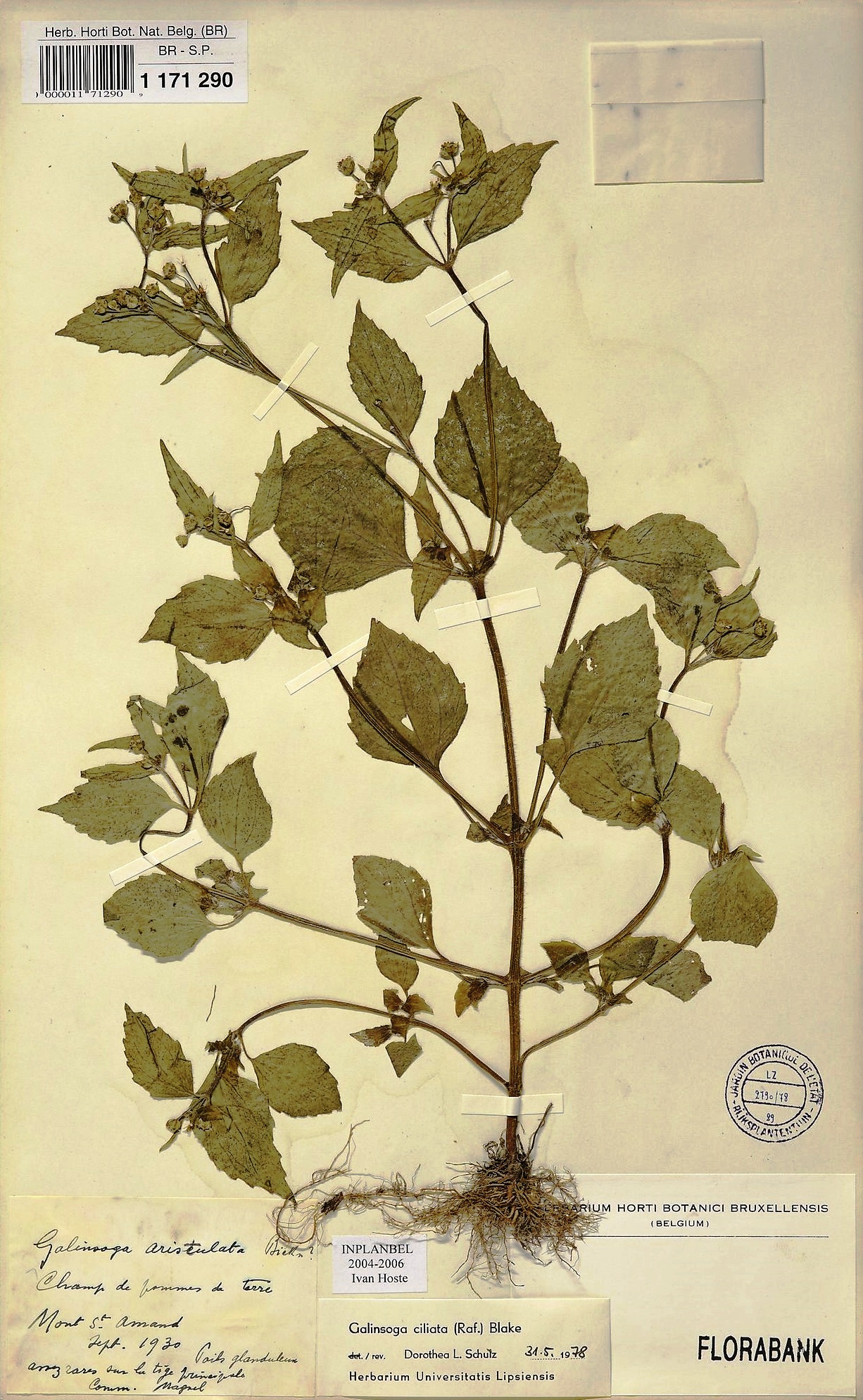 Description –
Galinsoga ciliata is an annual plant, ranging in size from 10 to 80 cm.
The stem is robust, branchy, very velvety, with the presence of often glandular hairs.
The leaves are opposite, with 1-2 cm petioles, yellowish-green in color, with a rough blade that have an ovate-rhombic-lanceolate shape and indented margin.
The flowers are small, with the exteriors, generally 5, white in color, with tridentate ligula and the small, numerous, tubular yellow interiors, gathered to form a small flower head with a diameter of 6-7 mm.
The flowering period runs from May to November and pollination takes place through insects (entomogamous pollination).
The fruit is a hairy achene, with pappus less than or equal to the corolla.

Cultivation –
Shaggy Soldier has a great diffusion capacity and fertilization occurs basically, as mentioned, through pollination by means of insects.
Subsequently the seeds produced, falling on the ground, are subsequently dispersed mainly by ants-like insects (myrmecoria dissemination). Since the seeds are small and light, a certain dispersion is also possible due to the wind (anemocora dissemination).
Under normal conditions, a normal plant of this species, in 8-9 weeks, can produce up to 7500 seeds. The seeds, in contact with the hot-humid earth, are able to germinate almost immediately, therefore the plant can reach 2-3 generations of growth per season; which allows him a rapid geographical spread.

Uses and Traditions –
The scientific name of this species is not commonly accepted by the whole botanical community. In other countries (especially across the Atlantic) in the various checklists it is indicated by the name Galinsoga quadriradiata Ruiz & Pavón (1798).
Furthermore, it is a somewhat variable species also as a consequence of the polyploid chromosome kit. In America, where as mentioned the plant originated, it is verified that the tetraploid species are native to Mexico, while those with higher polyploid values ​​are native to South America. The species of this last area have the crenate-serrated leaves in a very coarse way, the envelopes are bell-shaped and the corollas of the ligulate flowers have violet shades.
Furthermore, hybrids with Galinsoga parviflora are possible: Galinsoga × mixta J. Murr (1931); especially when they live together in the same range.
Among the similar species we mention Galinsoga parvi flora which is also present in Italy. The latter differs from Galinsoga ispida by a less robust bearing, without glandular hairs (which only of the appressed type and is basically hairless).
Galinsoga ciliata can be used for food purposes, tops and tender leaves, boiled and used as vegetables and in herbal soups.
The recommended collection period is the one that runs from February to October.

Method of Preparation –
As mentioned, both young stems, including the most tender leaves, and eaten as a normal vegetable (as in Africa) can be cooked and prepared. In other parts of the world the leaves are dried and used as a condiment for some typical dishes (as happens in South America).