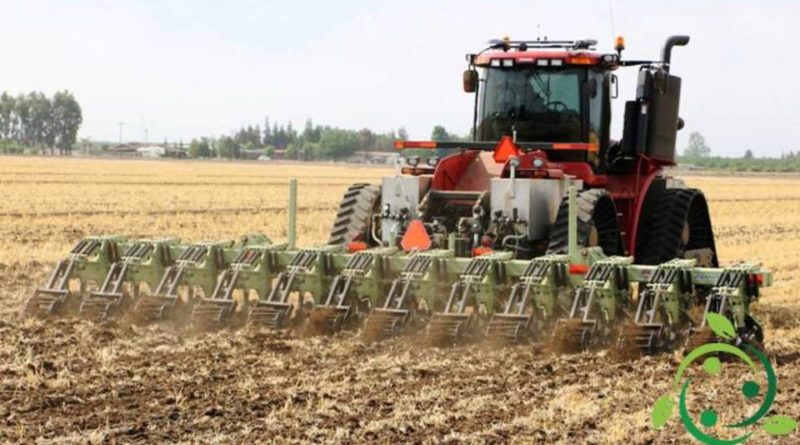 The minimum tillage represents in the agronomic field a soil management method based on the adoption of techniques aimed at less soil tillage.
In general, the term minimum tillgae, however, means a series of soil management techniques based on the adoption of processes that prepare the seedbed with the least number of steps.
In fact, from a technical point of view, the minimum tillage does not meet a standard criterion for which it finds some difficulty in finding a shared definition.
The minimum tillage, however, is inspired by some basic criteria associated with the processes carried out according to traditional schemes which, in the norm, require repeated machine passes in order to perform the main and complementary processes before sowing.
The advent of the minimm tillage technique took over, especially after the 80s of the last century, since if on the one hand the execution of several operations temporarily improves the physical state of the soil, on the other it worsens the structure, for because of the compaction caused by the wheels or tracks of the machines. The inconvenience is accentuated with some deep tillage, in particular plowing, as they reduce the bearing capacity of the soil making it less resistant to compaction.

Furthermore, the energetic processes cause a mineralization of the organic substance, at the expense of the beneficial effects on the structure deriving from a higher content in organic matter and to a modification of the soil microflora system.
With the advent of the energy issue and the growing costs associated with it, the processes, in particular the deep ones, have seen a progressive increase in costs, with an increase in fixed costs due to the need to use tractors with greater power and grip, in able to provide higher traction forces, and with an increase in operating costs for routine maintenance.
Based on these issues, the need for minimum tillage, also linked to the need for the advent of a new agricultural model, based on agroecology, has become increasingly pregnant.
For this reason the minimum tillage has the following objectives:
– reduce the number of machine passes required for sowing;
– minimize interference on physical soil fertility;
– streamline preparation times for crop changes;
– reduce crop costs.