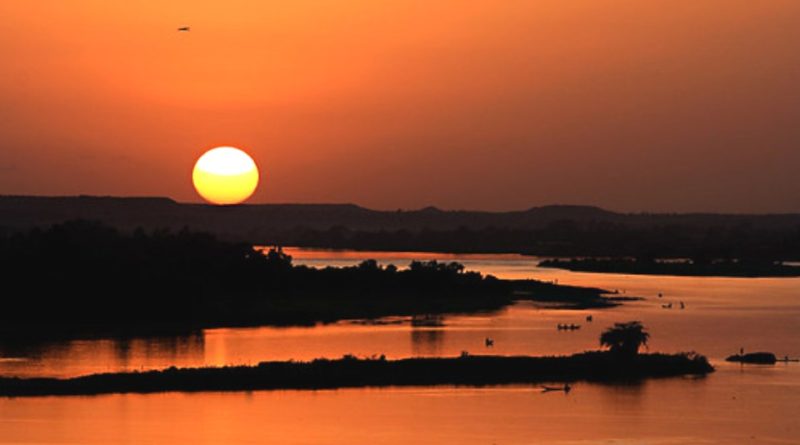 Niger is a state of West Africa, with an area of ​​1,267,000 km², a population of 20,670,000 inhabitants and a density of 16 inhab. / Km².
Niger is a landlocked country bordering Algeria and Libya to the north, Chad to the east, Nigeria and Benin to the south and Burkina Faso and Mali to the west.
The name of this state is due to the Niger river of the same name that crosses it, while the capital is Niamey, south-west of the country and the inhabitants are called Nigerians (while Nigerians are the inhabitants of Nigeria).
Niger is characterized by a morphology characterized that in the central-southern portion of the Sahara, between the Hoggar and the Tibesti, includes, in addition to the Djado plateau, the high crystalline and volcanic massif of the Aïr, with heights exceeding 2000 m
This massif separates two large desert depressions which are the Ténéré to the east and the Talak to the west, sloping respectively towards the basin of Lake Chad and towards the Niger valley.
The central-southern part of the country is characterized by an alternation of short tabular reliefs and depressions, both modeled in sedimentary rocks of the Mesozoic and Tertiary ages.
Within the Sato of Niger we find the short portion of the southeastern end of Lake Chad.
The Chad basin is crossed by numerous almost always dry tributaries (uidian), with the exception of Komadugu, the lake’s inlet, with water for about 10 months a year. Lake Chad, located on the border between Niger, Chad, Cameroon and Nigeria, at an average altitude of about 282 meters, has a variable surface area during the year from around 10,000 to over 25,000 km², due to intense evaporation. The main inlets of this lake are Chari in the south and Komadugu Yobe in the west. Its depth is very modest and varies from 1 to 6 meters, depending on the season.
Apart from the area of ​​competence of the Chad basin, the main hydrography of this country is linked to the Niger river which develops within the national borders at the south-western end for about 500 km, only partly navigable due to the rapids that they interrupt the course and follow one another until Say. 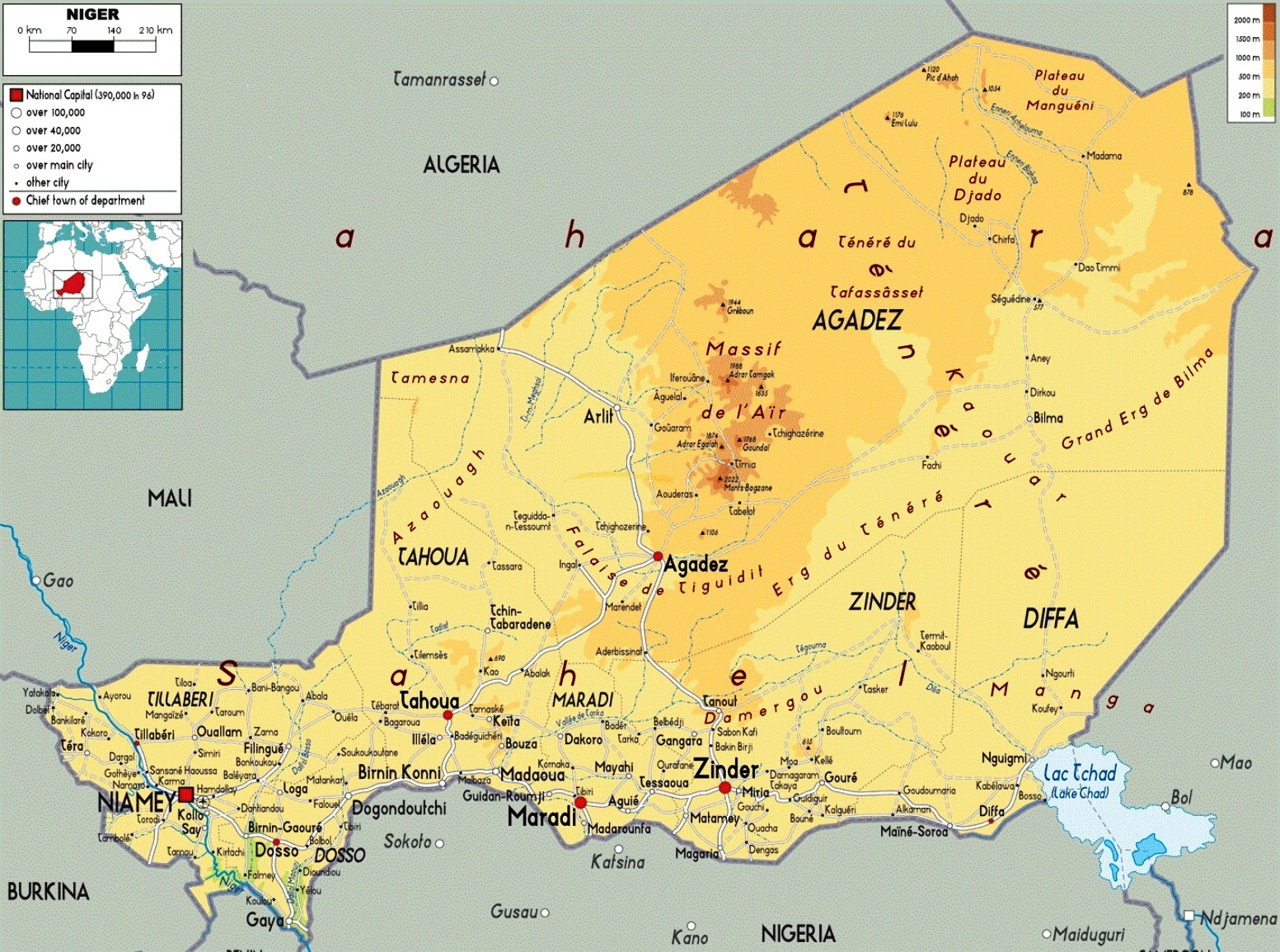 Unlike those on the right, the left tributaries of Niger are temporary in nature, and are almost always dry.
As for the climate of Niger, being this country located immediately south of the Tropic of Cancer, it has a predominantly tropical desert climate, characterized by significant diurnal temperature changes (during the day it can go from 38 ° C to 10-12 ° C in the early morning) and by the scarcity of precipitation: in certain areas of the Sahara it does not rain for years. The south-western and southern belt is instead affected by the influence of the trade winds from the Gulf of Guinea, with consequent rainfall of about 600-800 mm on average per year (750 mm in Niamey), concentrated during the summer season, and by a decrease of annual temperature excursions. Harmattan blows from the Sahara, especially during the winter, a dry and warm wind.

Flora –
The flora of the northern Saharan area is limited to the vegetation present in the oases, where the date palm grows well, which is widely cultivated. Where the desert gives way to the sahel steppe, grasses, euphorbias and thorny shrubs predominate. Along the south-western belt, dominated by the presence of the Niger river, the plant landscape is represented by the arboreal savannah, where various types of acacias and baobabs, shea and mahogany predominate.

Fauna –
In Niger the fauna of the desert areas is partly common to that of the steppe, but limited to thirst-resistant species, such as the camel and the antelope. In these arid and torrid areas I live various reptiles that spend long periods in semi-lethargy buried in the sand. In the southernmost part instead live lions, leopards, jackals, gazelles and giraffes, as well as various species of birds and monkeys. The edges of rivers and Lake Chad are populated by warthogs and hippos.
The Nigerian section of the W National Park, on the right bank of the Niger River, instead preserves a natural and fauna environment which turns out to be the richest in West Africa.