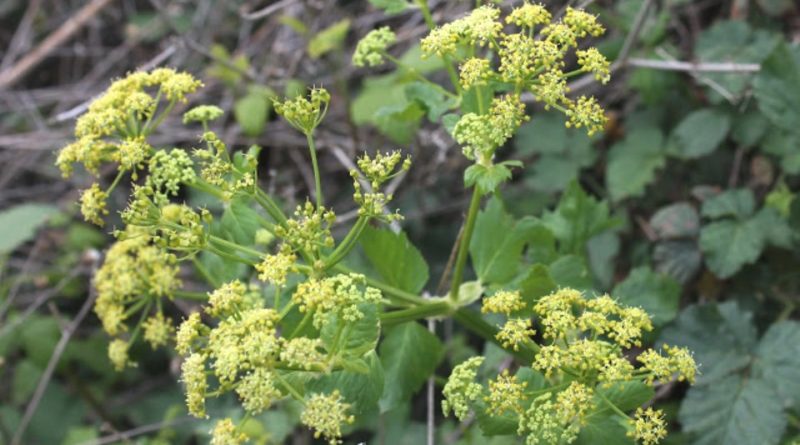 Etymology –
The term Kundmannia was dedicated to the physician and botanist J.Chr. Kundmann (1684-1751).
The specific Sicilian epithet comes from the presence of this plant mainly in the Mediterranean and especially in Sicily.

Geographical Distribution and Habitat –
Kundmannia is a typically Mediterranean species with a distribution area similar to that of the olive tree with a typical habitat of uncultivated meadows, pastures, paths, loose soils, where it grows between 0 and 1400 m above sea level. 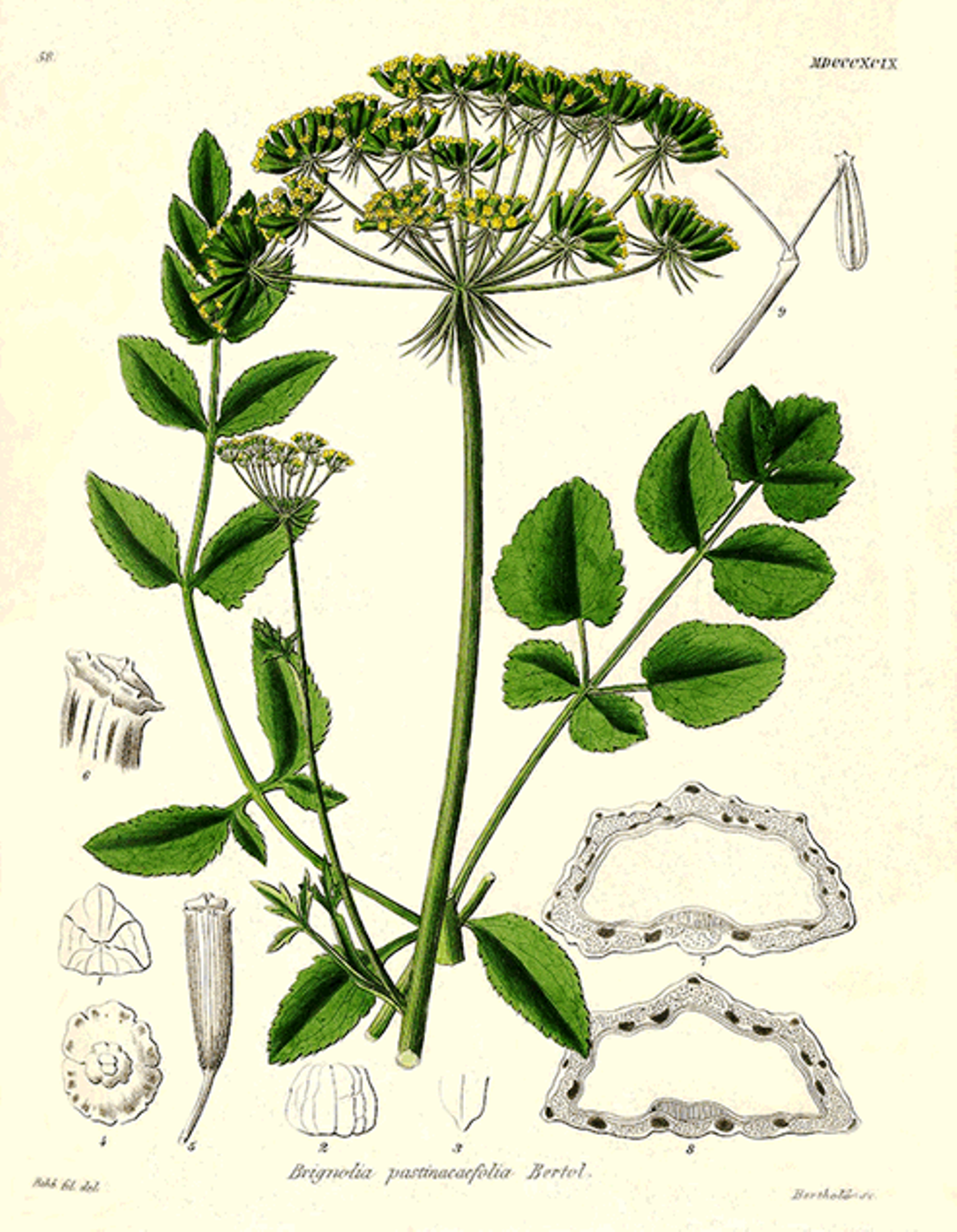 Description –
The Kundmannia sicula is an aromatic, perennial plant, of the size of 30-70, up to a maximum of 100 cm, glabrous, of an intense green color.
The stem is flexuous, erect or ascending.
The basal leaves are pinnate seven and the upper two-pinnate, with oval or oblong segments with serrated edge.
The flowers are small with cylindrical calyx and yellow petals, carried by umbels with 6-16 or more unequal rays. Casing with several linear bracts.
The antesis is between May and June.
The fruit is an oblong-cylindrical, hairless polyachanium of 6-10 x 1-1.5 mm, with thin but prominent primary ribs, numerous vittas (tubes or secretory channels), arranged irregularly.
Seeds with concave endosperm in the commissural face.

Cultivation –
Kundmannia is a spontaneous and typical plant of the Mediterranean area that could be usefully cultivated, starting from seed, to increase the biodiversity of agricultural areas and to obtain a useful integration with essences for food use.

Uses and Traditions –
Kundmannia sicula is mainly used in the south (Campania and Sicily) where the leaves are used to flavor the mixed salads. In Campania it is part of the so-called “marinated soup” which is traditionally prepared during the Easter holidays.
The food use of this plant has long been known also in Sicily where this essence is called “pitrusinu sirvaggiu” (wild parsley).
The used parts of Kundmannia are the leaves and the harvest period is from December to April.

Preparation method –
The leaves of this plant are used, like parsley, as an aroma in the preparation of herbal soups or for various condiments.