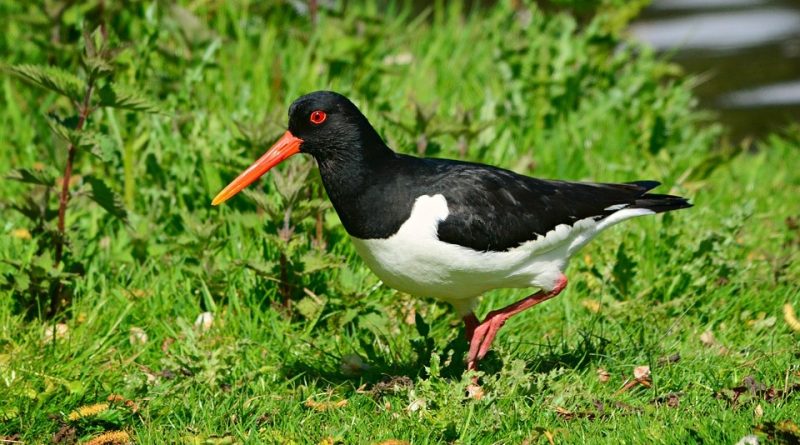 Eurasian oystercatcher (Haematopus ostralegus Linnaeus, 1758) is a bird belonging to the Haematopodidae family.

Geographical Distribution and Habitat –
Eurasian oystercatcher is a nesting wader in western Europe, central Eurasia, Kamchatka, China and the west coast of Korea. The oystercatcher of the Canary Islands (Haematopus meadewaldoi) has become extinct. Previously it was considered a distinct species; in reality it could have been an isolated subspecies or a distinct population of the oystercatcher.
In Europe there are two subspecies: H. o. ostralegus, along the coasts of northern and central Europe and the Mediterranean, and H. o. longipes distributed in the Black Sea and from Ukraine to Siberia to which the Italian population probably belongs. In Italy the main colony is located in the Po Delta, which well represents its ideal habitat.
Its nesting habitat is represented by coastal sandy areas, lagoons, deltas, sand pits. During migration, however, it can also stop in humid or cultivated inland areas. 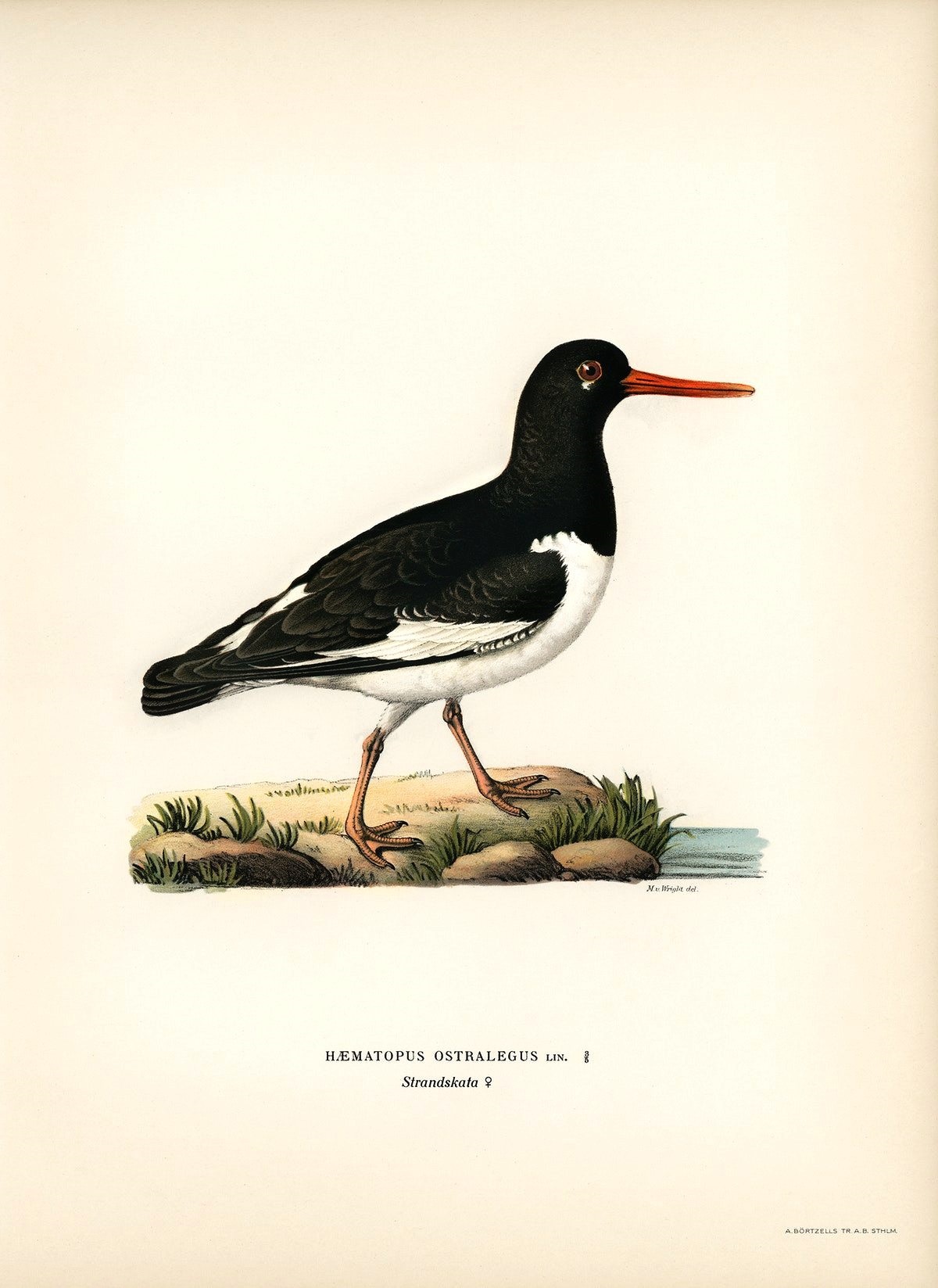 Description –
Eurasian oystercatcher is a large wading bird with differentiated seasonal and juvenile plumage and sexes with similar coloring (females with an average beak longer and thinner than that of males); it is 40–45 cm long, with a wingspan of 80–86 cm and a weight of 300-745 gr.
The plumage is black on the head and on the back and is candid on the chest, in the inferior part and under the wings. The beak is very pronounced (about ten centimeters) – bright red or orange and particularly strong – with which it manages to open the shells to feed on the molluscs. Because of this characteristic the Eurasian oystercatcher is also called Ostrichiere. But also worms and small invertebrates are part of his diet.
The young specimens are of a brownish color, with a white collar and a more opaque beak.
It is an unmistakable bird in flight, with white patches on its wings and tail, otherwise black upper parts and white lower parts.

Biology –
The woodcock nests in the spring and it is in this period that it lives more secluded, even if the nests, built between sand banks, are not placed too far from each other. The nests are placed on the pebbles, in sand banks, inside small basins bordered with shells or blades of grass.
The female lays two to four eggs, which are hatched by both sexes between 24 and 27 days. Two days after birth, the chicks are ready to leave the nest.

Ecological Role –
This volatile, with a strongly gregarious behavior, is recognized for its white and black livery and for its long beak, robust and flattened, which allows it to easily open the shells of the mollusks, although despite its name, the oysters do not make much part of his diet.
In fact, his diet consists of worms and molluscs that he cleverly captures and opens with his beak, strong and robust.
These are birds that are very sociable outside the breeding season.
Because of its high number and easily identified behavior, the oystercatcher is a kind of important indicator for the health of the ecosystems in which it meets.
Oystercatcher is the national bird of the Faroe Islands.
According to the IUCN it is a bird to be ascribed to those with slight threat levels.