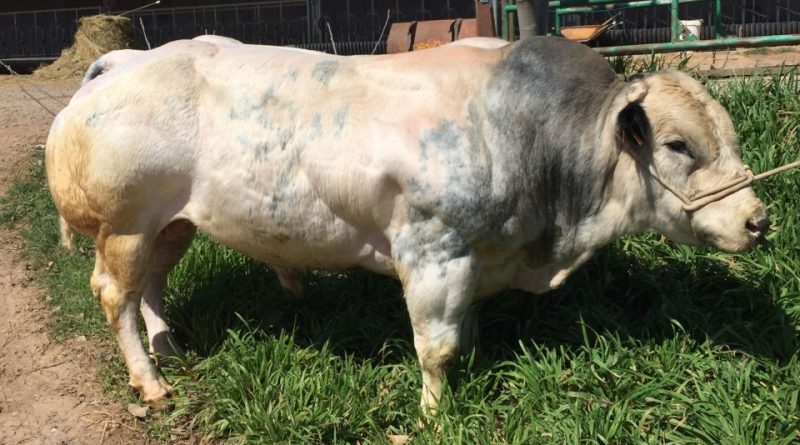 The Belgian Blanc-Bleu (BBB) ​​or more simply Belgian Blue is a bovine breed (Bos taurus Linnaeus, 1758) very common in Belgium, where it holds 50% of the bovine population, both pure and crossed, for the production of meat.

Geographical and area distribution –
The Belgian Blanc-Bleu is a breed present above all in Belgium where it represents 50% of the cattle head (about 1,083,000 head). Its breeding takes place mainly in Wallonia where it reaches 65% of the bovine consistency.
The breed is also present:
– in France, where it was introduced in the 1970s and in 1989 a genealogical register was opened. In 2005, the population was 136,000 animals. 60% of them are available for artificial insemination;
– in the United States, where the breed is usually used for crossbreeding.
– it has also been exported as a pure breed in Russia since 2015 for the improvement of local breeds.

Origins and History –
The Belgian Blanc-Bleu breed comes from a heterogeneous population of cattle selected during the nineteenth century. The goal, then, was to obtain dual-purpose animals with good muscle development. It was during this period that crossings were made with Shorthorn bulls imported from England.
At the beginning of the 20th century, the aim of the selection was to standardize the population by improving milk production and the carcass configuration for the slaughterhouse.
During the First World War this selection was interrupted and resumed later in 1919. The objective was to obtain a breed capable of producing 4,000 liters of milk per lactate at the butyric rate of 3.5%, despite having a musculature capable of give good carcasses for meat production.
Between the 1950s and the 1960s, the selection was geared towards the production of meat animals.
This breed is called in French as Race de la Moyenne et Haute Belgique, or more commonly as Blanc Bleu Belge. Alternative names for this breed include: Blue-white, white Belgian, and spotted blue; Belgian white blue, blue and blue Belgian.

Morphology –
The Belgian Blanc-Bleu is recognized for the color of the white coat, white-blue (prevalent) and more rarely white-black.
It has a fine skin, short and fine but strong limbs.
They are animals of high size and not tall, with a weight that is around, already for calves at birth of about 42 kg, especially in primiparae, which causes some birth problems, resulting in 50% of caesarean sections.
Due to the appearance of their powerful musculature this breed is known as “double musculature”.
The phenotype of the double musculature is a hereditary condition resulting from a normal enlargement of the individual muscle fibers (hypertrophy) rather than from the increased number of muscle fibers (hyperplasia). The enlargement of muscle fibers is due to a mutation of the myostatin gene, that is, the protein that inhibits muscle development. This particular characteristic is shared with another bovine breed that is the Piedmontese. Both breeds, due to mutation interference, also have an increased capacity in converting their nutrition into lean musculature, which causes these particular types of meat that have a reduced fat content.

Production aptitude –
The Blanc-Bleu Belga breed, for these characteristics, has excellent yields for the production of meat with exceptional development of the muscular masses.
Slaughter yield is quite high with percentages ranging between 65 and 70%.
Due to these characteristics, the bulls of this breed are also used for industrial crossbreeding.
As for milk production, today it is lower and closer to the needs of calf feeding.
In general it is also a robust breed that adapts to many situations and with a mild temperament.
As for the quality of the meat, while not showing any particular differences in flavor, it has demonstrated the superiority of the roast for its tenderness. These results have thus encouraged the use of Blanc-Bleu Belga in cross-breeding with zebu in Brazil and Argentina to produce softer meat.