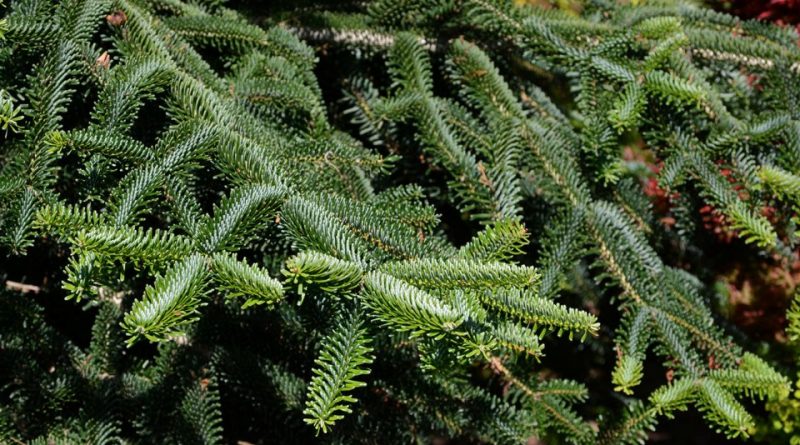 Systematics –
From the systematic point of view it belongs to the Eukaryota Domain, Kingdom Plantae, Pinophyta Division, Pinopsida Class, Pinales Order, Pinaceae Family and therefore to the Genus Abies and to the A. numidica Species.
The terms are synonymous:
– Abies baborensis;
– Picea numidica;
– Pinus baborensis.

Etymology –
The term abies, is the classical Latin name (Virgilio, Egloghe) that comes from the Sanskrit root abh to gush, because of the resin; according to an etymological interpretation, it could derive from the Greek word ἄβιος = long-lived.
The specific numetic name is in reference to the ancient name of Numidia, a region that corresponds to present-day Algeria.

Geographical Distribution and Habitat –
The Algerian fir is a tree that grows in the mountains of northern Algeria in a very small area, which has an extension of about 30 km², but present in a very sparse and rarely in pure formations, near the Djebel Babor massif in the portion of the coastal Atlas that crosses the Little Kabylie region in the north of Algeria. 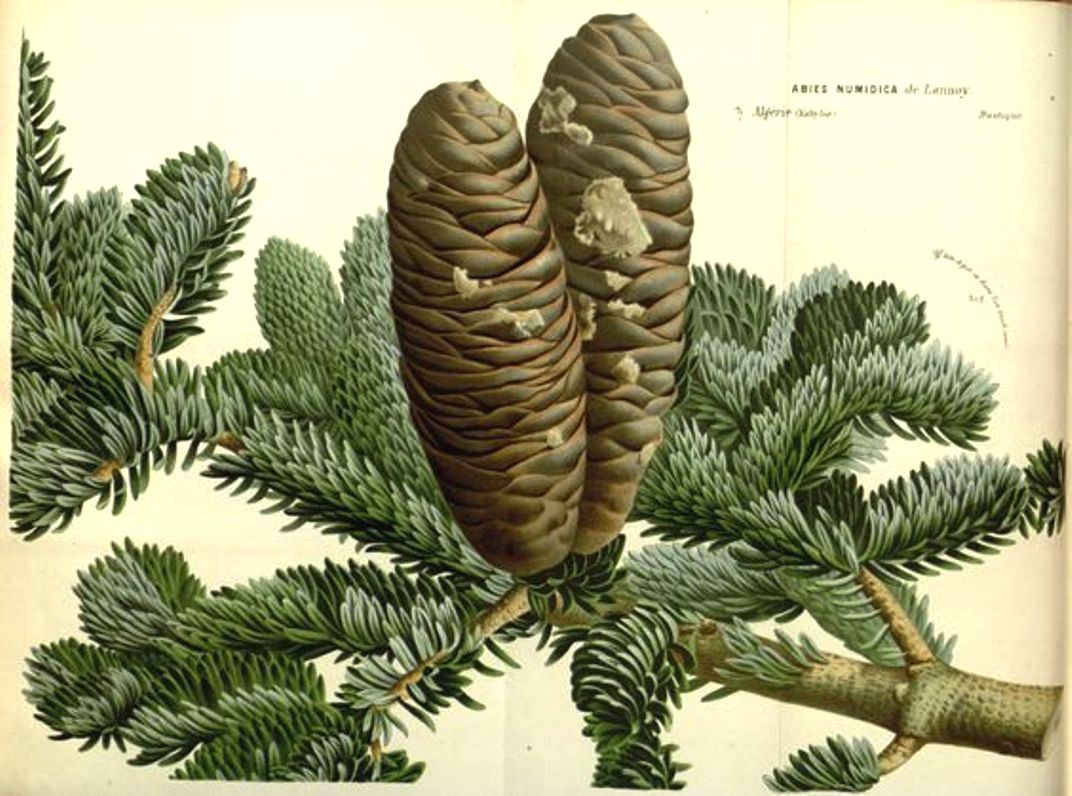 Description –
The Algerian fir is a tree that can reach 20-25 m, with a trunk of 0.5-0.8 m of diameter, with monopodial growth.
The foliage is pyramidal in shape, dense but irregular.
The bark is gray when young to become with the cracked age and staircase, and of a brownish color.
It has lower branches curved downwards, while the upper ones extend horizontally, then stretch towards the top.
The apical twigs are solid, robust, gray-brown or yellowish and bear smooth, glabrous, green-brown and little resinous buds.
It has needle-like leaves, dark green, 1.5-2.5 cm long, silver in color near the apex and with the lower surface covered by two whitish bands.
The male flowers (microsporophylls) are red, carried at the base of the branches, the female ones (macrosporophylls) are green, carried in separate upright bunches on the same plant.
The strobili are cylindrical, 15-20 cm long, up to over 5 cm wide, with 3 cm flakes.
The seeds are light brown, about 1 cm long, with oblong wings of 1-1.5 cm.

Cultivation –
For the cultivation of this plant it is taken into account that the numidic abies resists well to summer drought. It is suitable for ornamental purposes due to its lush, green foliage. It can be successfully cut and then used for hedging operations.

Uses and Traditions –
The Algerian fir is a plant coming from Algeria, where it occupies an area of ​​the Babor and Talahor Mountains in the Kabylia chain from 1300 to 2000 m. of altitude. It is often confused with Quercus mirbecki, Cedrus atlantica, Taxus baccata, Ilex aquifolium and other species.
Actually, on a total forest area of ​​about 27 km², only less than one km² is occupied by A. numidica, this is because the pure formations are rare, where they are found much more frequently mixed formations with Cedrus atlantica, Quercus faginea, Acer obtusatum, Populus tremula, Sorbus aria and Sorbus torminalis, with Taxus baccata occasionally.
These are particular forest associations typical of a humid mountain climate (1,500-2,000 mm per year), at an altitude just below or equal to 2,000 m, with dry summers and wet and snowy winters. As for the undergrowth, at the level of shrubs the most frequent associations are with Daphne laureola, Lonicera kabylyca and Rosa sicula; among the herbaceous plants, Asperula odorata, Paeonia corallina and Silene atlantica are found (among others).
Regarding the risk of this species, despite the fact that the numidic fir range is part of the Djebel Babor Nature Reserve, an integral reserve with restricted and monitored accesses, there are several external threats for the survival of this species, whose population is very reduced in number and unbalanced in favor of mature individuals, with little presence of young specimens; among the threats we remember above all: forest fires, the collection of wood for fuel use and the grazing of sheep herds which, if not adequately limited, could lead to the extinction in the wild of this fir. For this reason the species is considered to be critically endangered by the IUCN Red List.

Preparation Mode –
The Algerian fir does not have particular uses of food or pharmaceutical type and in any case, given its small presence in its restricted habitat, even the uses for the use of wood for various purposes is prohibited.