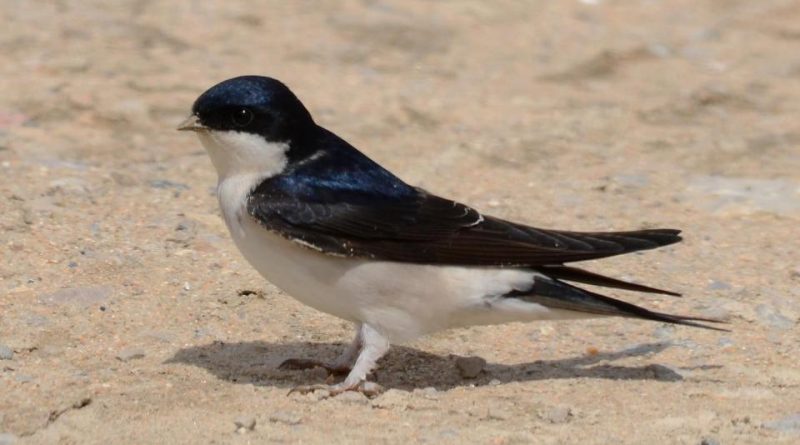 The common house martin (Delichon urbicum Linnaeus, 1758) is a migratory bird belonging to the Hirundinidae family.

Geographical Distribution and Habitat –
Common house martin is a species that reproduces throughout Europe and in most of Asia and the Maghreb. The balestrucci that live in Europe winter in Africa to south of the Sahara up to the province of the Head; other wintering areas are located in Southeast Asia and, to a small extent, on the Arabian peninsula by the Red Sea. In Italy this bird arrives in spring to nest and starts towards the south as winter approaches.
The habitat of this bird is represented by the territories with densely populated cultivated, in the territory open even in the cities. 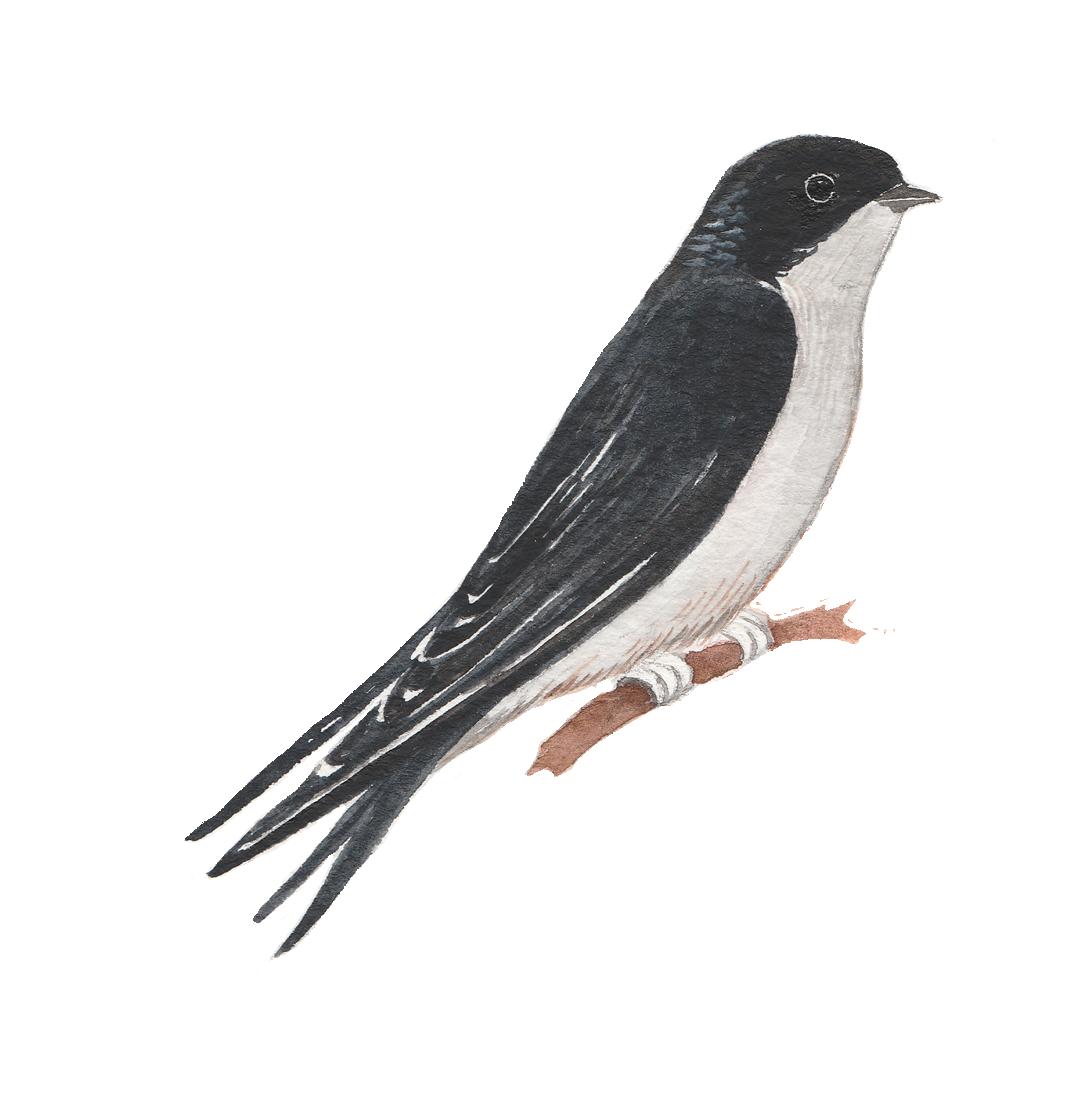 Description –
Delichon urbicum is a swallow with an average weight of 15-25 grams, with a length of 13-15 cm and a wingspan of 28-30 cm.
It has an appearance similar to that of the swallow from which it differs for the wide white band on the rump, otherwise metallic blue in the swallow, the white throat instead of the dark one and the short tail and less forked.
The tail is less forked than that of the swallows and its body is a bit more tapered. The legs are short and the feet are covered with a white plumage.
Its call is similar to a “prit” that in dangerous cases becomes an acute “siir”; the song is a suffused chirping, similar to a chatter or a lullaby, not as changeable as that of the swallow.

Biology –
The crossbow builds its nest under gutters, canopies, door entrances and, rarely, even under cliffs and rocky walls, reinforced concrete bridges or similar in the context of human settlements.
The nest consists of balls of sticky material, which are glued with saliva, and internally muffled with hay and feathers. The shape of the nest is of a half sphere closed with an upper access hole. This construction is also used gladly by other bird species as a place to nest, for example from the domestic sparrow. The female of the balestrino lays 3 – 5 bright white eggs and the laying takes place two or three times during the good season. Both parents hatch them for 12 or 15 days and feed the young for another 25 or 26 days.

Ecological Role –
Delichon urbicum is an insectivorous bird that feeds on small insects that it captures in flight.
It is a bird that, like other species of swallows, is linked to man but unlike the common swallow it seems that it chooses to nest in colonies formed by numerous couples in large inhabited centers.
Unfortunately since 2004 the balestruccio entered, in the Federal Republic of Germany, among the species at risk of extinction.
The causes of the threat of this bird’s populations are linked above all to changes in the settlement field. The nests in fact do not stick on the modern and smooth facades, often they are carelessly destroyed during the renovations or by the way of order. On sealed surfaces, balestrucci can no longer find materials for their nest.
The common house martins, like the swallows and the domestic sparrows, reenter in the category of the birds worthy of protection and by law therefore their nests cannot be destroyed. This protective status is also valid for bats, and should be considered one of the exposed causes of risk of extinction of the species.
Furthermore, since the balestrucci are relatively insensitive to disturbances near their nest, even in the case of building renovation programs the needs of the birds can easily be considered, trying to postpone the work of the roof from the part used by the swallows after the brooding period (beginning May – mid-September). It is sufficient that the scaffolding is removed before the birds arrive, so that when they return the nest is free again.