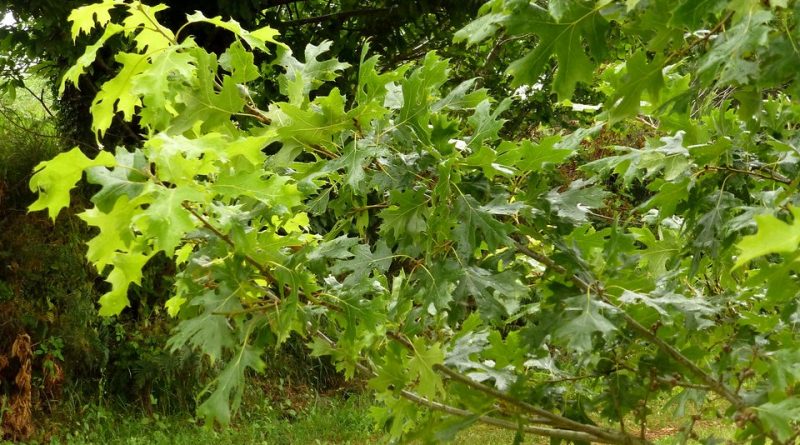 The acerifolia oak or maple oak (Quercus acerifolia (E.J.Palmer) Stoynoff & Hess) is an arboreal species belonging to the Fagaceae family.

Systematics –
From the systematic point of view it belongs to the Eukaryota Domain, United Plantae, Magnoliophyta Division, Magnoliopsida Class, Fagales Order, Fagaceae Family and therefore to the Genus Quercus and to the Species Q. acerifolia.
The term Quercus shumardii var is synonymous. acerifolia E.J. Palmer.

Etymology –
The term quercus comes from quercus, the Latin name for oak, a plant sacred to Jupiter
The specific epithet acerifolia comes from the genus Acer (the Latin name of the maple mentioned in Pliny and Ovid which could derive from acer acris a punta, pungente, for the pointed lobes of the leaves or for the use of maple to make spears) and from folium leaf: with leaves similar to those of a maple.

Geographical Distribution and Habitat –
Quercus acerifolia is an endemic and rare species present in some wooded areas of the Ouachita mountains which are a mountain range in the central-southern United States of America that extends for about 320 km in length between the center of Arkansas and the south-east Oklahoma.
Its habitat is represented by temperate forests of deciduous trees and even sunny areas. 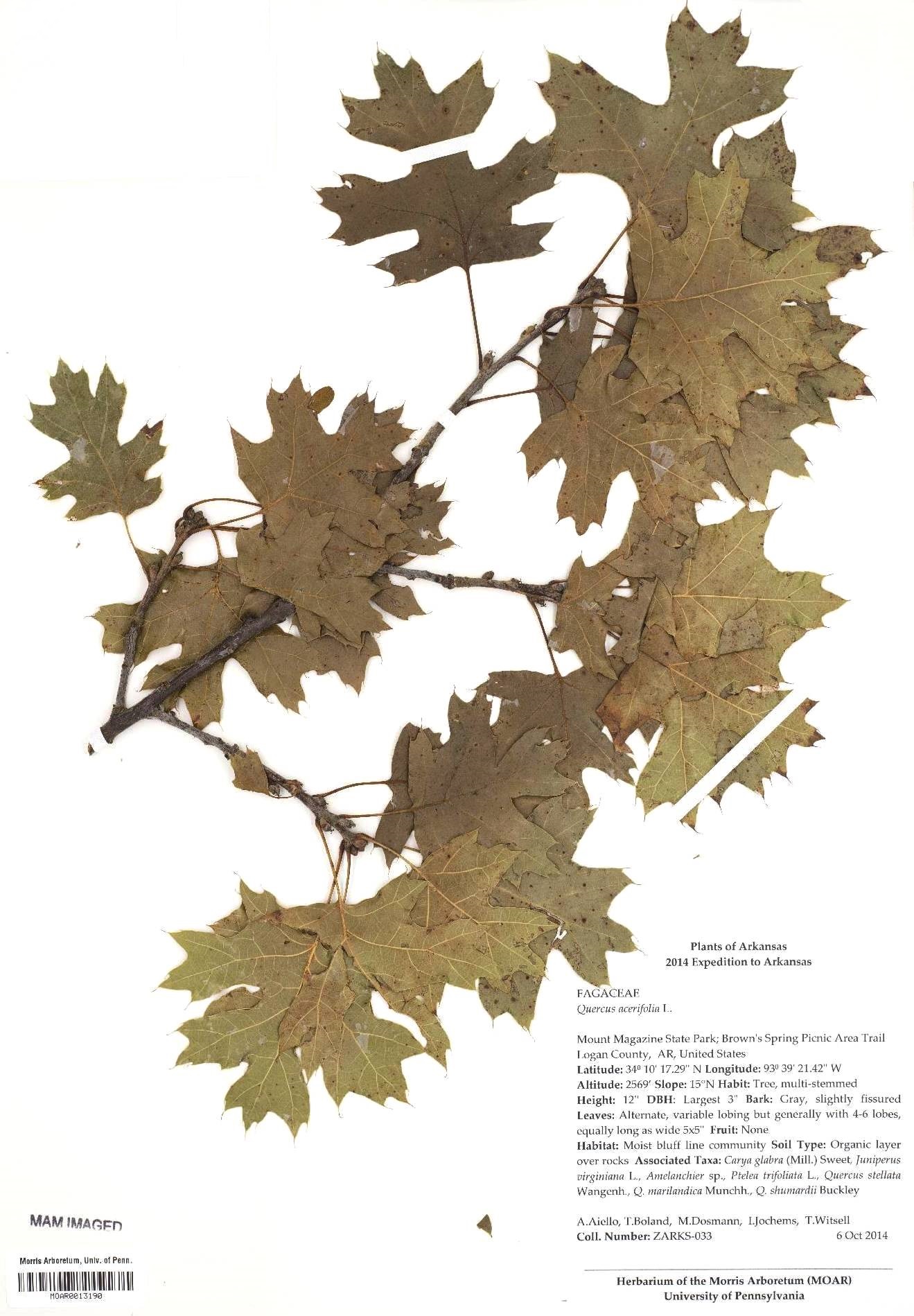 Description –
The acerifolia oak is a medium-sized deciduous tree of the group of red oaks that in nature can grow both in a multiple stem shrub form and in a single trunk arboreal form that generally does not reach more than 15 meters in height at maturity.
The leaves are broad, dark green, similar to those of the Acer saccharum, 6 to 14 cm long and 10 to 15 cm broad, deeply lobed in 5-7 spiny lobes and with the two central lobes larger than the other three . The leaves joined in the autumnal period take on a reddish color.
The bark is greyish in color, smooth in the early years but acquires, with the passing of the years, greater roughness and darker coloring.
The flowers are yellow-green, insignificant in appearance.
It is a monoecious species, with male and female flowers on the same plant. The male flowers are gathered in yellow catkins, the female ones are green.
The flowers appear at the beginning of spring when the leaves emerge.
The fruits are oval acorns, up to 20 mm long.

Cultivation –
The acerifolia oak is a plant that can be grown in sunny areas and in full sun.
They are plants that need a low maintenance, with a fall of the autumn leaves, after having assumed a reddish color, and that also endure drought conditions, with the exclusion of the first years until the root system has deepened into the ground.
The soil must have a good permeability but not excessively loose.
Furthermore, although it is a plant susceptible to a large number of potential parasites, such as insects and other plant diseases, it is generally considered quite resistant and long lasting without any particular problems in cultivation.

Uses and Traditions –
Quercus acerifolia is a rare species of oak from North America that grows in some wooded areas of the Ouachita mountains where it develops in its natural state.
The acerifolia oak was first described in 1926 by Palmer and given the name Quercus shumardii var. acerifolia.
Recent research and the work of Stoynoff and Hess have elevated this plant to species in its own right mainly due to differences in the morphology of the leaves and acorns.
Its prevalent use, given also the threat of its habitat is that of tree shade tree or in parks and gardens. Because of its appearance, and as a rare species, it deserves a prominent position in the landscape; it can also be difficult to find on the market.
The quercus acerifolia is classified as “in danger” in the IUCN red list because its range is very small, as is the number of specimens known today.
The threat is mainly due to the erosion of its natural habitat.

Preparation Mode –
Quercus acerifolia is a tree that, in addition to ornamental uses for parks and as a shade tree, has no particular uses.