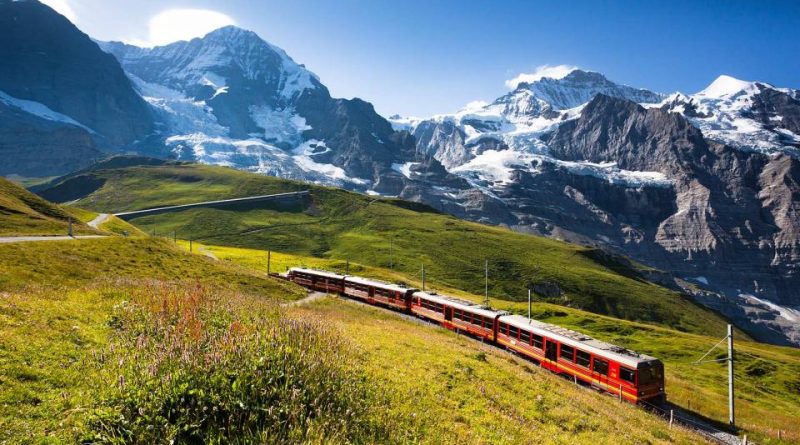 Mongolia is a state in central-eastern Asia, with no access to the sea and bordered to the north by Russia and to the south by China and is only 38 km from the eastern tip of Kazakhstan.
The capital of Mongolia is Ulan Bator which is also the largest city, in which about 45.9% of the population resides.
Mongolia has a political system based on a presidential republic. The president is elected by the citizens and appoints the prime minister, but cannot appoint ministers or dissolve parliament. He may, however, veto the laws being approved.
Mongolia has a population of around 3.2 million people and an area of ​​1,566,000 km², with the lowest population density in the world.
In Mongolia about 30% of the population is nomadic, mainly devoted to breeding. The predominant religion in Mongolia is Tibetan Buddhism and the majority of the citizens of the State are of Mongolian ethnicity even if minority ethnic groups are present, including Kazakhs and Tuvans, especially in the western part of the country.
From a geographical point of view, the landscape of Mongolia is very varied, with the Gobi desert to the south and the cold and mountainous regions to the north and west. Much of Mongolia consists of steppes. The highest point in Mongolia is the Hùjtnij peak, in the Nayramdal Uur massif, at 4.374 m s.l.m. The basin of the Uvs Nuur lake, shared with the Republic of Tuva (Russia), is one of the UNESCO World Heritage Sites.
From the climatic point of view, Mongolia is characterized by a mild summer climate, while in winter the temperatures drop to -40 ° C and to -60 ° C in the taiga.
The country is also subject to harsh climatic conditions (zud is the term by which the Mongols define a particularly cold and snowy winter). Ulan Bator has one of the lowest average temperatures in the world. Mongolia is a country with an altitude among the highest in the world. It has a continental and tendentially windy climate, with long and harsh winters, while in the summer months, during which most of the annual precipitation occurs, the dry and healthy climate reaches 25-30 ° C. In this short season the wind is the protagonist: the fresh one from the North, the warm one from the Gobi.
The term gobi in Mongol means a category of arid steppe pastures with enough vegetation to support marmots and camels. The Mongols are used to spell out this difference, even if the distinction is not always obvious to tourists. The landscapes of the Gobi are extremely fragile and are easily destroyed by the excessive exploitation of pastoralism, a phenomenon that continues to grow which is harmful to camel survival.
Mongolia, despite appearances, is a region where nature is still sovereign. We are in the presence of immense spaces, which may appear to be a concentrate of “nothing” to a distracted visitor, they are instead very rich in very diversified animal and plant life, sometimes unique in the world. There are even almost unexplored territories, where the discovery of new species is still possible, an extremely rare event in the rest of the world. This is the case of the recent discovery of 22 new plant species, which occurred on the remote Altai mountain range, the famous golden mountains that form a natural border between western Mongolia, China, Russia and Kazakhstan.
The Mongol, a nomadic individual par excellence, is intimately linked to nature and respects it not only for convenience (he knows that his life depends on her), but out of an almost religious conviction and by ancient custom. In what is considered the first worldwide “Constitution”, the Code of Laws issued by Genghis Khan, environmental protection is clearly evident, at least 7 centuries ahead of our current (and belated) concern for our health Mother Earth. For example, the Code even imposed the death penalty for those who caused damage to land and grasslands with unauthorized excavations, or for those who started a fire. It was also forbidden to wash inside the river (or throw someone in it!), A very timely and undoubtedly wise precaution against pollution.
Unfortunately with the recent impetuous modernization, even the spirit of many Mongols is fatally changing. This population, which suffered harsh repression at the time of the first Chinese and then Russian domination, now sails uncertainly between the respect for the ancient rules and the new desires aroused by the consumer civilization. With the need to survive too sudden changes that have caused strong social instability, many Mongolians have used their knowledge of the area to become guides for tourists who come to Mongolia more and more. Unfortunately some travel agencies employ local guides who accompany tourists not only to discover the many beauties of the country, but also for hunting trips that are seriously depleting wildlife. 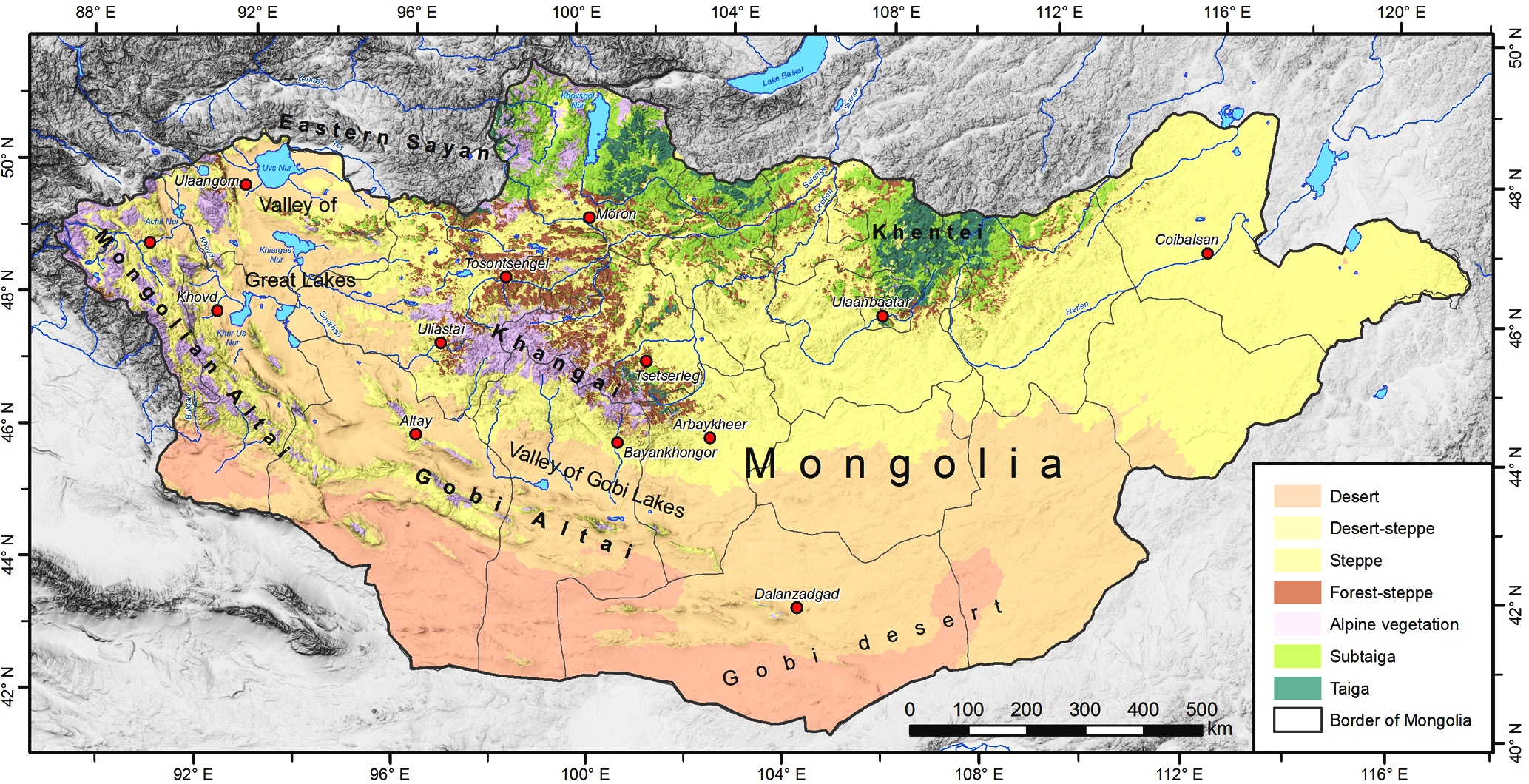 The Mongol is an excellent hunter of ancient heritage and up to the present day he killed only to feed himself, respected and even honored his prey in a complex ritual that thanked the Tengger – the deep blue sky, Father of all Mongols – for the gifts given to the his people.
The alarms launched by environmental associations, as well as in-depth research on the actual consistency of the wildlife heritage carried out in close collaboration with government institutions, have recently convinced the Mongolian Government that allowing indiscriminate hunting to Westerners is not a good investment for the country. A regulation that came into force in 1995 restrictively regulates hunting and imposes border controls, and in 2002 the Mongolian Parliament approved a law that protects the fauna and flora. Currently Mongolia, in addition to the exploitation of huge mineral deposits has only one great wealth: an environment still practically intact, rich in animal and plant life that includes several endemisms. We like to think that those who read us are lovers of nature and start armed only with a camera, camera and a healthy dose of curiosity.
Thus, in the current state of research, as many as 21 species are in danger of extinction; most are ungulates and carnivores that have been over-exploited, while for other small mammals, such as bats, data are scarce. This does not imply that the latter are at lower risk, but that it is necessary to extend the knowledge of small mammal populations in areas not yet sufficiently studied. The purpose of this volume is to bring to the attention of politicians, ecologists and the government the actions to be taken so that in future the mammalian populations in Mongolia are still viable. For some species listed in this volume special measures have already been launched, our work does not intend to replace them, but rather to accompany them and provide some suggestions.
The future of the precious biodiversity of mammals in Mongolia depends on the degree of involvement of the Mongolian population – and of the world community – in the work of safeguarding the animals that are currently in serious danger of extinction.
The naturalness of Mongolia is also linked to the fact that the cultivable surface is very limited due to the cold climate. Much of its territory is covered by steppes, with mountains to the north and west and the Gobi desert to the south.

Flora –
The flora is also rich: the aster alpinus (Alpine star), typical of the tundra; ephedra (Ephedra) a small shrub with red flowers; rhubarb (rheum palmatum), an officinal species that grows spontaneously here; the cymbalaria dahurica: it grows in the steppe and in the semi-desert areas; and then again, the classic edelweiss and the lilium pomilium, widespread in the freshest prairies and used in folk medicine. There are also Artemisia bushes, “commonly called genepì”, the dwarf birch in the tundra, yellow alpine poppies and the sedum that live up to 3,500 meters of altitude; they are succulent plants commonly called borracine.

Fauna –
For an ancient tradition, the Mongols worship five sacred animals: the horse, the camel, the yak, the goat and the sheep. If it were not for indiscriminate hunting, Mongolia would be a real paradise for animals. The low density of inhabitants per square kilometer and the very particular climatic conditions have created the conditions for a rare and wild fauna: six hundred species of vertebrates, 20 thousand of invertebrates and a very high number of birds and fish populate Mongolia from Gobi to Siberia, from the Altai to the eastern borders.
Numerous endemic animals, such as the Euchoreutes nose (known as the “rat kangaroo) that lives in the Gobi or the Salpingotus kozlovi (a 4 cm long kangaroo mouse), the very rare Gobi Bear (maazalai), the Przewalski horses (in Mongolian Takhi ,), the wild camels and the legendary snow leopard that survives in a few specimens in the Altai mountains.