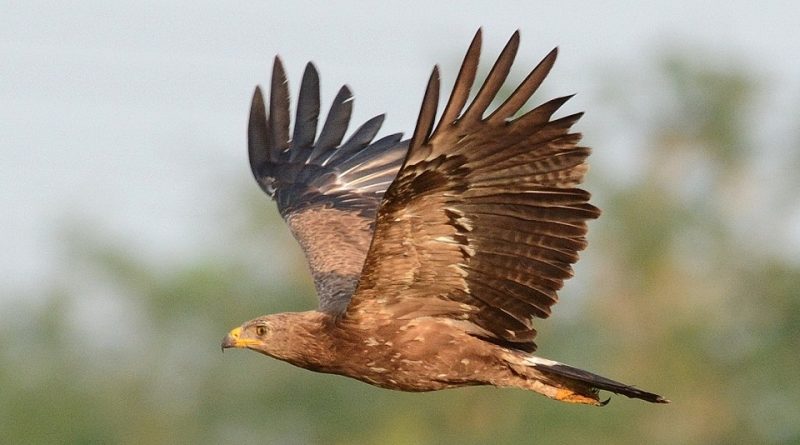 The lesser spotted eagle (Clanga pomarina (Brehm, 1831)) is a bird of prey belonging to the Accipitridae family.

Geographical Distribution and Habitat –
The lesser spotted eagle has a distribution area between Europe, Africa and the Middle East.
In Europe the area of ​​distribution of the species is centered between the southern part of the Baltic Sea and the northern portion of the Black Sea. About 70% of the European population of this raptor nests in Poland, Belarus and Latvia.
This bird of prey reproduces in central and eastern Europe and towards south-east in Turkey and Armenia and, in winter, in Africa.
The habitat of this species is that of open or slightly wooded territories, in which it hunts small mammals and similar terrestrial prey.
The territories of visit of the Clanga pomarina differ in different years and the distances between the territories constantly vary with a synchronous variation, also linked to the reproductive success that indicates that these eagles are instead influenced by large-scale factors such as climate fluctuations or availability of prey. 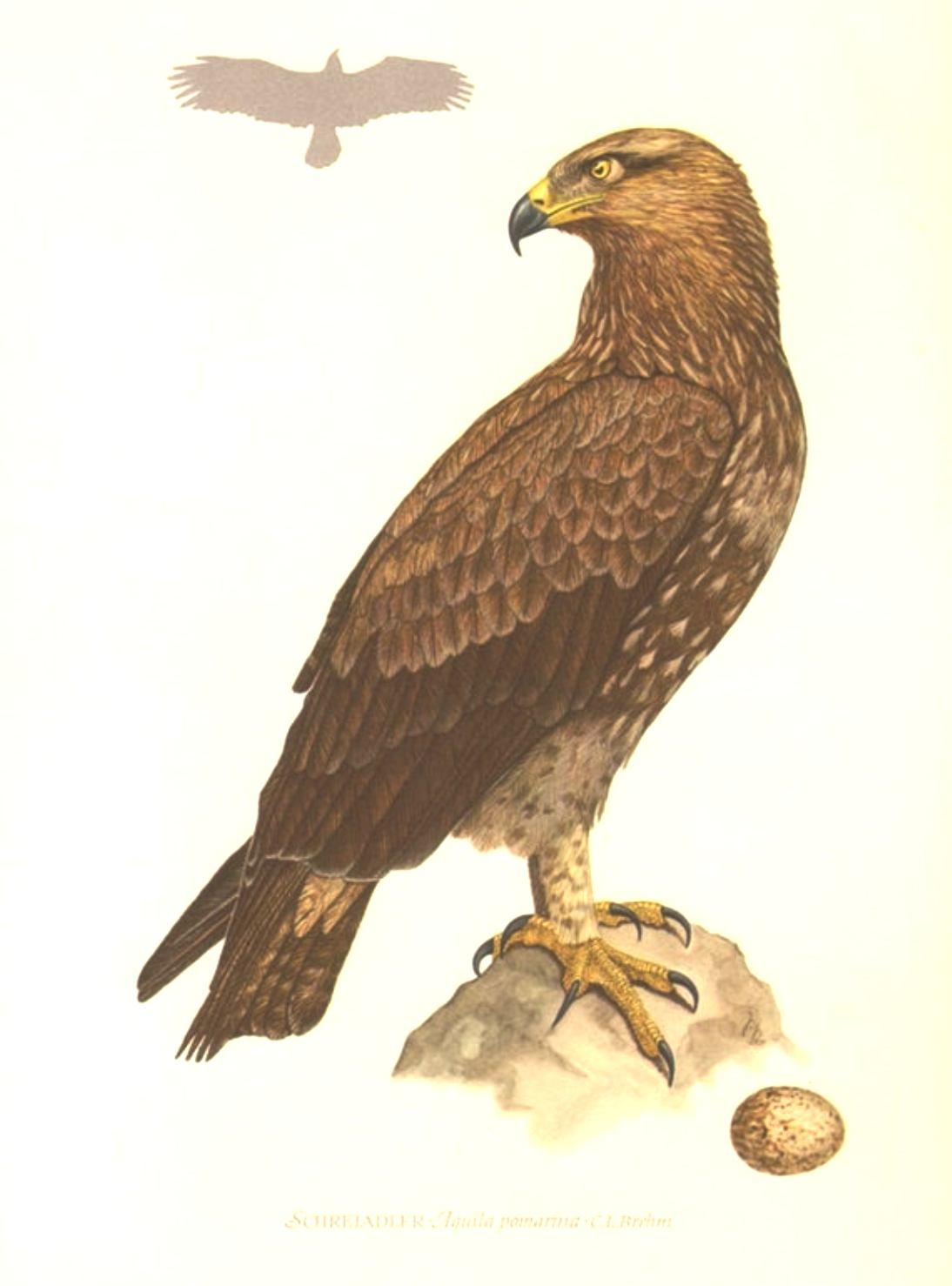 Description –
The lesser spotted eagle has dimensions around 55-65 cm in length, with a wingspan of 143-168 cm.
The sexual dimorphism is almost null and the plumage is almost completely brown with the exception of a narrow whitish band between tail and rump in the shape of a “V” and light spots at the base of the primary remiges on the wing.
The beak is yellowish in color with a blackish apex and the uncovered part of the legs is yellowish.
The young have an appearance similar to adults unlike, on the upper part of the body, a lighter color with whitish speckles on the upper part of the wings; it is also very evident and diagnoses a tawny spot on the nape.

Biology –
Clanga pomarina is a bird of prey that rarely nests in eastern Europe, in areas with lowland forests and marshes. Leave Europe at the end of September.
Where it nests, instead, this eagle lays from one to three white eggs inside the tree nests.
The time of reproduction coincides with that of greater presence of prey and the female begins to incubate when the first egg has been laid.

Ecological Role –
The lesser spotted eagle hunts and feeds on small mammals.
It is a species that is still widespread over a vast area that therefore does not approach the vulnerability thresholds according to the criterion of population size and habitat variability and fragmentation.
The trend of the population is not perfectly known, but it is not believed that the population is decreasing sufficiently quickly to approach the risk thresholds according to the criterion of population trend.
For these reasons the species is considered a low-risk species.