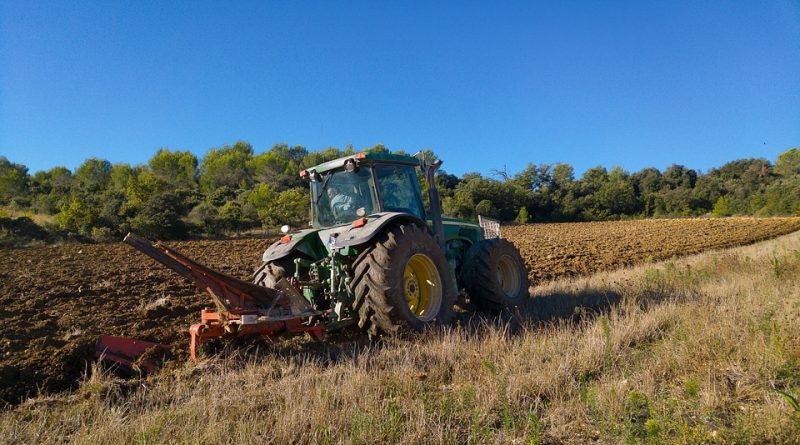 The term plowing means that agricultural operation which consists in working the layer explored by the roots of the plants to make it more suitable for their vegetative and reproductive phase.
This technique is performed with some tools, towed by machines or animals, of which the most frequent is the typical plow with vines and moldboard; this plow is an instrument that practices the cutting and overturning of a block of soil, called a slice, which has the shape of a parallelepiped. However, other processing techniques, although differing conceptually from the cutting and overturning of the slice, refer to the term plowing.
The general objective of plowing is to crush a layer of soil in order to create better conditions for air and water circulation, to eliminate crop residues or weeds and to prepare it directly for sowing or planting of plants or other processes.
As a result of the plowing, therefore, the soil is elaborate, chopped, mixed, aerated, prepared to better absorb water and develop the root system and for the chemical and biological processes inherent to plant nutrition. Plowing is performed using the plow, probably a tool originating from Egypt or the East (See article) where it was born, according to historical documentation, separately.
Types of plowing –
There are various types of plowing:
– an ordinary plowing that, depending on the depth to which it is pushed, is distinguished in superficial (up to 10-12 cm, to bury fertilizers, seeds, or to break stubble), medium (between 15 and 25 cm, the more common, to prepare, for example, the soil for sowing wheat), deep or for renewal (between 25 and 40 cm, periodic when starting the crop rotation);
– a burrow plowing, up to 1 m deep, to make fallow land cultivable or to prepare orchards. 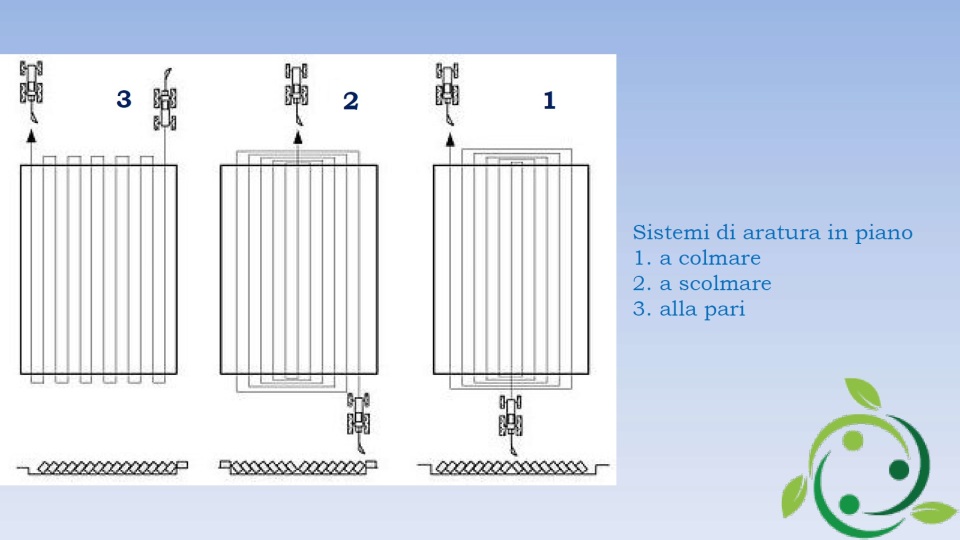 Characteristics of the plowing are the width and depth of the furrow, the turning of the slice and the crushing. The direction of the furrows, parallel to each other, is usually along the greatest length of the fields to reduce the loss of time in the vaults and is oriented from N to S when the ground is arranged in very raised slops; on sloping lands it sometimes follows the contour lines, sometimes following the line of greater slope (plowing with straight chino).
Following plowing the surface of the plowed land can be:
– flat, which is obtained by always turning the earth on one side and generally using double plows;
– a prosoni, that is, strips of land 5 to 20 m wide, limited by lateral furrows;
– in prose or porche, which are narrower strips, sometimes obtained only from two plow furrows.
With the flat plowing the irrigation is easier and more uniform, the vegetation is more regular and the use of the mechanical means of cultivation is easier.
The prose plowing, if on the one hand leaves a higher layer of earth available to the plants sown on the edge of the prose and avoids the drawbacks of stagnant waters, on the other it presents differences in fertility in the surface of the fields, lack of uniformity in the crops, in the spreading of fertilizers and seeds, and creates transit difficulties for farm machinery and wagons.
Plowing with prosoni, depending on the width, has advantages and defects of the other types. The prosoni are obtained with two plowing procedures:
– bridging, when the first furrow is started in the middle of the plot and returning with the second furrow, retorting the first, that is by placing the earth overturned by the second furrow against that already overturned by the first, and so continuing until leaving two furrows open on the side;
– shedding when the work starts at the sides to end up on the midline of the field where it ends leaving a furrow open.