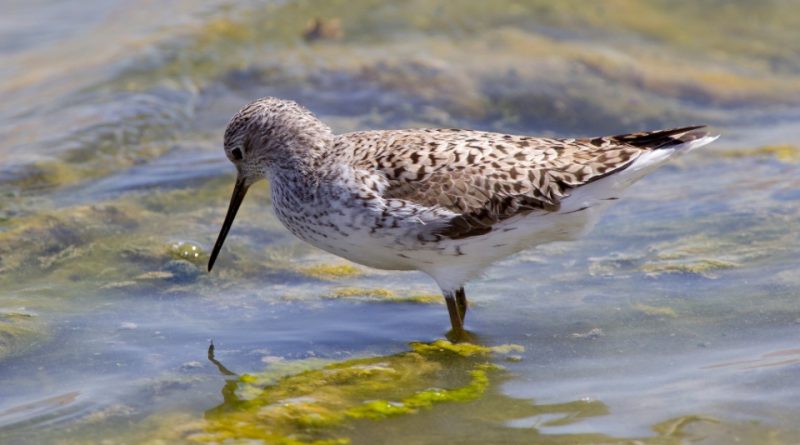 The Marsh Sandpiper (Tringa stagnatilis, Bechstein 1803) is a bird of the Scolopacidae family.

Geographical Distribution and Habitat –
The Marsh Sandpiper has a distribution range that includes Europe, Asia and Africa, Australia and Papua New Guinea and Alaska. It is in the UK and in Central and Western Europe (Belgium, Germany, Denmark, etc.), in New Zealand, the Maldives and Mauritius. In Italy it is a regular, but never abundant, migratory bird.
During the passes it is more frequent in some Adriatic regions (Veneto, Emilia-Romagna, Puglia), in Tuscany and in Sicily; the presence as a winter visitor is completely accidental and limited to some individuals. 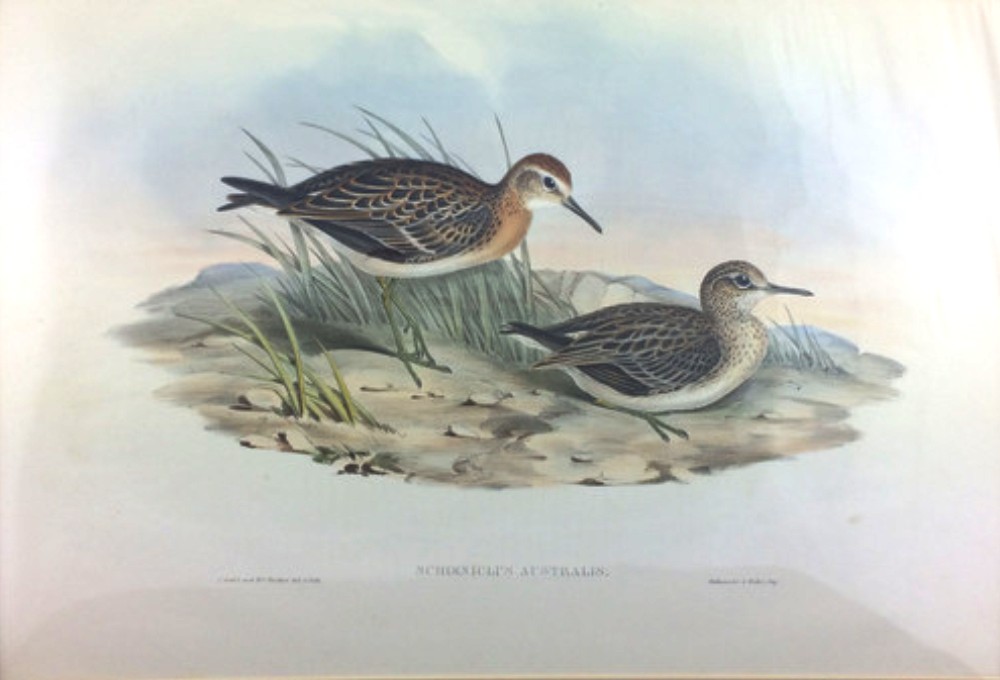 Description –
Tringa stagnatilis is a medium-sized bird of 22-24 cm length, with a wingspan of 55-60 cm and a weight of 55-120 gr. There is no obvious sexual dimorphism.
The structure is slender, the beak long, straight and thin and the long legs.
Both in the male and in the female the plumage of the upper parts is greyish tinged with brown or cinnamon with numerous more or less roundish brown-black spots; the lower parts are white.
During the non-reproductive phase the general coloring is paler and more uniform. The beak is dark brown, green at the base; the legs and feet are dark olive.
Also note a difference in the plumage at various ages; in the adult, during the summer plumage, there is a bib characterized by a rather evident drip that also reaches the sides; in winter it disappears completely except at some point. The young, on the other hand, have a light drip that does not go down beyond the chest.
This species is monotypical as it has no subspecies.

Biology –
The Marsh Sandpiper nests in isolated pairs and also in colonies associated with other species. The nest is arranged in a depression of the ground, in the middle of the grass, using dry twigs for the decoration.
This bird, during the year, performs a single brood and the spawning occurs between May and June. In general, 4 eggs are laid, which are incubated by both the female and the male.

Ecological Role –
Tringa stagnatilis is a bird that feeds on aquatic invertebrates, such as insects and their larvae, small molluscs and crustaceans. The area must be characterized by shallow water or wet mud.
It is a migratory species, with most of the birds that winter in Africa and India with fewer migrations in Southeast Asia and Australia.
These birds prefer to spend the winter in wet areas of fresh water such as marshes and lakes and are usually seen individually or in small groups.
This bird is one of the species to which the agreement on the conservation of Afro-Eurasian migratory water birds (AEWA) applies.