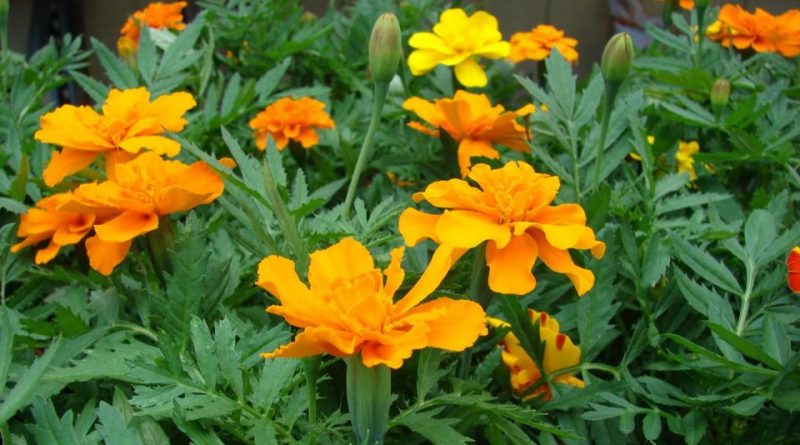 The Mexican marigold (Tagetes erecta L., 1753) is a plant belonging to the Asteraceae family.

Etymology –
The term Tagetes, according to Coombes, Gledhill, De Theis, Quattrocchi and others, is a genus dedicated by Linnaeus to Tages, a demigod youth, nephew of Jupiter, son of Genius and of the Earth, who would have taught Aruspidine (divinatory art) to Etruscans; according to others it would come from the Greek ταγός tagós duce, commander.
The specific epithet erecta, due to its erect and upright posture.

Geographical Distribution and Habitat –
The Mexican marigold is a plant native to Mexico and Guatemala that was subsequently introduced by man in most of Central America and the western side of South America. The species is now widely cultivated in the tropical zone of Africa, Asia and Oceania, from sea level up to 2000 m altitude.
Introduced also in Europe for ornamental purposes with numerous cultivars and today reported as adventitia in various regions.
Its habitat of origin is represented by the coniferous forests of Mexico and Guatemala, with a warm semi-humid climate. 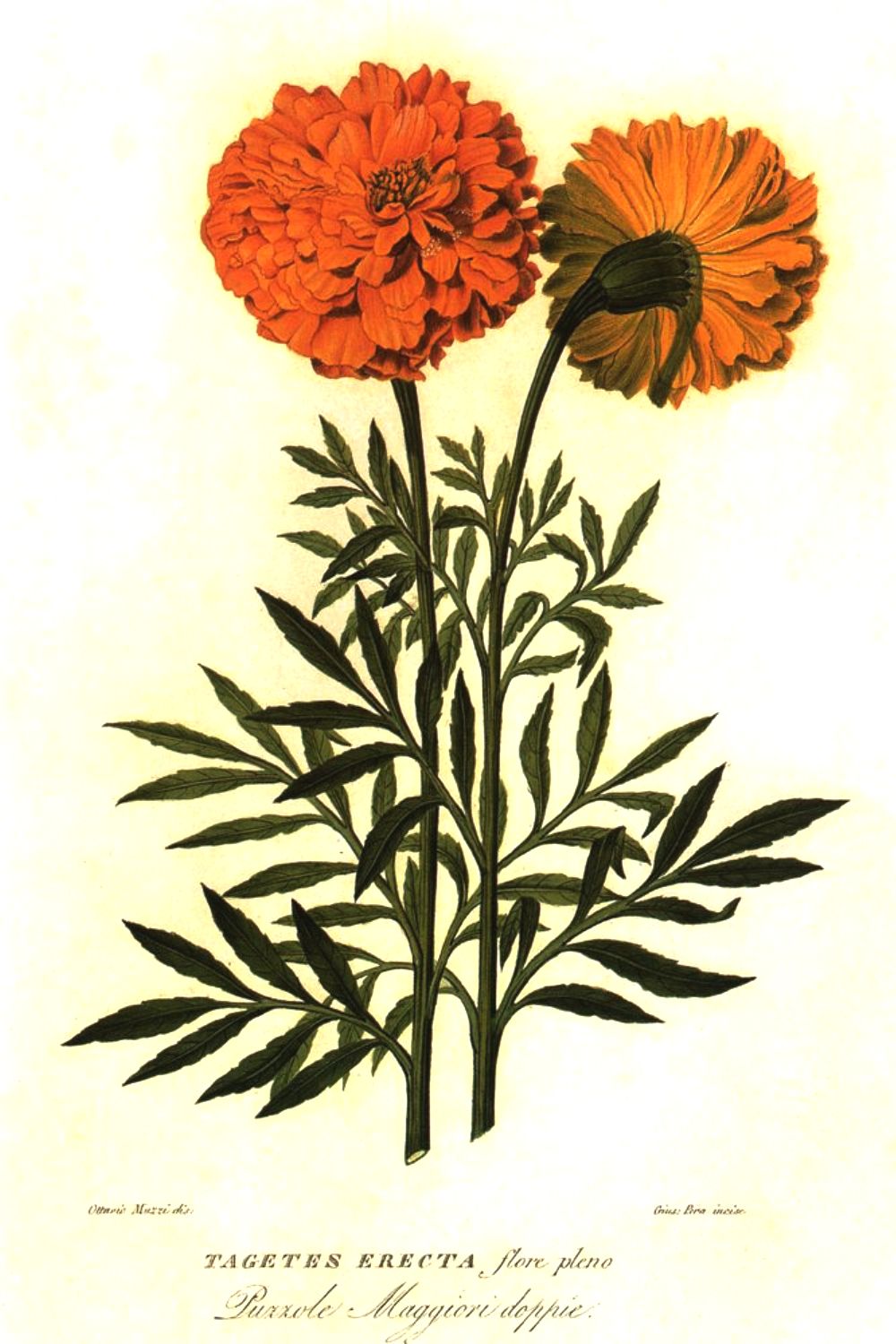 Description –
The Mexican marigold is a plant with erect habit, very branched that can develop in height from 30 to 100 cm.
The leaves are deeply incised, of an intense green color.
The flowers are characterized by lemon-yellow petals (ligules), with a diameter of 5 cm, but with the presence of hybrids with a greater diameter and different colors.
Flowering goes from the period of July to October.
The fruits are of linear cypsele, 6-11 mm, slightly attenuated at the base, with pappi formed by 0-2 bristles, subulate-aristate 6 – 12 mm long and by other 2-4 distinct or connate, linear-oblong, ± eroded, 2-6 mm long.

Cultivation –
For the cultivation of the Tagete it is necessary to consider that it is an annual species and that therefore, in our climate, the winter does not pass.
As for the substrate, it is a plant that adapts to any soil, as long as it is well drained and dry and not too fertile.
This plant enjoys a sunny position and constant water supplies during the warmer vegetative period. However, it is advisable to avoid wetting leaves and flowers.
The plant can be multiplied by sowing with operations to be carried out in the period of March-April, under glass cover at a temperature of 18 ° C. The seeds, covered just with earth, will germinate quickly and the new plants will have to be re-covered in terrines to be kept in a cold box until May. At this point they can be definitively planted.
For the details of the cultivation technique the following sheet can be consulted.

Uses and Traditions –
The Mexican marigold is a species widely cultivated both for ornamental purposes and for cut flower.
In pre-Hispanic Mexico, the flowers of Tagetes erecta were considered the flowers of the dead and are still widely used on the day of the commemoration of the dead.
The flowers of this plant are one of the main sources of the carotenoid lutein, used in the European Union as a food additive (E161b).
Lutein is a carotenoid also present in the macula of the human eye, which acts as a filter against harmful radiation produced by the sun and artificial light sources. Various studies have linked the lack of lutein with visual pathologies such as macular retinal degeneration, the incidence of which progresses with advancing age, and cataracts. When a carotenoid deficiency occurs, the human body is unable to synthesize it independently. This is why it is necessary to extract it from plant sources.
From an ecological point of view, the Tagetes erecta is a plant that feeds larvae of various lepidopterans, including Melanchra persicariae (Noctuidae), Nathalis iole (Pieridae), Leucaloa eugraphica, Rhodogastria amasis, Saenura flava, Spilosoma lineata, Spilosoma scita and Teracotona submacula (Erebidae ).

Preparation Mode –
The Mexican marigold is a plant that is cultivated for ornamental purposes and as a cut flower but the presence of Lutein could push to use this plant for the natural production of this carotenoid.