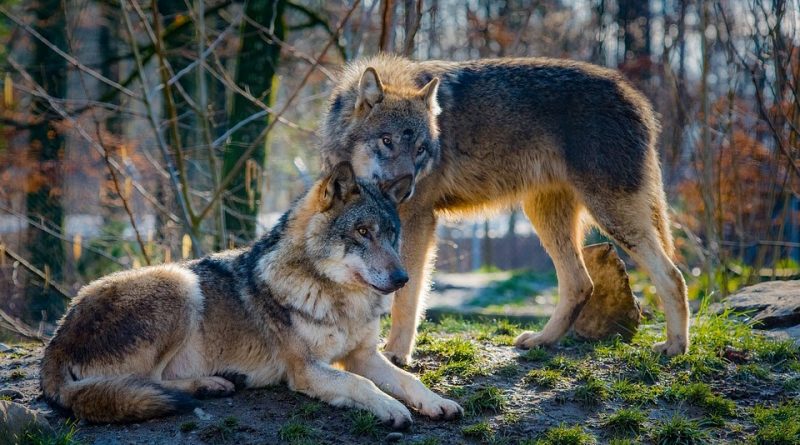 The gray wolf or simply wolf (Canis lupus Linnaeus, 1758) is a mammal belonging to the Canidae family.

Geographical Distribution and Habitat –
The gray wolf finds its habitat above all in the northern hemisphere and the ideal places are represented by the woods but it has good ability of adaptation in other environments provided they are wide and wild, including the deserts, plains and the tundra of the Arctic.
In Italy it is found in the range between 800 and 2000 m of altitude but it has disappeared in many regions, even if lately and in a timid manner, especially in some reserve areas or parks, it is making its appearance. 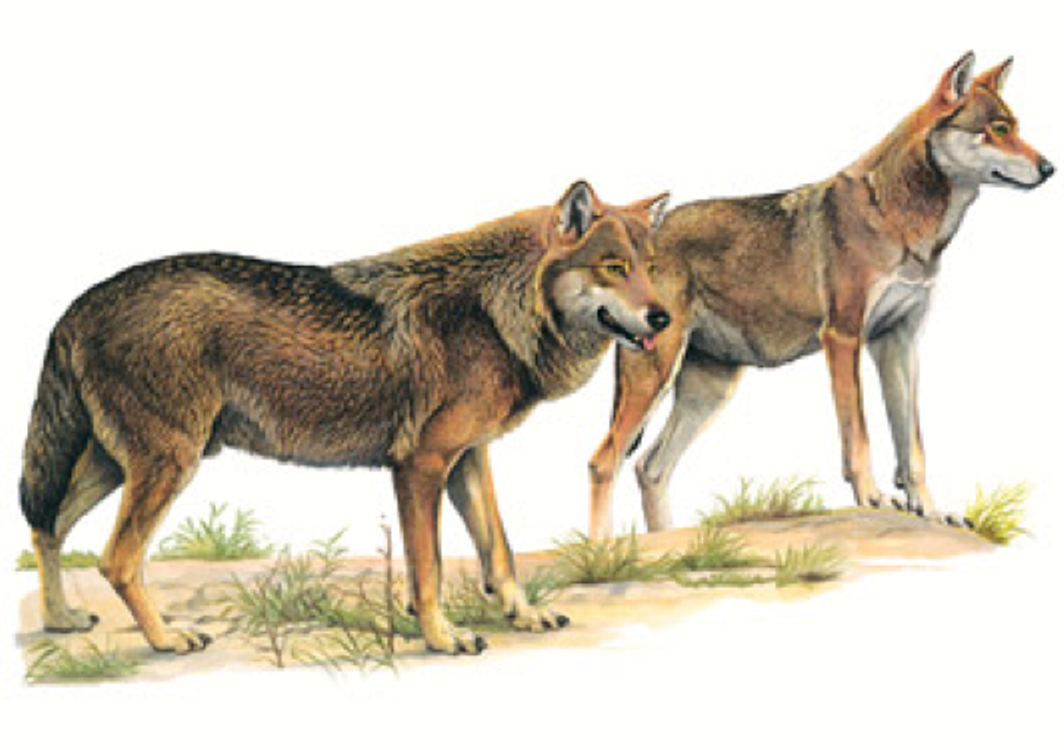 Description –
Canis lupus is characterized by a remarkable variability of characters. In general, however, this animal has a length of 100-150 cm, a tail of 30-40 cm, with a shoulder height of 70-80 cm and a weight that can vary between 25 and 50 kg. Its winter coat is long and thick, of a predominantly gray variegated color. Some specimens also have white, red, brown or black coats.
The shape is somewhat slender, with elongated head and snout, medium-sized eyes with a round pupil and relatively large and erect ears.
At the taxonomic level of this species there are different subspecies, however these classifications have had, over time, various revisions.
In 1944, the zoologist Edward Goldman described 23 North American subspecies, based on pure morphology. However in 1995 Ronald Nowak, based on the size of the skull, came to the conclusion that there were only five: C. l. occidentalis, C. l. nubilus, C. l. arctos, C. l. baileyi and C. l. lycaon. He also described five other subspecies on the Eurasian continent: C. l. lupus, C. l. albus, C. l. pallipes, C l. cubanensis and C. l. communis. Finally in 2003, he also recognized C. l. arabs, C. l. hattai, C. l. hodophilax and C. l. lupaster.
However, since 2005, the Mammal Species of the World (MSW) recognizes 37 subspecies, including the domestic dog, the dingo, the eastern wolf and the red wolf and considers the C. l. italicus as a synonym of C. l. lupus. Furthermore, the alleged African subspecies Canis lupus lupaster was confirmed in 2015 as a member of the Canis lupaster species.
Finally in 2018, the distinction of the Sicilian wolf was recognized, C. l. cristaldii.

Biology –
The wolf is a nocturnal predator that hunts in a territory that can range from 200 to 800 square kilometers.
It is a species that is endowed with good hearing and good smell and lives solitary or in pairs.
It forms small groups of 6-14 individuals with a certain hierarchy between age classes and robustness. This subdivision and hierarchy is functional to a better efficiency during the hunt that is carried out by tracking or by combining the latter tactic with stalking.
The beginning of the biological cycle is determined by the mating season from February to April. This animal, which is monogamous, reaches sexual maturity towards the 22 months and the gestation is 60 days; the female gives birth to 4-5 puppies.
Puppies are protected in burrows dug during the summer; they are normally natural shelters, such as openings in vegetation-covered rocks. In some cases the burrows can be those abandoned by other animals such as foxes, badgers and marmots. Females rarely dig a new den and in any case these are found on average 500 meters from a water source, they have 1 to 3 entrances, they are shallow and almost always oriented towards the south in order to avoid accumulation by exposure to the sun. of snow. Moreover, even if they tend to avoid areas occupied by men, they can build their den near the houses and the railways.

Ecological Role –
The Wolf is the only Canis present in both the old and the new continent. This species first appeared in Eurasia in the Pleistocene era, arriving in North America at least three times during the Rancholabreana era. His closest relative is the domestic dog, with whom he shares a common ancestor that was divided 14,900 years ago.
Canis lupus is a mammal with a diet that varies somewhat depending on the environments visited and the season. Normally it feeds on wild animals and, in the absence of these, amphibians, reptiles, mice, molluscs and other invertebrates, but it often hurls against domestic animals due to the greater ease with which these can be captured. Among the other predated primates we find the entelluses and the hamadryas.
Nevertheless. During periods of famine they can feed on carrion, sometimes even getting close to slaughterhouses. Cannibalism is present but rare: during harsh winters, packs attack weakened or injured wolves, and may even feed on the bodies of their dead family members.
They can also be nourished occasionally as human beings.
Although the fear of wolves is characteristic of so many human cultures, most attacks on humans have been attributed to rabid animals. Non-rabid wolves have attacked and killed human beings, especially children, only sporadically, being timid by nature.
The wolves’ diet is also supplemented by fruit and vegetables; in fact they gladly feed on the berries of the rowans and lilies of the valley and blueberries but also of morelle, apples and pears.
It also occurred that during the summer period it caused damage to the melon crops.
At the wolf’s dens you can find the remains of their prey and their food and the smell often attracts scavengers like magpies and crows.
The presence of the Wolf is therefore related to the abundance of prey, the depth of the snow, the absence or low presence of livestock or roads, the human presence and topography.
The Canis lupus was once one of the most widespread mammals in the world, especially in the northern hemisphere, before the great persecution by man caused its extinction in much of western Europe, Mexico and the United States of America.
Also in Europe the demographic decline occurred a bit everywhere and currently in Italy there are (as of 2007) about 500 wolf specimens (with the subspecies Canis lupus italicus).
This progressive decline came to a halt in the 1970s with an artificial reintroduction in areas where it was once extinct. This change came about thanks to legal protection and changes in rural management; however, competition with humans for livestock and game, concerns about the possibility of aggression and the fragmentation of its habitat, continue to pose a threat to the species. Despite this, the gray wolf is classified, according to the red list, of the IUCN at “minimal risk of extinction”.
In Italy, according to experts, the specimens of this species that guarantee the quality of the environment and the ecosystems in which they live have not yet reached a sufficient number to ensure their long-term survival. Compared to the past, however, progress has been made: since 1974, when there were only 100 copies, many steps were taken, creating the conditions for a repopulation. The wolf has returned to the Italian Alps, while its constant presence has also been ascertained on the Apennine ridge, up to the middle and low hills.
One of the main causes of wolf mortality is still poaching, which accounts for 20% per year.
From an ecological point of view, gray wolves tend to regulate the number of some animals, both small and large.
Thus for example the increase in wild boar or other animal species is linked to the lack of this mammal that once played an important role in the balance of the ecosystem.