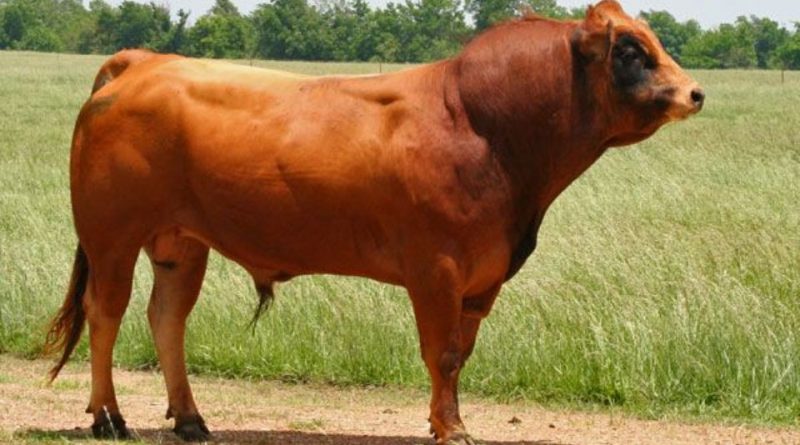 The Tarentaise, also known as Tarina or Savoiarda, is a cattle breed (Bos taurus Linnaeus, 1758) autocotna of the French Alpine regions.

Geographical and area distribution –
The Tarentaise is a breed bred above all in the French Alps and in small part in the Central Massif but exported to many countries even outside Europe.
Savoyard was widespread until the Second World War in the valleys of Susa and Moriana.

Origins and History –
This breed is native to the French Alps from where it derives from an ancient bovine population that had been established there for many centuries. It was officially recognized as a breed in 1859.
In the 1950s, around 12,500 animals had been registered only in the province of Turin. The studies of the CNR only 30 years later (1983) have had to verify a sensitive and progressive decrease of the presence of these cattle so much to justify the suppression of the registry of the breed.
Furthermore, the breed is not among those for which the agricultural policies of the European Union have ordered aid to the breeders; also for this reason the surviving leaders are very rare and often crossed with other breeds.
La Savoiarda is however one of the 11 breeds that adhere to the European Federation of Alpine System breeds.

Morphology –
The Tarentaise is characterized by a coat of tawny color, dark at birth, and which lightens in adults. At the edge of the ears and in the areas around the eyes the hair is almost black as well as the crown of the claws and the bow of the tail.
The muzzle is black and the horns have an elliptical shape, clear with a black tip.
As for the measurements, we have:
– males between 600 and 800 kg with a height at the withers of 120-130 cm;
– females between 450 and 580 kg with height at the withers around 120 cm.

Production aptitude –
The Tarentaise is a dual-purpose breed but with a prevalence for milk production; the average annual production of milk per head is not more than 2,500 kg for adult multi-bird specimens. Meat production performance is moderate.
It is also a rustic breed with good grazing performance.
They are long-lived animals and have good fertility and good resistance to parasites.