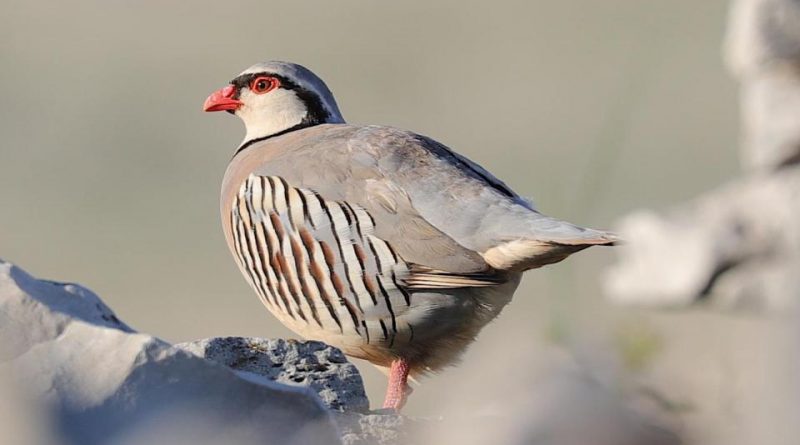 The rock partridge (Alectoris graeca Meisner 1804) is a bird belonging to the Phasianidae family.

Geographical Distribution and Habitat –
The rock partridge lived until the 16th century along the Rhine, currently the populations of this bird are restricted to the Alps, Italy, Turkey, Greece and Asia Minor and one of its subspecies still lives in northern Asia.
Its habitat is represented by the mounds of rubble on the border between the taiga and the tundra, in the south of the area it populates mainly mountain cliffs and rocky and uncovered lands. This bird frequents, in general, sunny and rather steep slopes dominated by herbaceous vegetation and rich in rocky outcrops. In summer it goes as far as the highest alpine meadows interrupted by rocks, while in winter the persistence of snow on the ground forces them to descend on the rocky cliffs that dominate the valley floor. 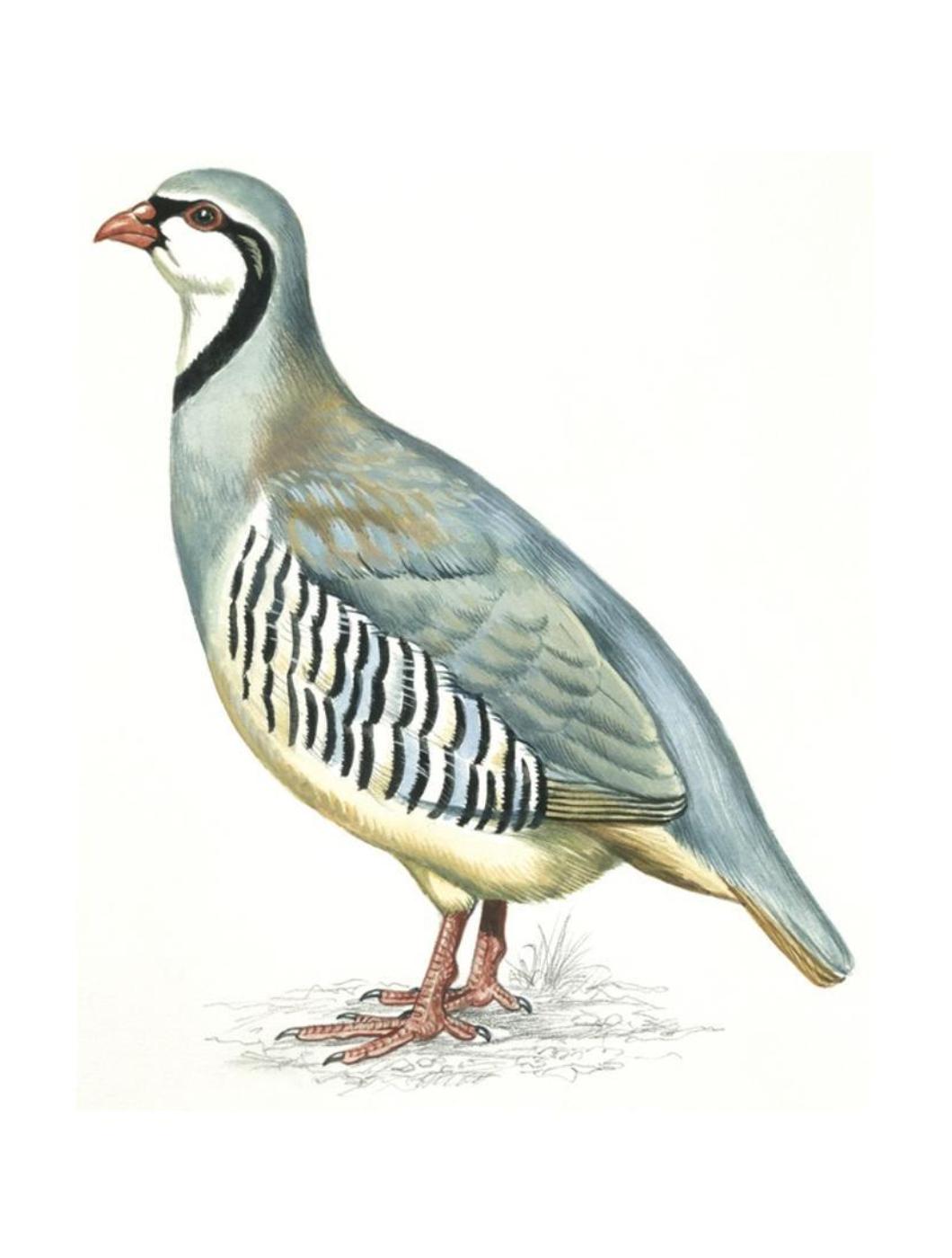 Description –
The rock partridge is 35 cm long and has a wingspan of 50 – 55 cm.
It appears with a bluish color on the upper part and on the chest, white in the throat, with a black stripe in the forehead and on the throat, the wings of the brownish exchanges tending to red and edged with black; the lower part is rust-colored, the waving wings have a dark brownish color with the primary external rust-red feathers, with yellowish angles and red in the corners.
It has brownish eyes, the beak is red, the foot is pale red. The male, which is practically identical to the female, therefore with a low sexual dimorphism, has a short spur on the tarsus and is on average a little larger.

Biology –
Alectoris graeca is a monogamous species that in winter lives in large colonies; in spring the couples isolate and in the alpine areas the female between June and July lays, after 26 days, from 12 to 15 eggs, cream-colored weakly spotted of brown, in piles below the bushes or in steep cliffs.
Only in the case where the first brood does not go well, could a second one begin. The breeding pairs occupy, starting from April, large territories some tens of hectares.
The brooding lasts 24-26 days and the chicks are able to immediately follow the hen in search of nourishment.
From the period of dispersion of the broods (September-October) up to March, the species is distinctly gregarious and forms groups composed of even more than 10 subjects.
This bird is recognized by the cry that resembles a Kakabi, kakabit, kakabe. The metallic and repeated call is unmistakable, but is emitted regularly only in spring in the early morning and evening.

Ecological Role –
The rock partridge is characterized by agility, cunning and combativeness, it runs and climbs very well, it flies in a graceful and fast way, it goes on the trees only in case of danger. This bird feeds on all types of substances derived from plants and small animals and also eats the tip of young cereals. Its diet is based on the research of plants and small insects (in particular grasshoppers); in winter it is forced to take refuge in areas where food sources are not covered by snow (rocky cliffs and steep south-facing slopes).
The rock partridge is classified as close to the threat since its populations are decreasing numerically a bit everywhere. The causes of this phenomenon are as varied as the loss of its habitats, disturbance by tourism, poaching and excessive hunting where it is still allowed.
For centuries, mountain agriculture and sheep farming have provided artificial environments that are very favorable to the species (terraced fields, grasslands due to deforestation) and the recent decline in these activities is undoubtedly negative. In fact, the Coturnice avoids grasslands not grazed with tall grasses, abandoned fields invaded by trees and bushes.
At the moment the European populations are estimated at around 31-59,000 breeding pairs, with the most numerous contingents concentrated between Italy and Croatia. In Italy the nesting population of Coturnice fluctuates between 10,000 and 20,000 pairs. At European level it is considered vulnerable, having suffered a decline in 80% of the area since the 1980s, a phenomenon that has largely occurred (and is still ongoing) also in Italy.
In order to rebalance the rock partridge populations, adequate management measures could be adopted, such as the return to traditional rural activities (agroecology), the control of tourism in critical areas and the regulation of hunting management, avoiding in particular the practice of repopulation, often carried out with individuals genetically inadequate or even with subjects of Ciukar that can through genetic hybridization give rise to phenomena of genetic pollution. Moreover (as in other galliformes), the chicks in the first days of life do not have the ability to regulate body temperature, they are therefore extremely vulnerable to cold and precipitation. The limited ability to move causes bad weather conditions to drastically affect winter survival as well. Other causes of mortality are predation by birds of prey, especially among females, which appear to be more vulnerable in the breeding season, and epidemic diseases that may result from released subjects.