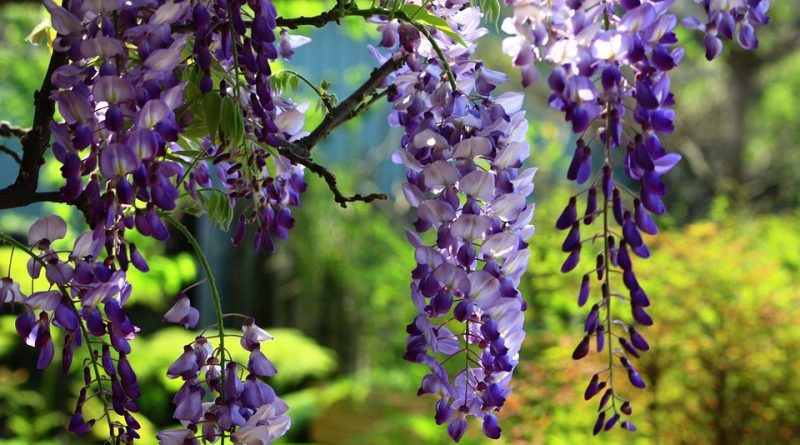 Systematics –
From the systematic point of view it belongs to the Eukaryota Domain, United Plantae, Magnoliophyta Division, Magnoliopsida Class, Fabales Order, Fabaceae Family, Faboideae Subfamily and therefore to the Wisteria Genus and to the W. Sinensis species.

Etymology –
The term Wisteria of the genus was dedicated to Dr. Caspar Wistar, professor of Anatomy at the University of Pensylvania and president of the American Philosophical Society, active promoter of the sciences and friend of Thomas Nuttel, author of the genus. In some Flore the name Wistaria is in fact used.
The specific epithet sinensis derives from Sínae China: Chinese.

Geographical Distribution and Habitat –
Chinese wisteria is a species native to the provinces of Guangxi, Guizhou, Hebei, Henan, Hubei, Shaanxi and Yunnan, in China.
It is a plant widespread and cultivated in the gardens of all temperate regions due to its twisted stems and fragrant masses of flowers in the hanging racemes that it produces in spring.
His arrived in Europe is dated during the 800.
The habitat of this plant is represented by sunny areas of temperate areas, although then most of the branches develop in dim light.
Although wisteria tolerates a variety of soils and humidity conditions, it prefers clayey, deep and well-drained soils. Populations of this plant can be spread from neglected gardens, but they are commonly found along the edges of the forest, the edges of the roads, the ditches and the margins of passage areas. 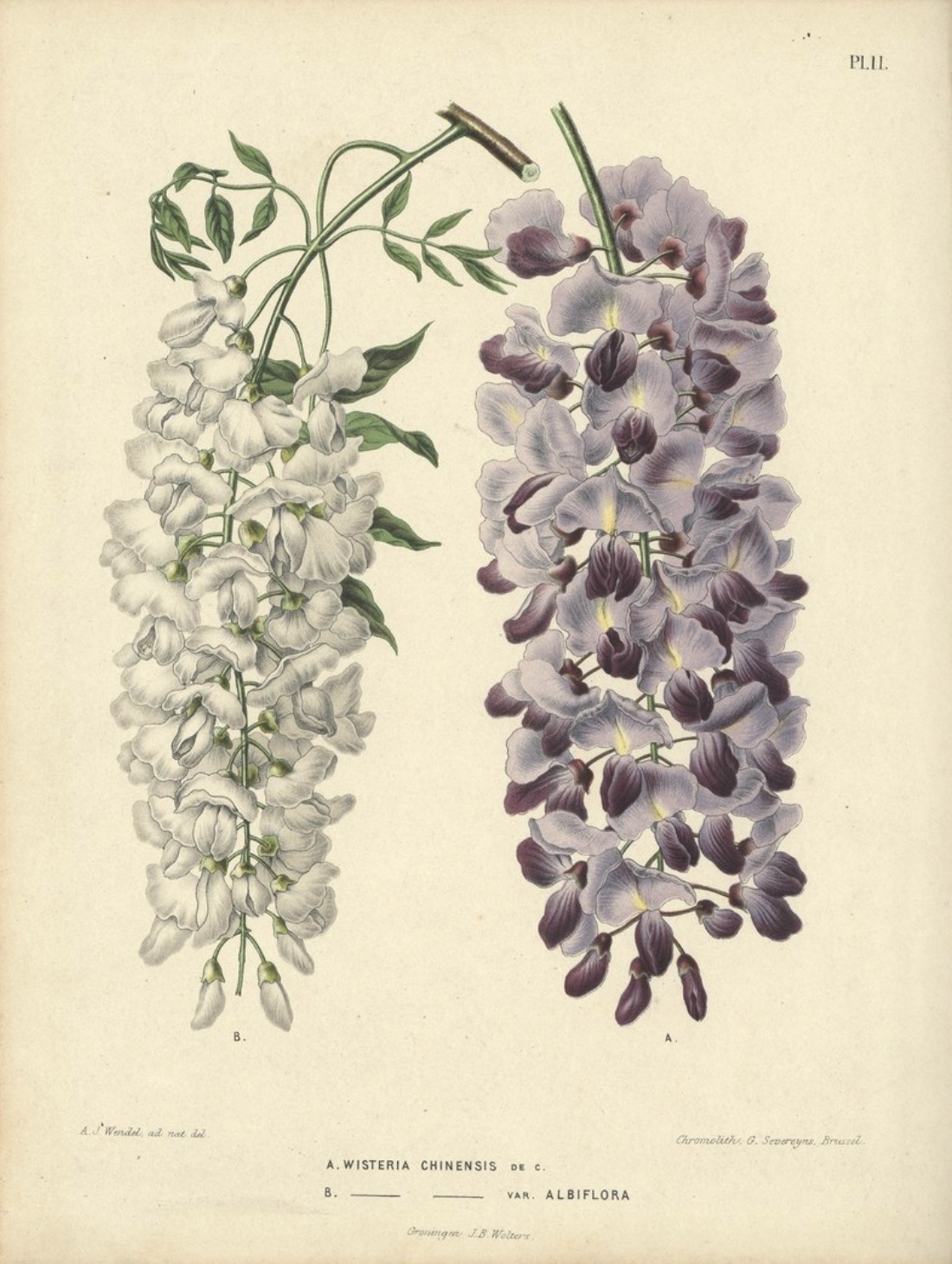 Description –
Wisteria sinensis is a plant with a sarmentose climbing habit that needs live or artificial supports to grow. The anchoring system, by weaving, takes place in an anti-clockwise direction.
Its leaves are glossy, green, alternate, 10 to 30 cm long, imparipinnate, with a variable number from 9 to 19 leaflets. The flowers are white, purple or blue, produced on racemes of 15-20 cm before the leaves emerge in spring.
The raceme flowers open simultaneously before the foliage has expanded and have a distinctive fragrance similar to that of grapes.
The fruit is a flattened, brown, velvety, bean-like pod, 5-10 cm long with thick seeds similar to discs of about 1 cm of diameter, evenly spaced inside. These ripen in the summer and open to release the seeds; empty pods often persist until winter.

Cultivation –
For the cultivation of the Chinese wisteria and to obtain larger and richer flower spikes it is advisable to shorten the younger branches in spring, leaving for each one only 5-6 buds.
In general, however, it is a plant that is easy to grow despite its delicate appearance. It is a plant that bears both the summer heat and the winter frost.
For its cultivation, this plant should be placed in the ground, possibly in a very sunny place; they can also withstand shade and adapt to any soil, although it is good to fertilize newly planted plants, at least for the first two or three years after planting.
Adult plants, like many other fabaceae, can enjoy the help of nitrogen-fixing bacteria, which live among the roots of these plants, helping them to have nitrogen available for their development.
The adult specimens do not need watering, but it is advisable to watch over the newly planted wisteria, which may need, in the event of drought, spring and summer irrigations. However, we avoid placing them in a place where the soil remains wet and impregnated with water for a long time. For details of the cultivation technique, see the following sheet.

Uses and Traditions –
Wisteria sinensis was unknown in the west before 1816, when several agents of the East India Company, who worked in China, sent cuttings to England. Over the following decades the plant became and remains one of the ornamental vines par excellence cultivated in temperate gardens throughout the world.
This species has become, in some areas of the eastern United States, an invasive species as the climate is very close to that of China.
Wisteria, however, a deciduous plant, which remains without leaves throughout the winter; at the beginning of spring, it produces numerous silver buds that, while the foliage begins to appear, will turn into luxuriant spikes of intensely perfumed, slightly pendulous, very pleasant flowers. Flowering persists for at least a couple of weeks, and is often repeated in the summer, although less lush and rich.
It is emphasized that all parts of the plant contain a saponin called wisterina, which is toxic if ingested and can cause dizziness, confusion, speech problems, nausea, vomiting, stomach pains, diarrhea and collapse. The greatest concentration of this substance is in the seeds, so much so that the wisteria seeds have caused poisoning in children and domestic animals in many countries, producing mild to severe gastroenteritis and other effects.

Preparation Mode –
Chinese wisteria is a plant used for ornamental purposes while other food or pharmaceutical uses are not known, also due to its toxicity.