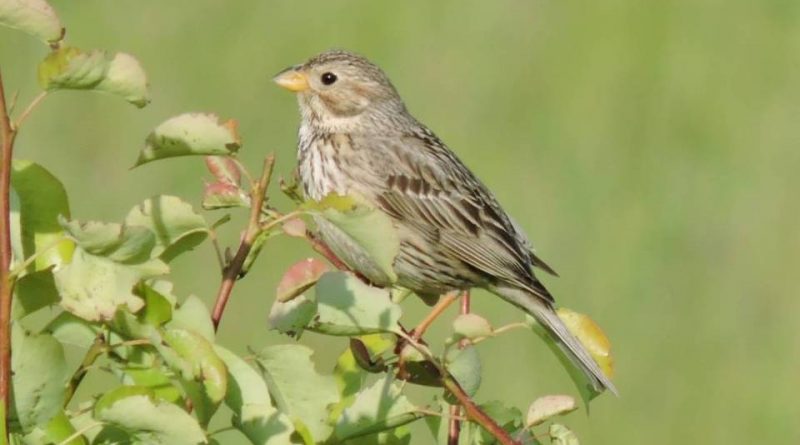 The corn bunting (Emberiza calandra Linnaeus, 1758) is a bird belonging to the Emberizidae family.

Geographical Distribution and Habitat –
Emberiza calandra is a widespread bird in the northern hemisphere and is found in Europe, Asia, and Africa. In Italy it nests between April and August, in all the territory except the Alps.
Its habitat is represented by open agricultural environments, rich in orchards, above 1000 meters of altitude. 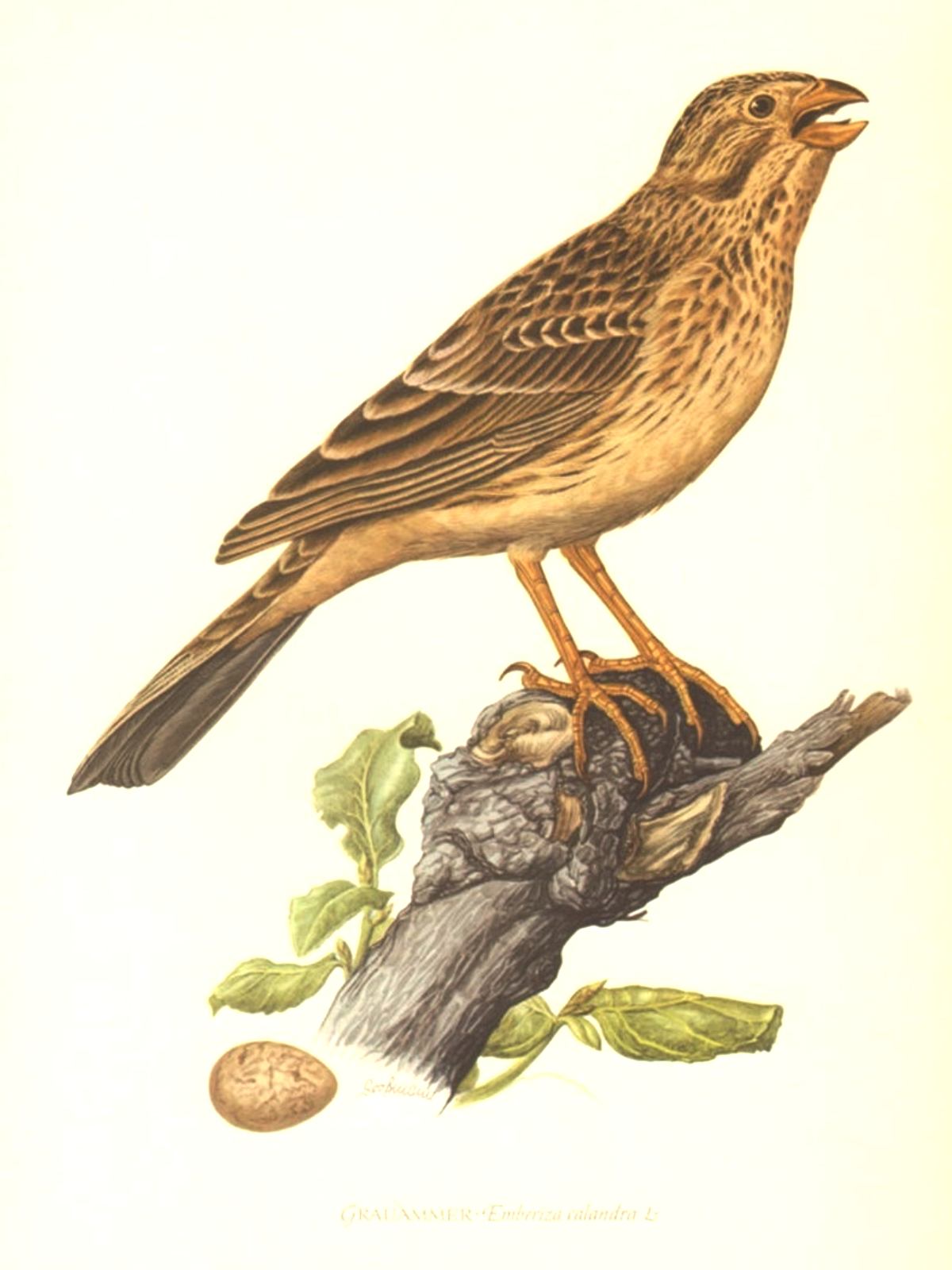 Description –
The corn bunting is a stocky and massive bird, with a beak and an unmistakable song.
It has a brown color, with darker streaks on the back, and an avano-colored chest. The feathers of the minor wings are distinctly dark and with a white tip while the tail is light brown.
It is about 18 cm long with almost 40 grams of weight, with a sexual dimorphism linked above all to the mass of the male which is 20% greater than the female.
The singing of the males resembles a repetitive metallic sound, usually compared to rattling keys.

Biology –
The corn bunting is a bird that nests in open areas with grassland, moors, fallow land and cultivated fields. The nest is made of grass, lined with hair or fine grass, and is usually built on the ground.
The deposition period is from late May to August. They are laid from 4 to 6 (1-7), which are whitish, often shaded with light blue, purple or chamois with brown-black or purple speckles. The incubation period lasts 12-14 days.
This bird manages to complete two annual cove and the flight, including the incubation period, takes place in a month’s time.
The maximum recorded longevity of this species is 9 years and 10 months.
The sex ratio of the population is generally 1: 1, which means that some males remain unmatched during a season. Males only play a small role in parental care; they are not involved in nest building or incubation and feed the chicks only when they are half grown.
Males play the role of defending territories during the breeding season and can be polygamous, with a maximum of three females per breeding male.

Ecological Role –
Emberiza calandra is a species that feeds mainly on grains; in spring, this bird can also venture in search of small insects, to procure protein-based food for chicks. In fact, the nesting diet includes adult insects or larvae (Diptera, Orthoptera, caterpillars, Coleoptera Scarabeidae) and seeds, especially cereals (wheat, oats, barley).
Outside the breeding season the Strillozzo which is, as mentioned, granivorous, often feeds also on other plant material.
Forages especially on the ground, in cultivated fields.
Although this species is protected and can no longer be hunted, it is still the main cause of population decline, due to changes in agricultural environments, including the disappearance of hedges, bushes and other formations, and the reduction of certain types of crops, the emergence of autumn cereals, the decline in traditional rotation, the removal of stubble and the increase in pesticides.
Furthermore, the availability of crops in mountainous and hilly areas – important food reserves until a few decades ago – drastically decreased due to the strong abandonment that is affecting large areas of the Mediterranean region and, given the inclination of the species not to go into flat areas, this phenomenon could lead to a drastic and further reduction of the populations of the species in its South European stronghold.
For these reasons the corn bunting has decreased considerably in northwestern Europe and has recently become extinct in Wales and Ireland, where it was previously common.
The corn bunting which has a color that is camouflaged with the ripe ears, its main food, can be seen moving from a high perch to a sharp branch, while performing non-stop in long “concerts”.