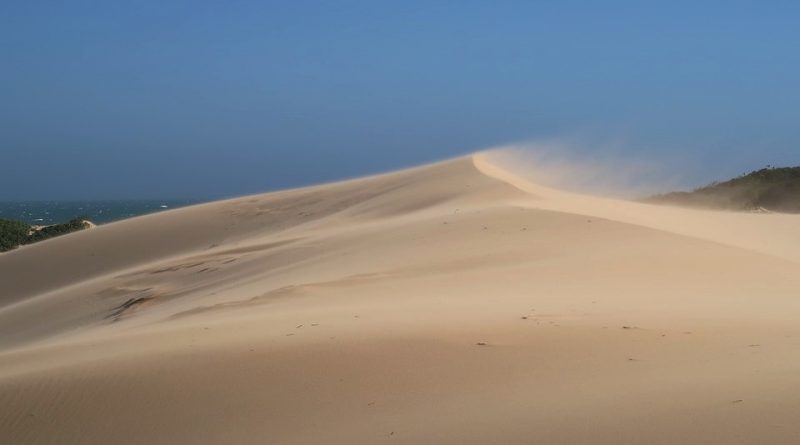 The term Ghibli means the typical hot and dry wind that blows from the south or southeast in the Libyan region.
The Ghibli is a wind that comes from the Sahara desert, carrying with it a considerable load of dust and sand, blowing from the inland areas towards the coasts of Libya.
Although it can blow at any time of the year, the Ghibli is more frequent in spring and early summer. In particular conditions this wind contributes to raising the temperature of the coastal areas (as in Tripoli) up to 40 ° C.
Ghibli is in fact the precursor wind of the Scirocco, which blows into the Mediterranean, and the local name of this wind.

Locally the term ghibli takes on numerous variants, such as gebli, gibleh, gibli, kibli.
The Ghibli, however, with respect to the Scirocco is a drier and warmer wind since, the latter, crossing the Mediterranean, is charged with humidity and mitigates its temperature.
However, like the sirocco, the ghibli originates from the presence of Mediterranean depressions that move towards the east, attracting warm air from the Sahara desert, with consequent hot and “sandy” winds that blow in front of the depression itself.