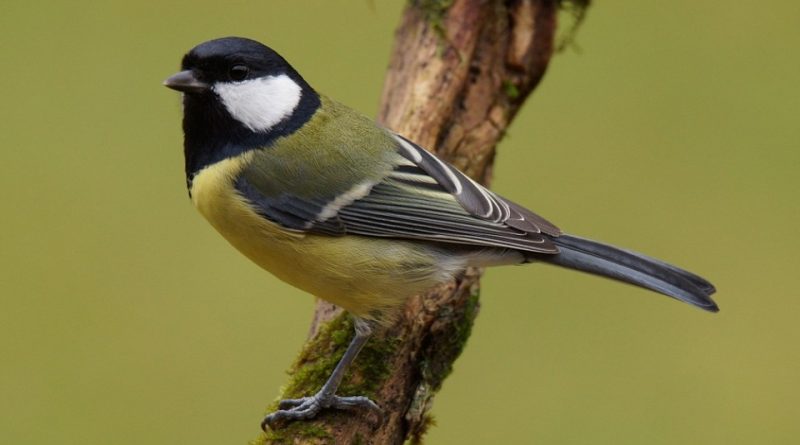 The great tit (Parus major Linnaeus, 1758) is a passerine bird that belongs to the Paridae family.

Geographical Distribution and Habitat –
The great tit has a geographical distribution that includes Europe (from Portugal to Ireland), west to Kamchatka and east to the Indian subcontinent and north Africa where it finds its preferential habitat at low altitudes, such as hilly and flat areas .
This passerine lives in coniferous woods, frequenting semi-tree-lined environments such as forest edges, orchards, fields with rows of trees, gardens and urban parks; moreover, it is able to adapt easily to anthropic transformations where, especially in rural areas, it can also populate mountain areas up to 1800 m. s.l.m. and in city centers, where he frequents gardens and tree-lined avenues.
In Italy it is present throughout the territory in every month of the year, particularly in winter. 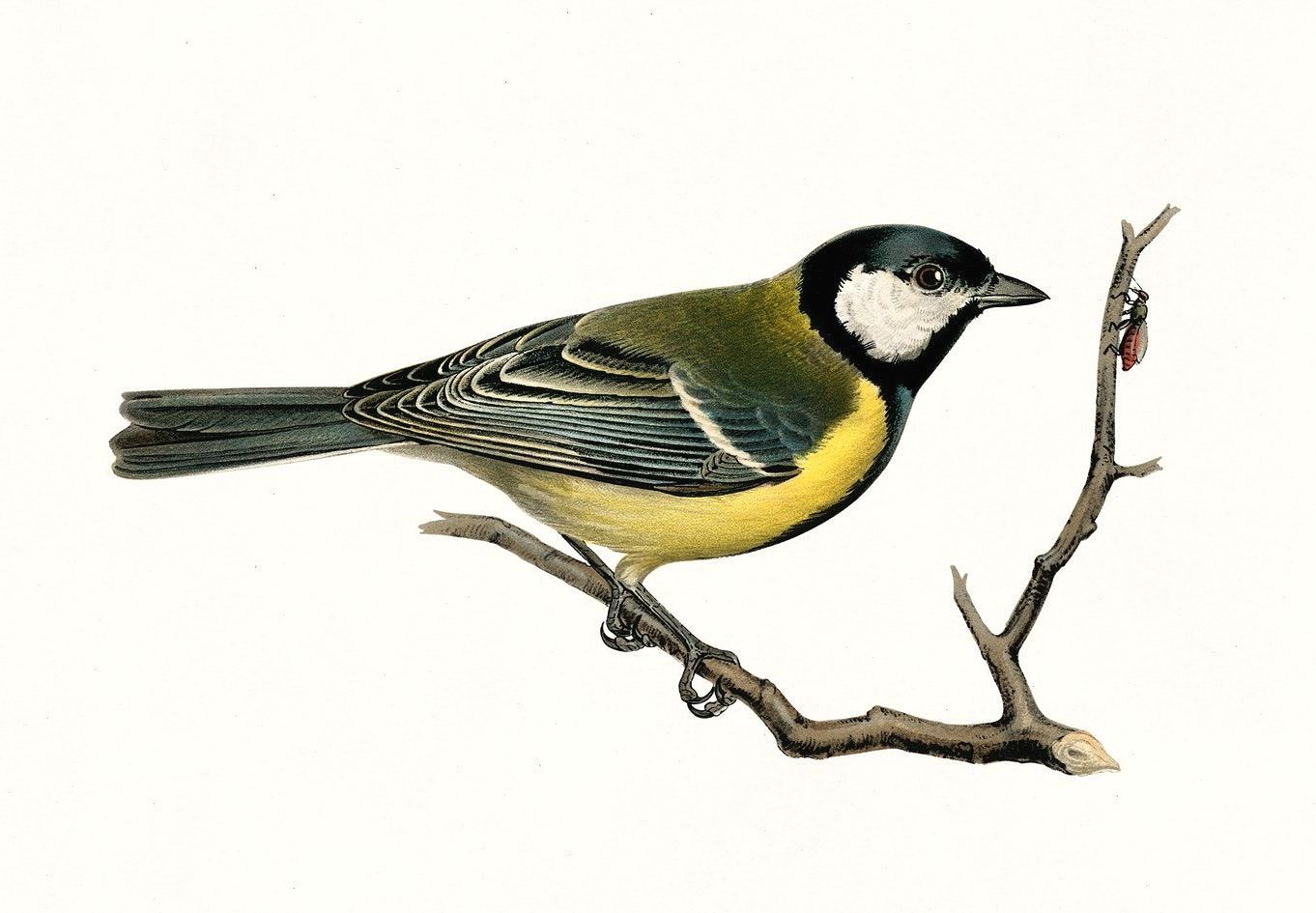 Description –
Parus major is a passerine bird about 15 cm long, with a wingspan of 22-25 cm and a weight that usually does not exceed 21 grams.
The plumage is greenish on the back, with a tail and bluish-gray wings. The head and the throat are glossy black, with white cheeks. The chest is yellow, crossed longitudinally by a black stripe that goes from the throat to the abdomen which, in males, appears much more pronounced.

Biology –
The great tit nests in the protected cavities of the trees, walls and nest boxes, creating the nest with mosses, hairs and feathers.
After mating it lays the eggs (between 8 and 15) in a period from April to May; these are smooth, white, with small dark red spots, which are hatched by the female for about 15 days. The children are then looked after by both parents for a period of about 20-30 days from the disclosure.

Ecological Role –
The great tit is a bird of territorial character and very aggressive towards the similar ones and above all of other species of birds of similar size that are chased away aggressively especially if they approach the nest or food.
It is a voracious, insectivorous species, which prefers to feed itself on low branches and in the ground and willingly accepts food offered in manger by the man with whom it easily becomes confident. Its diet is represented by larvae, bees and spiders, which are its favorite food, but often it does not disdain seeds, fruit and berries. It feeds by keeping the food still with its legs and chopping it with its beak.
This bird, which is light and gentle, feeds mainly on insects, but continues to kill them even when it is full, showing very special “predatory” habits. In the winter period it can even go so far as to flush out the bees locked up in beehives and, if the occasion arises, does not hesitate to kill the nestlings of other species. Furthermore, the great tit is also a “provident” bird as when food abounds, it sets it aside in special reserves to use in times of “famine”.
In Italy it is a very widespread nesting, resident and sedentary species, wintering and migrating.
It should be noted that the Great Tit is one of the most frequently reported species during ringing activities, so much so that the distribution of catches is largely overlapping with the entire geographical surface in which the ringers perform their activities in the field.