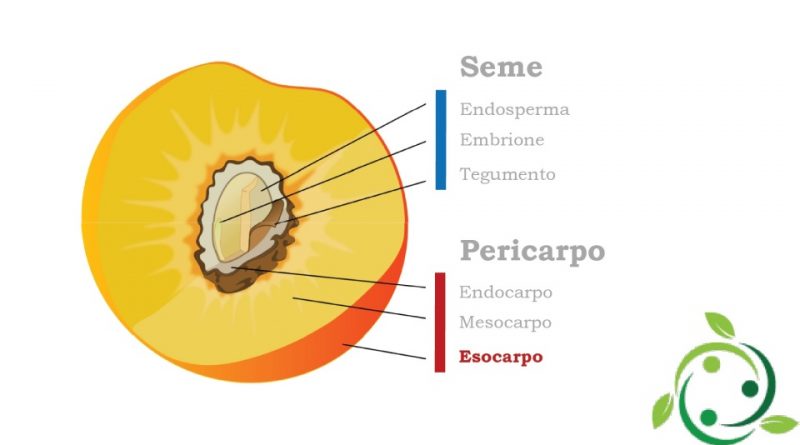 By exocarp, in botany, we mean the external part of the fruit, distinct from the inner parts. The term exocarp is often used as a synonym for epicarp.
The exocarp, in fleshy fruits (such as berries and drupes) is very distinct and distinguishable and is composed of cellular or multicellular film.
The exocarp is often strongly cutinised and coated with wax, thus performing the function of preventing the loss of water from the inside and of penetration of the same from the outside, which would lead to a series of biochemical internal imbalances of the fruit and a lower shelf life of the same.

The exocarp can assume different conformations and perform more functions. For example, in the citrus fruit is the green – yellow – orange part, also called flavedo, and whose cells are rich in chromoplasts and oil glands that contain essential oils and are formed by the breakup (lysigenic cavities) of part of the cells secreting.