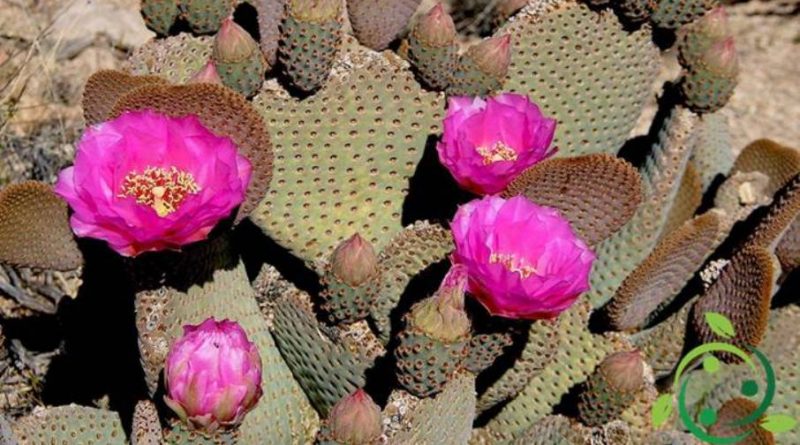 How to cultivate Opuntia

To the genus Opuntia, which are plants of the Cactaceae, belong some plants with origins in Central-South America, of which the best known is fig tree of India.
Its name derives from the Greek Opus, for Opunte, the ancient capital of Locride. Although the name Opuntia was also used by Pliny the Elder, the plant that grew in those days has nothing to do with the Opuntia we know today.
The Opuntias have cylindrical, flat or globular stems, called cladodes; very rarely they produce small cylindrical leaves that have a short life and appear in very few species and covered with a thin waxy layer to limit transpiration and therefore the loss of water.
They have a fleshy root system that develops mainly in width and less in depth, able to colonize the most inaccessible environments in search of water and nourishment.
The solitary flowers of the Opuntia are very showy and from these are formed ovoid fruits containing several seeds, on the peel there are small protuberances arranged almost symmetrically between them equipped with very small, almost invisible spines, which produce a contact with the skin. continuous annoyance.
In this card we will see how to cultivate the Opuntia according to their common needs.
Among the main species of Opuntia we recall:
– Opuntia aciculata; it is a plant that forms a bush that is wide and at most 60-70 cm high;
– Opuntia arenaria; plant that grows even in soils made of pure sand. It has rhizomes long up to 1.5 m that give rise to aboveground shoots with small cladodes 4-7 x 2-3 cm in size. The plants (tufts) of cladodes can be 20-30 cm in diameter and about 4-8 cm in height. The fruits are small, about 2.5 cm;
– Opuntia basilaris; this species which is native to Mexico and the southern states of the USA, has fleshy and ovaloid cladodes almost without thorns; its flowers are predominantly red-purple;
– Cylindropuntia bigelovii; a species native to the south-western United States of America and north-western Mexico, characterized by robust thorns that surround it and give it an appearance resembling that of a plush;
– Opuntia brasiliensis; species with origins from South America, from Brazil (western Paraíba, eastern and central-southern Pernambuco, Alagoas, Sergipe, north-west, north-east and Bahia, north-east and south-central Minas Gerais and Espírito Santo);
– Opuntia bulbispina; it is a dwarf cactacea that forms creeping groups and has radial spines with larger ones.

We include among others: Opuntia clavarioides, Opuntia clavata, Opuntia dillenii, Opuntia elinacea, Opuntia engelmanni, Opuntia falcata, Opuntia ficus-indica (the famous prickly pear), Opuntia fragilis, Opuntia fulgida, Opuntia hystricina v. ursina, Opuntia invicta, Opuntia leptocaulis, Opuntia macrocentra, Opuntia maripos, Opuntia microdasys, Opuntia miquelii, Opuntia moelleri, Opuntia pentlandii, Opuntia polyacantha, Opuntia reticulata, Opuntia robusta, Opuntia rutila . mini, Opuntia salmiana, Opuntia santamaria, Opuntia schottii, Opuntia subulata, Opuntia subtermis, Opuntia tomentosa, Opuntia tunicata, Opuntia verschaffeltii, Opuntia violacea, Opuntia vulgaris and Opuntia zebrina f. Reticulated.
They are all plants that, even with slight differences, can be grown using similar agronomic techniques.
In fact, for the cultivation of Opuntia it is first necessary to choose or create a substrate that must be very draining and rocky and, if cultivated in pots, the earth must be fertilized and mixed with coarse sand.
The Opuntia must then be exposed to direct sunlight, in areas with a dry and dry climate that does not fall below 5 ° C.
In winter, these plants can be kept outdoors as long as the temperature is quite cold, around 6 degrees. In fact, in conditions of higher temperature the plant would continue to grow and the ends would be very fragile and weak.
If, on the other hand, Opuntia is left in the cold for too long you may have a general deterioration.
If the plant is cultivated indoors, it must be guaranteed many hours of intense light.
If the climate is mild the Opuntias can grow even up to 700 – 800 meters of altitude.
For the Opuntia grown in pots this must have a height of around 30 centimeters; for the Opuntia ficus-indica it is recalled that they rarely need repotting. In any case you should always use a jar slightly larger than the previous one and not too deep.
The Opuntia are plants that live well in arid environments that need little water. Instead, it is important to protect these plants from humidity. During the cold season the Opuntias should not be watered; irrigation can be resumed in the period from March to October but waiting for the soil to be completely dry.
For fertilizing it must be considered that this technique is adopted almost exclusively for the Opuntia ficus-indica but to ensure good production yields; for the rest they are plants that grow well even on poor substrates to which to add, at the limit, once to the vegetative growth, a bit of organic substance to be mixed with the first layers of soil. Do not use or add absolutely nitrogen based fertilizers.
The reproduction of Opuntia can be done with seed or top cutting. In the first case the seed is buried in a mix of earth and sand in an environment with a temperature of about 20-22 ° C; in the second case, the top should be dried by inserting it in the sand. Once it has rooted it must be planted in a pot with a substrate rich in sand and rocks.
For pruning it is necessary to differentiate whether this is done for the Opuntia ficus-indica for productive purposes or for ornamental plants.
In any case, the Opuntias should be pruned between May and June or between August and September, removing old and damaged cladodes.
The Opuntia produce often edible fruits of which the best known are the prickly pear figs.