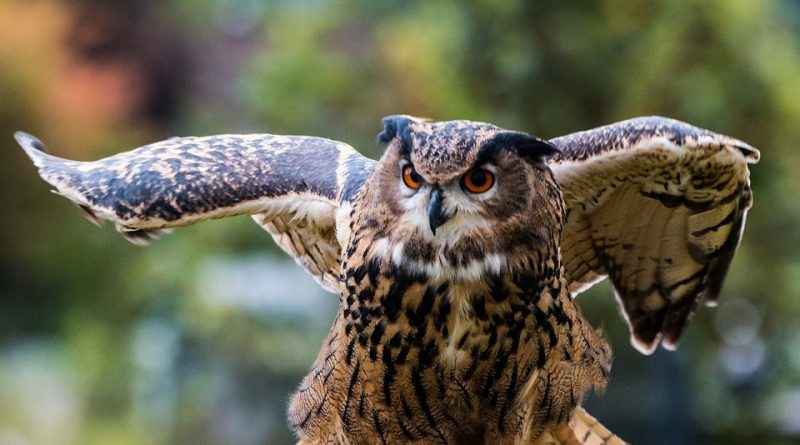 The eagle owl (Bubo bubo L., 1758) is a bird of prey that belongs to the Strigidae family.

Geographical Distribution and Habitat –
The eagle owl lives mainly in the forests located in the rocky soils and more rarely lives in the steppes and almost never in the cities, even if in the presence of parks and trees, where by day it manages to hide in the cracks of the walls.
This species has adapted, also thanks to the subspecies, in a large number of environments and geographical areas. It is found in almost all of Europe except the British Isles, Denmark, the Netherlands, northern France and in the more northern latitudes; it is also present in North Africa and the Middle East and finally in most of Central Asia.
In Italy it is present everywhere more or less intensely except in Sardinia and Sicily. 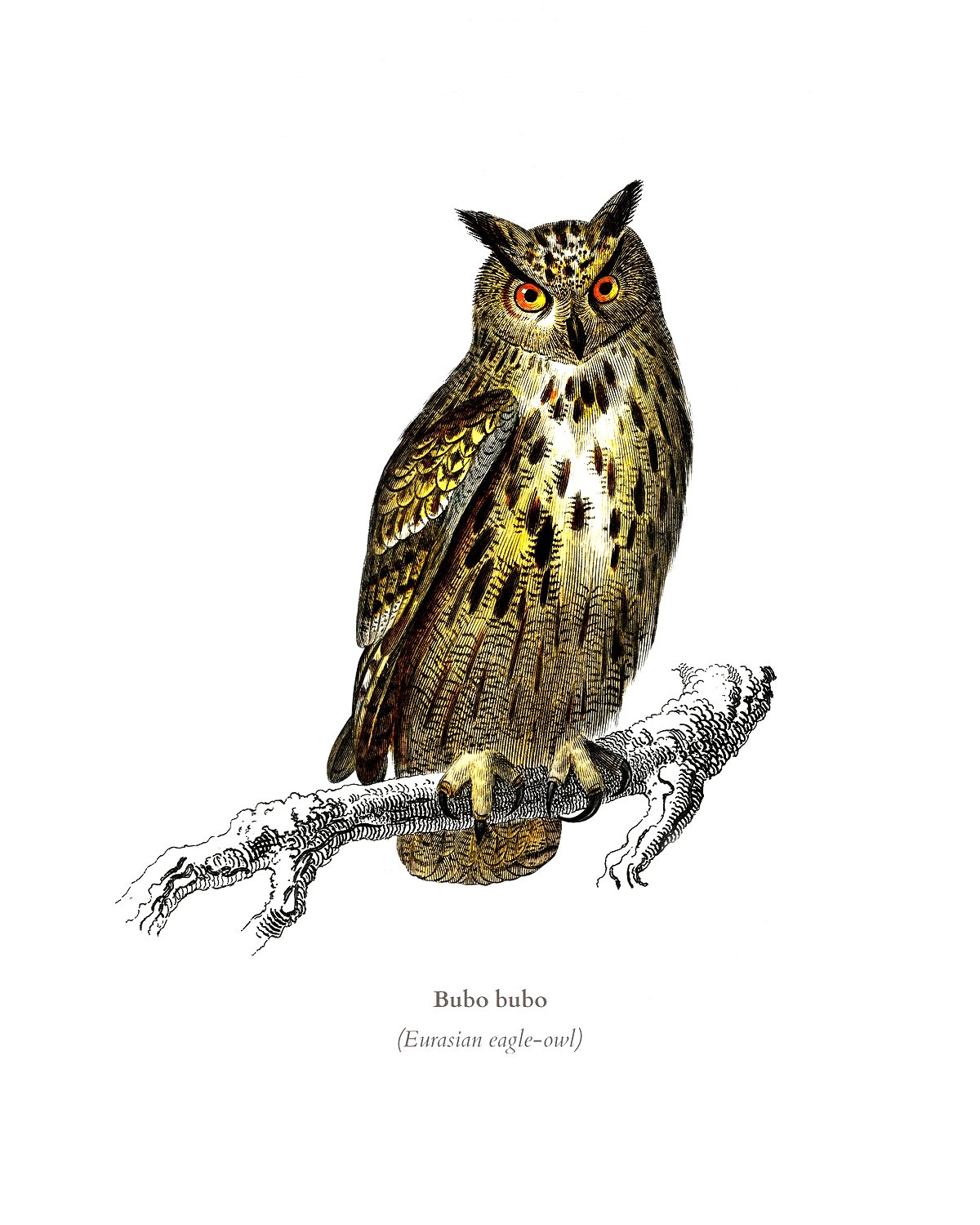 Description –
Bubo bubo is the largest species of owl in existence.
It is recognized for having a wingspan from 1.60 up to 2.5 meters for larger female specimens, and from 1.50 to 1.90 meters for males. The wings are long, wide and rounded.
It has a total length of 60 to 80 centimeters in adults.
The weight of the adults is for the male of: 1,500-2,800 grams and for the female of: 1,750-4.200 grams.
Between males and females there is no distinction instead of chromatic aspect so that sexual dimorphism manifests itself only in size and weight. The plumage is streaked brown and blackish barred at the top and brownish yellow with dark vermicular streaks and drooping below.
In addition, the Bubo bubo has a massive shape, with rounded wings, a short tail and a large head, which can rotate 270 degrees, with two tufts of erectable feathers (shorter in the young) and facial disks (darker in the young).
The frontal eyes have a yellow-orange iris and are surmounted, as mentioned, by long tufts of erectable feathers.
The beak is short, hooked, black in color and with a gray base.
The legs are of medium length, strong, totally plumed, reddish-yellow with strong and black claws.
In flight it is recognized because this is powerful, fast, silent, beaten, interspersed with glides.
Furthermore, listening to singing is a good way to identify the presence of the species. The male emits a gloomy bitonal “uh-ohh”, with the second lowest syllable. The song can be heard especially in the first hours of darkness and is emitted more regularly in the months of February, March and October.

Biology –
The eagle owl spends most of its time in the nest, allocating hunting time at dawn and twilight.
The breeding males defend the territory from signaling its presence with the regular emission of the song in the twilight hours.
This raptor nests in the period between March and April, placing the nests in the cracks of the rocks or in already created basins, where the female, also in nests built by diurnal or corvid birds of prey, 2-3 white eggs with a rough shell (rarely up to 4 ) hatching in 34-36 days.
The young remain in the nest for 5-6 weeks and wander around for another 20-30 days, depending however on the adults for finding food. The pullets are protected by a gray mouse fluffy plumage.

Ecological Role –
The eagle owl feeds mostly on mice, rats and small mammals (such as hares and rabbits), but also fox-size preys and roe deer puppies. It also preys on other birds (including other birds of prey) and in particular chickens and pheasants.
This bird, like other nocturnal birds of prey, swallows whole prey of small or medium size; the non-digestible parts (bones, feathers, hairs, chitinous parts of insects) are then rejected in the form of elongated “wads” with a diameter of 3-4 cm, 3-4 times a week.
This bird of prey has mainly nocturnal and crepuscular habits, usually solitary and is sedentary, nesting and irregular migratory.
The eagle owl in freedom lives up to 20 years while in captivity over 37 years.
This species was once persecuted because it was considered harmful to the species of hunting interest, the eagle owl is currently threatened above all by the presence of a large number of suspended cables, against which it can easily hit during its night hunting flights. It is nesting and sedentary in the Alps and the Apennines while it is extinct in Sicily.
The area of ​​the Italian population is greater than 20000 km².
The number of mature individuals is estimated at 500-680 and is stable (to 2006). The Italian population is therefore classified as Vulnerable (VU) due to its small size. However, the population of the Italian Alpine side, the most important nationally, is intrinsically capable of exchanging individuals with the populations of the neighboring regions (same population) and the possible immigration should not decrease in the near future, as these populations also are on the whole increasing (to 2004). It can therefore be concluded that the immigration of individuals from outside the region can plausibly contribute to the maintenance of the Italian population. For these reasons in the final evaluation the Italian population is downgraded to Quasi Threatened (NT).