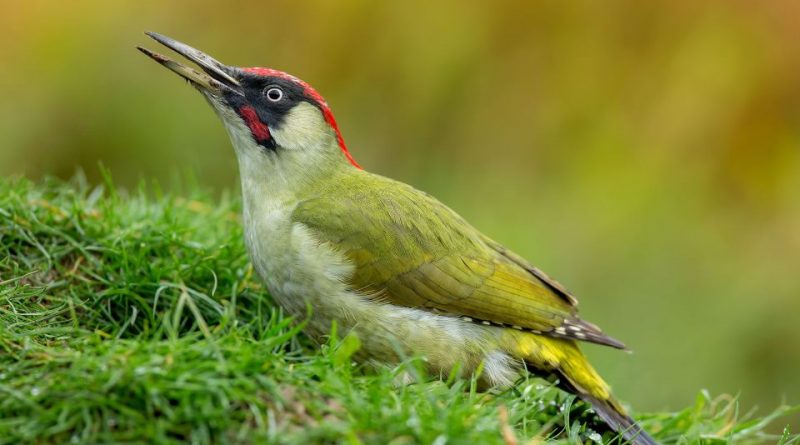 The green woodpecker (Picus viridis, Linnaeus 1758) is a bird belonging to the Picidae family.

Geographical Distribution and Habitat –
The green woodpecker is a bird present throughout Europe, except for the colder northern regions. In Italy its habitat is that of lowland areas, hills and even the mountainous areas of the peninsula up to about 1000 meters above sea level, rarely higher up, where it nests, with the exception of the larger islands, in mountain habitats consisting of thickets interspersed with clearings and open areas or deciduous forests.
In some regions of the Alps, riparian forests are often used. In these environments, however, trees of such a size as to allow the excavation of the nest that occurs in the trunk of a plant of sufficient size must always be present. 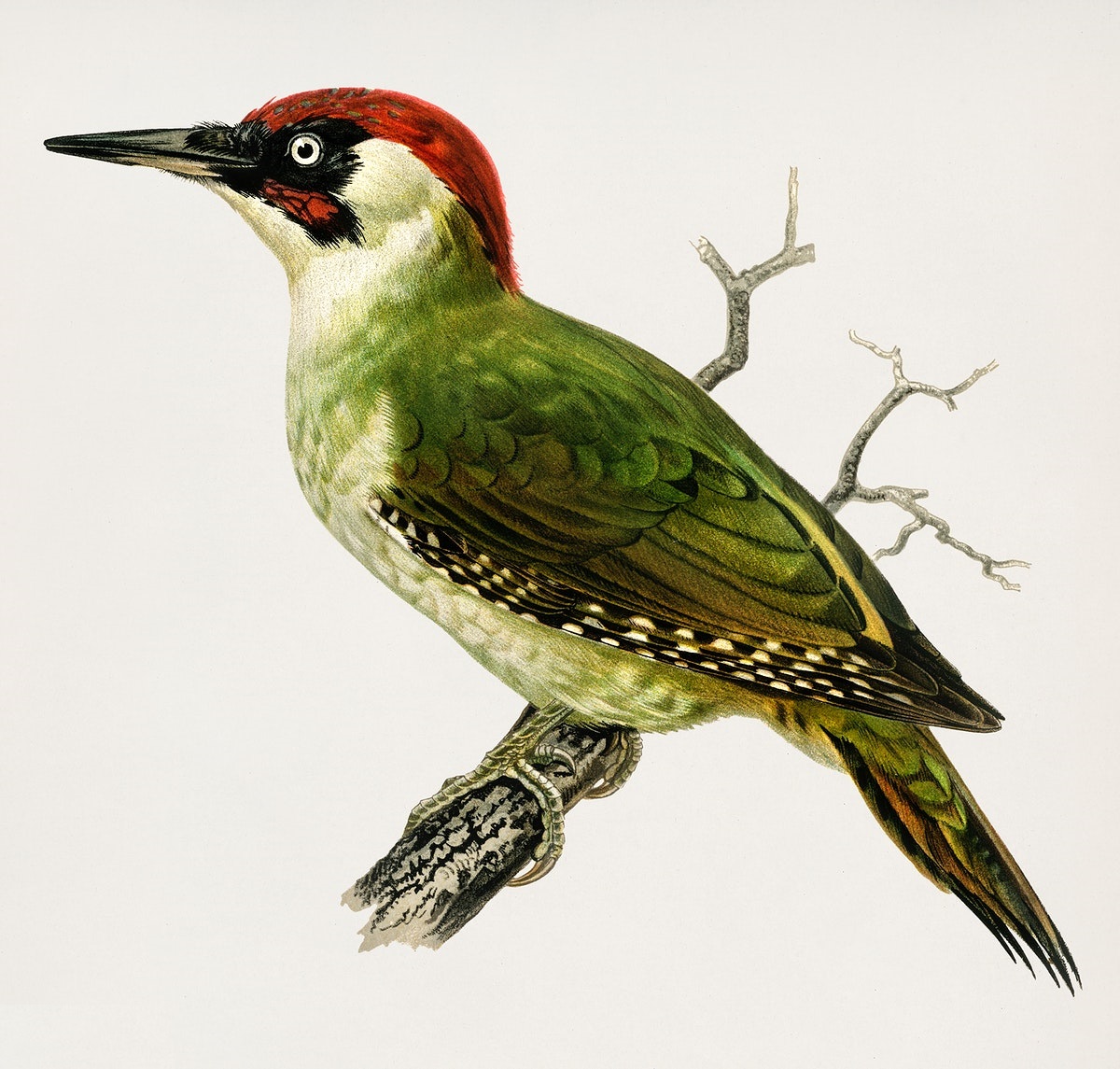 Description –
Picus viridis is a bird that is recognized by its generous size and the green color of its back and tail. The male green woodpecker differs from the female for the two red spots that stand out on the black mustaches. The lower part has a color that tends to off-white-gray, while the head is covered with red feathers. The young have a less lively color and are striped with black and white. An adult specimen can reach 30-33 cm. in length and weight of 150-250 grams. It has a 50 cm wingspan.
It is a very vociferous bird and its song consists in the repetition of close-up shrill notes, which remotely can remember a laugh.

Biology –
The green woodpecker reproduces from the plain up to altitudes of 1,000 meters above sea level where it is heard singing especially in the spring, during mating, and in autumn.
This bird nests in holes dug in trees from March to early summer, where it lays five to eight bright white eggs, which are hatched by both parents for about two weeks. The young remain in the nest until the fourth week of life.

Ecological Role –
The green woodpecker feeds mainly on insects, sometimes also on berries, snails and earthworms, but above all on ants and larvae which it catches under the bark of the trees and which it captures thanks to the use of its beak, specially used to pierce the wood. It is the woodpecker that, unlike the others, stays longer on the ground.
This bird has a shy behavior. Among all the peaks is the one that most rarely “beats” with the beak on the trunk of the trees; instead he often sings and it is his voice, similar to a laugh, that reveals its presence.
The area of ​​the Italian population is vast (greater than 20000 km²), the number of mature individuals has been estimated at 120000-240000 in 2007 and is increasing in the period 2000-2010. Therefore the Italian population does not reach the conditions to be classified within one of the threat categories (30% population decline in three generations, reduced number of mature individuals and restricted range) and is therefore classified as Less Concern (LC).