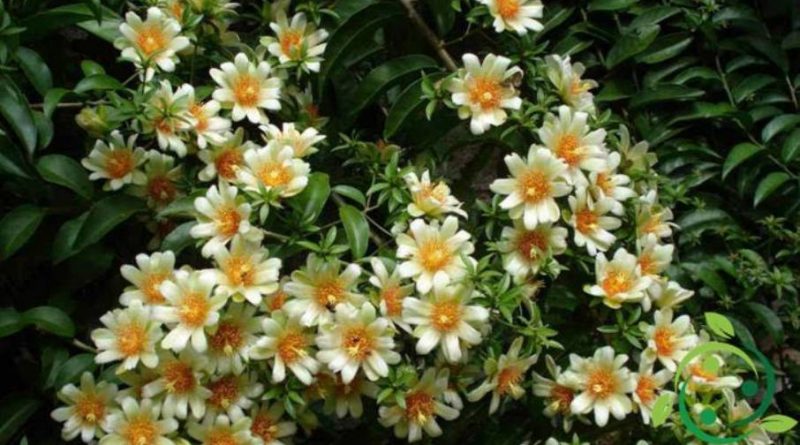 How to grow Pereskia

The Pereskia is an important genus of cacti (Pereskia Mill., 1754) which includes about 25 tropical species, originating from an area of ​​central-southern America from Mexico to Brazil. The name of the genus is dedicated to the French naturalist Nicolas-Claude Fabri de Peiresc (1580 – 1637). The species belonging to this genus are usually also identified as lemon vines, pink cacuts or leaf cacti (the latter definition may also refer to Epiphyllum).
These are perennial and arborescent plants, with woody and thin stems that fill with thorns over time; they are small plants or they can take on the appearance of a creeper using just the plugs as a hook.
They are also plants with deciduous, dark, oval and lanceolate, alternate, flat and leathery plants, which fall during the winter; the areolas are composed of about thirty thorns that can even measure up to 8 cm and the pedunculated and perfumed flowers have expanded petals of different colors often grouped together, which in autumn give way to small yellowish berries which can be edible.
Among the main species we recall:
– Pereskia aculeata: shrub native to Central America, a fast-growing creeper that has young stems, on which oval leaves appear, with shiny and bright green lamina, which bear on the lower side curved spines to which young shoots and old stems attach that carry leaves, to the axilla of which areola are found that produce erect thorns. In October, this plant produces cobs of yellow, pink or white flowers, with yellow-orange stamens, intensely scented. Flowering is followed by the production of edible fruits (small round-shaped yellow berries), which, in the Antilles, are consumed, together with the leaves, before complete maturation. It is a species used as a rootstock for several species of Epiphyllum. It can reach 9 m. of height. Among the varieties on the market we find the “Godseffiana” which has large, variegated yellow and red leaves that fall after the summer.
– Pereskia grandiflora or Rhodocactus grandifolius: it is a shrubby species that has stems, sprinkled with black spines, which bear leaves that are not persistent, oval, 13-15 cm long, light green. In April-May it produces pink flowers.
In this card we will see how to cultivate Pereskia taking into account its physiology and the appropriate pedoclimatic conditions.

For the cultivation of Pereskia it is necessary to start from an excellent draining substratum composed of a very well fertilized soil and a good part of coarse sand.
A suitable and very fertile substrate that can be prepared for Pereskia can be made with garden soil, leaves and sand, with added bone meal and charcoal.
Furthermore, this plant needs a lot of light paying attention that it likes the sun only in spring and autumn but not the direct sun of the warmer season. The Pereskia is a plant that bears up to a temperature of 0 ° C, although it is advisable that the minimum winter temperature never drops below 10 ° C, so it can be grown outdoors only in mild climates.
As far as irrigation is concerned, it should be remembered that watering must be regular during the season from March to October, to be suspended during the winter.
For plants grown in pots it is advisable to replace the pot in spring only if the roots have completely filled the earthen bread. For fertilization it is recommended instead to intervene in the period between spring and summer by administering liquid fertilizer for cacti every 4-6 weeks.
For reproduction, the technique of propagation by cuttings must be carried out, operating in the summer or by seed during the spring. The cutting will begin to root in pure sand, while the seed will be planted in sand kept moist and shaded at a temperature of about 24 ° C.
Finally the pruning; in the period of March, together with the possible repotting, you can proceed with the pruning of the adult plants, taking care not to sever the branches formed in the previous year, on which the flowers will bloom.