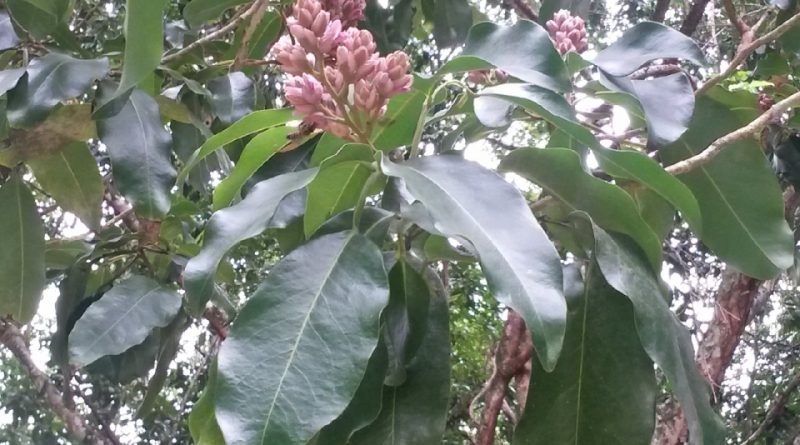 Dipteryx odorata, known by the common names of Cumaru, Kumaru or Cumaruna (Dipteryx odorata (Aubl.) Willd.) Is a tropical tree species from the Fabaceae family.

Etymology –
The term Dipteryx is due to the fact that the flower has two wings. The specific epithet odorata comes from odóro esalare perfume: fragrant, perfumed, with a pleasant smell.

Geographical Distribution and Habitat –
Dipteryx odorata is a plant native to South America where it grows in the most humid and wooded states of Brazil such as Mato Grosso, Pará and Amazonas. This plant also reproduces and grows on the northern coast of South America, as in Guyana, French Guyana, Suriname, Venezuela, up to Colombia and Peru.
The cultivation of this plant is also widespread in Trinidad and Tobago and in African countries such as Kenya and Nigeria.
The common name Cumaru, Kumaru or Cumaruna is attributed to this plant by native South Americans of Guaraní origin. 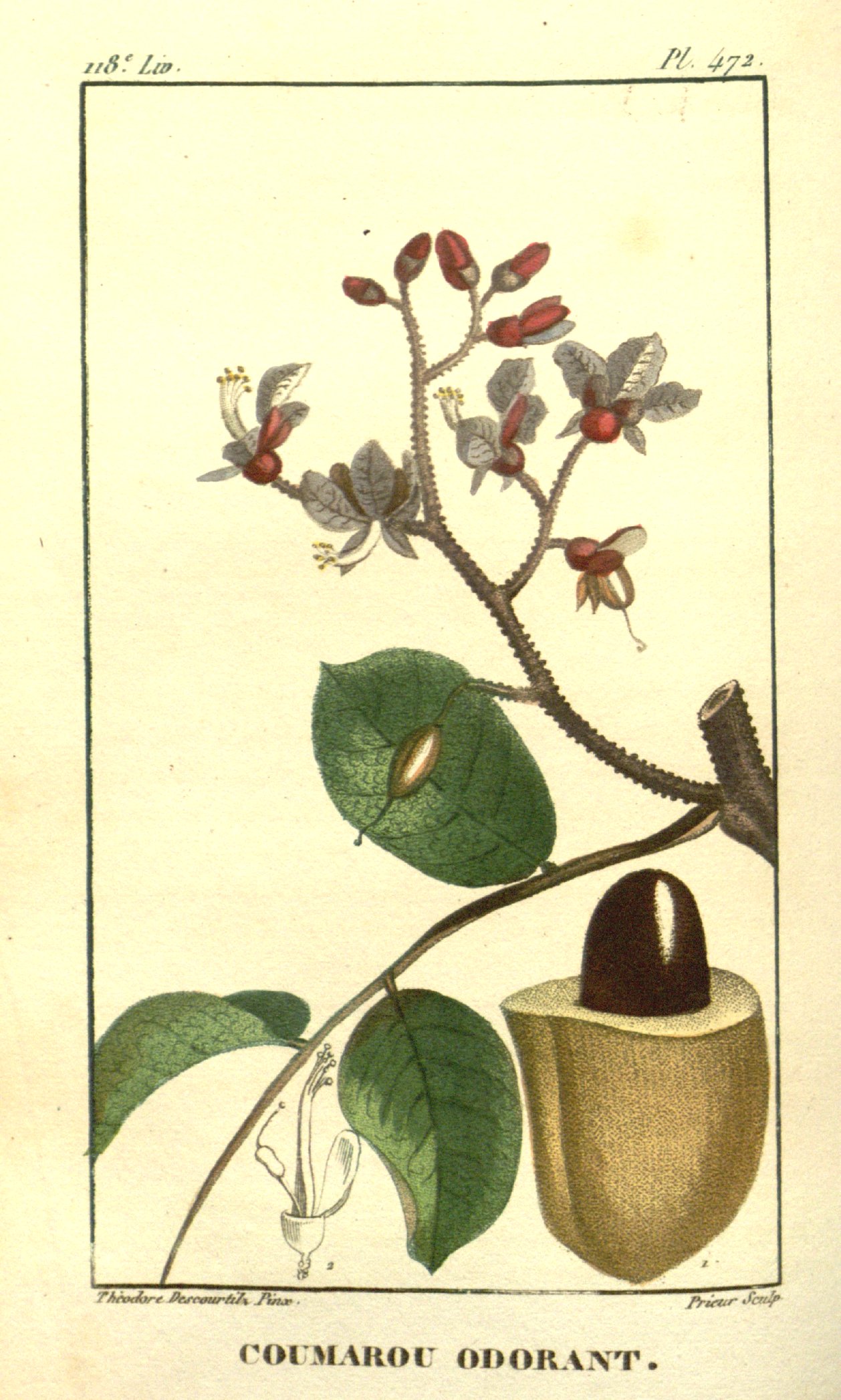 Description –
Dipteryx odorata is a tree species that can reach 25-30 meters in height and 50 meters in its natural habitat.
The trunk can reach and exceed one meter in diameter and has smooth and gray bark with dark brown wood, with shades that tend to reddish.
The leaves are composed of alternate pinnates, consisting of 3 to 5 leaflets.
The flowers have shaded colors from white to lilac.
The fruit is a drupe with an elongated shape, which aesthetically resembles a mango, about 9 cm long and about 4 cm wide. Inside the fruit there is a single seed: the tonka bean.
The anthesis is between March and May and the fruits ripen from June to July.

Cultivation –
In the areas where this plant is grown the best production conditions are with fertile and humus-rich soils, poor in calcium and well-drained. The average annual temperature is 25 ° C, with about 2000 mm of rain a year and with a dry season from June to November.
The planting tendencies tend to be wide, therefore with very low plant density, but depending on the agricultural use, the density and age of the trees diversify.
In seed production crops, plant density is higher and trees are older than in timber production systems.
The harvest period of fresh fruit is between June and July and the fallen pods are harvested from January to March or even earlier.

Uses and Traditions –
Globally, the main producer is Venezuela, followed by Brazil and Colombia. The most important importing country is the United States, where it is mainly used in the tobacco industry.
The main producing countries of tonka beans are Venezuela and Nigeria.
The seeds of its fruits, precisely the Tonka beans, are dried and used for culinary or cosmetic purposes. The process provides that the hard outer shell is removed and the seeds are spread out for 2-3 days to dry, after which they can be sold.
Wood is also used in this plant, especially in the building sector and for the construction of furniture.
In the food sector, the intense aroma of dried beans makes them excellent for use in confectionery. They are grated in small quantities to flavor sweets, ice cream or biscuits. More rarely they are also used for the preparation of other dishes or drinks. Tonka beans were, above all, used also as a vanilla adulterant.
Tonka beans and their extracts (now also synthesized in the laboratory) are also used to flavor some varieties of pipe tobacco and cosmetics, especially in perfumery. The extract of these broad beans is a fundamental component of the Fougère olfactory family.
Dipteryx odorata seed contains coumarin, which also gave it its name. The seeds can contain up to 10% of this substance which in certain concentrations is toxic and which has been isolated from these seeds. The seeds normally contain from 1 to 3% of coumarin and can rarely reach 10%. Coumarin is bitter in taste and in large infused doses, can cause bleeding, liver damage or paralysis of the heart. For this reason, this active ingredient is controlled as a food additive by many governments. The FDA has banned the use of Tonka beans in the preparation of food and drink in the United States of America in a 1954 document.
As with other plants, Dipteryx odorata probably produces coumarin as a defense chemical.

Preparation Mode –
The spice obtained from tonka beans is widely used in cooking and mixing due to its particular taste.
In the West, tonka bean is used in the food and cosmetic industry because it is sweet, warm, with notes of vanilla, almond, caramel and tobacco. The taste has a bitter finish.
However, using this seed, as mentioned, can involve risks and must be used carefully because the coumarin contained is a hepatotoxic substance and, for this reason, its use must be limited to small quantities.
In the permitted doses the French chefs use it to flavor sweets, ice creams, custard but also savory soufflés.
Even in mixing it plays an important role because of its aroma and the fact that it is very easy to combine.
It is also used in a drink called Inca sour.
To flavor this drink, grate a small amount over the drink.
It can also be added successfully over foams or directly inside the siphon.
The tonka bean is also excellent for flavoring alcoholic products, however, before proceeding, it is necessary to check with the competent authorities that this type of operation can be carried out in your bar. It is good not to overdo it in the quantities (max 1 gram / liter) for the reasons highlighted above and for the fact that it can leave a bitter aftertaste.