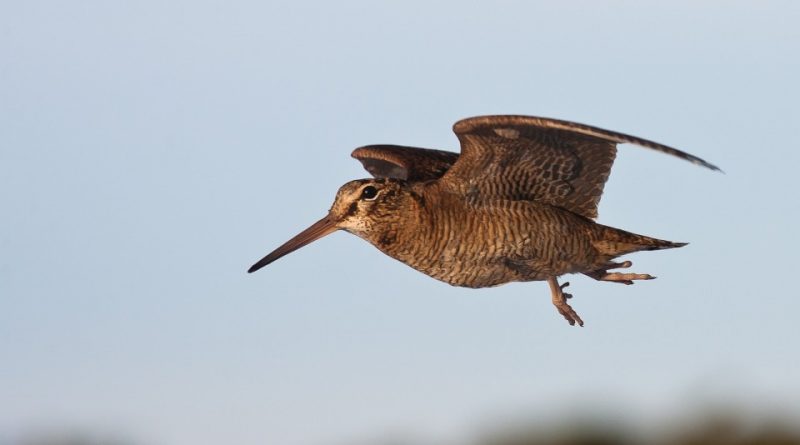 The Woodcock or Eurasian Woodcock (Scolopax rusticola Linnaeus, 1758) is a bird belonging to the Scolopacidae family.

Geographical Distribution and Habitat –
Scolopax rusticola is a species present in the Euro-Asian area that includes Europe up to the Atlantic islands (Azores, Canaries) and the British islands, Asia up to China, Mongolia, and Tibet.
In Italy we find the woodcock between October and March, in the woods, preferably mixed with deciduous trees, with a prevalence of birches, hornbeams, ash trees, oaks, locust trees, chestnuts, alders, larches and beeches, but also firs and pines.
In the spring period it nests in a wide area of ​​land that includes northern Europe and central Asia. Only exceptionally it nests on the Alps and even more rarely on the Apennines.
The European continent hosts, at an overall level, almost three quarters of the continental population of the species, present however, at our latitudes, almost exclusively as a regular migrant and winter visitor. 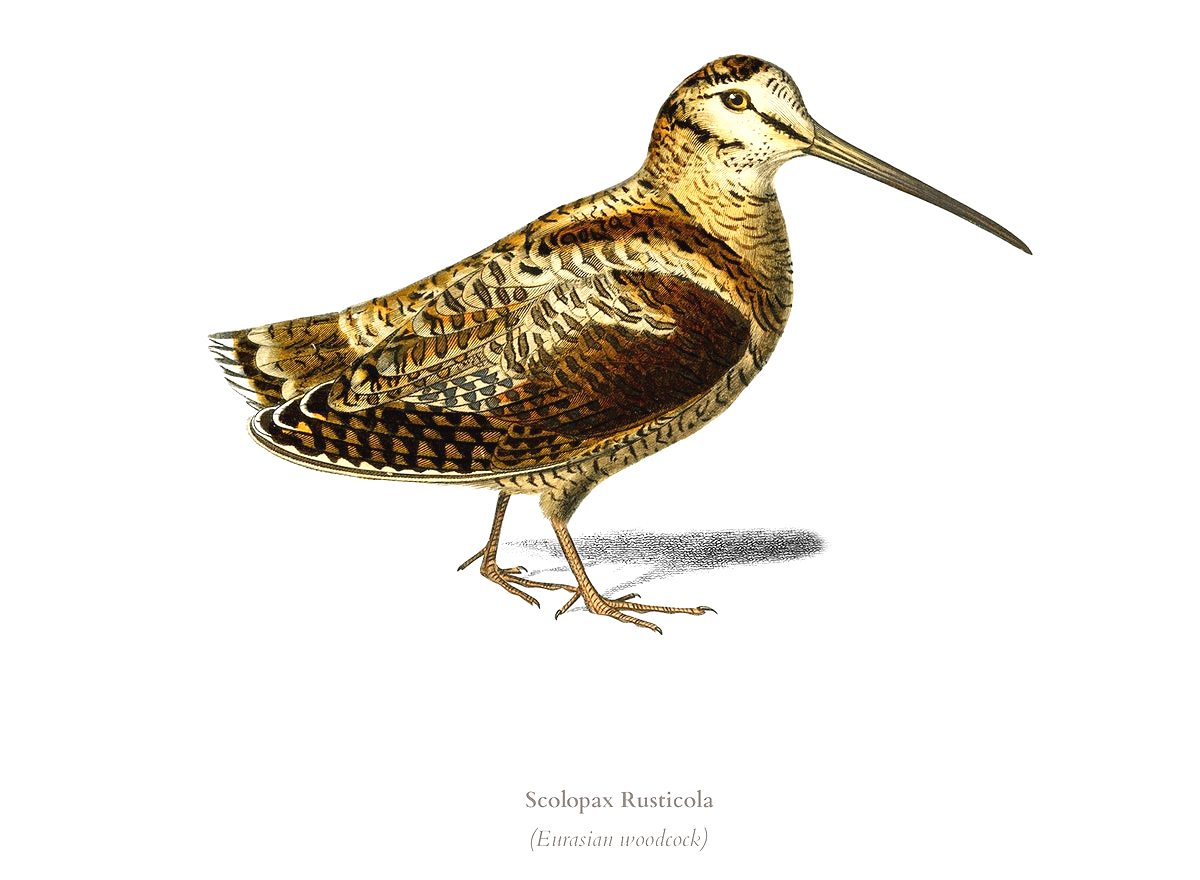 Description –
The woodcock reaches dimensions up to 34 centimeters in length, for 300 grams of weight.
It is recognized for its mimetic coloring, brown variously barred with black and yellowish white.
Presents a slight sexual dimorphism. The male is less massive than the female and has slightly brighter colors than this.
It has a beak length of 6 to 8 centimeters, robust and rounded at the end. Peculiarities of the species are the ear cavities, located not behind the eyes, but below and a little advanced with respect to them. Thanks to the peculiar positioning of the eyes, which are very backward from the round head, the Woodcock has a visual field of almost 360 degrees, a characteristic that goes hand in hand with a particularly developed hearing.
The Scolopax rusticola has no subspecies, it is monotypical.

Biology –
As far as the biology of this volatile is concerned, the species usually nests in silent and solitary woods, especially in clearings dotted with isolated bushes, digging a small hollow in the ground that it covers with a few dry stems and moss.
The nest is quite simple and is made on the ground in depressions of the ground and stuffed with dry leaves, twigs, blades of grass. The female lays on average 4 eggs, which it hatches for about three weeks. Only after hatching will the male also take care of the chicks.

Ecological Role –
The woodcock is an insectivorous bird that feeds essentially on worms and larvae.
The diet is however made by worms and earthworms that it gets thanks to very developed hearing and smell, and above all the long beak, thanks to which it can reach its preys directly in the subsoil are the peculiarities of this species, which does not disdain even insects between including flies, crickets, spiders, beetles.
Scholars have observed how the Woodcock swallows regularly, to facilitate digestion, even small stones or sand. Unfortunately, it is increasingly rare to see it pecking in the undergrowth, where sometimes it is prey to birds of prey but, above all, to man: recent estimates show at least 3-4 million individuals culled in Europe, and especially in France, Greece and Italy where, without a logical explanation, the hunting of woodcock is still permitted by law.
As for his habits, he underlines how during the day, the Woodcock never comes out of the closet: only at dusk does it come into action, beginning to rummage through the leaves in search of food.
Through the technique of ringing of the woodcock, which requires quite specific procedures, it has been possible to verify that the area of ​​origin of the ringed birds reported in Italy is quite vast, embracing the greater part of Europe and extending to the east, up to achieve the maximum number of reports related to subjects in Russia and Finland. The distances covered vary widely, with a concentration of cases between 2,000-2,500 km and maximums above 3,000 km. The distribution of Italian recapture abroad includes on the one hand Mediterranean France, on the other both Balkan, Baltic and Central Russia areas.