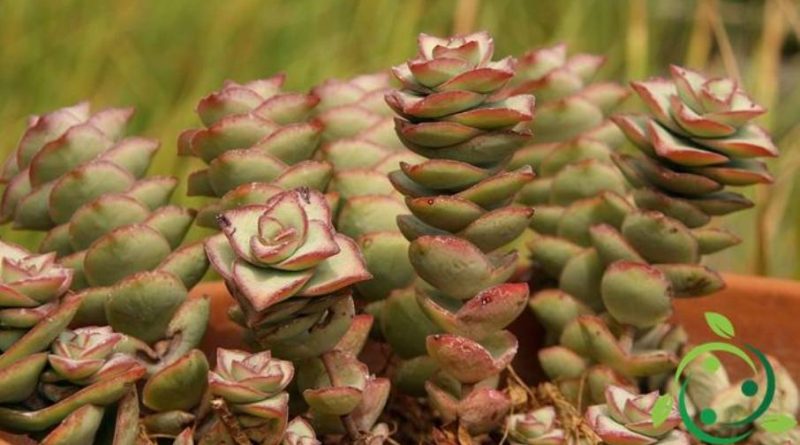 How to grow Crassula

The genus Crassula is composed of a series of evergreen succulent plants belonging to the Crassulaceae family. It is a family with about 300 species, even very different from each other, which mostly originate in South Africa but some indigenous to the Mediterranean.
Of the genus Crassula many species are appreciated as ornamental.
In this card we will see how to cultivate the Crassula, although with some differences between the different species.
Among the most famous species we remember:
– Crassula arborescens (Mill.) Willd .: is a plant that can reach up to 3 meters in height, with fleshy oval leaves the color is greyish dotted with red at the edges, its flowering although rare, shows with flowers small and white;
– Crassula ovata (Mill.) Druce or Crassula argentea: this species is often confused with arborescens due to the close resemblance, but its leaves are spatulated, flat and rounded on the upper part. It is the most widespread species of the genus and there are many varieties including a variegated one. This plant produces small flowers collected in pink inflorescences. It is commonly called a jade tree;
– Crassula perfoliata var. falcata (J.C.Wendl.) Toelken .: species with an erect stem and velvety leaves of gray-green color and the shape of a scythe blade, its beautiful flowers are large and thickly thickened with a scarlet red color;
– Crassula perforata Thunb .: it is recognizable by its dark green, white-spotted triangular leaves, pointed and turned downwards and with a thin stem.
As mentioned, some species are indigenous to the Mediterranean region:
– Crassula alata (Eastern Mediterranean and Morocco);
– Crassula basaltic, endemic to Etna;
– Crassula tillaea (sin. Tillaea muscosa), also present in Italy;
– Crassula vaillantii, also present in Italy.
On the other hand, other species have become naturalized in suitable environments, although they are not native, among these we mention the Crassula aquatica, which in Europe is indigenous to various regions north of the Alps.
In general, the Crassula is a plant that does not need special care but it is certainly good that it is placed in full sun in an area where temperatures are not too rigid.

For this plant the minimum achievable temperature is -4 ° C, so it is possible to grow it outdoors, with good results, only in the coastal areas of southern Italy.
In other places, pot cultivation is preferable with the possibility, by changing its position, to expose the plants always at milder temperatures. Outdoors, among other things, it is advisable to place the Crassulas, next to stone walls where, in addition to the aesthetic aspect, the plants will enjoy the heat released by the stones at night.
As for the substrate, as for other succulent plants, it is advisable to create a special one using a mixture of river sand, gravel, a small percentage of peat and at the bottom of the pot a layer of coarse gravel to facilitate draining of excess water .
If you cultivate the Crassula in more humid and cold areas, the proportions for a perfect combination include 1/3 of soil for green plants and the remaining part of sand. During the vegetative period, if the Crassula is exposed in full sun, it will be necessary to intervene with modest but constant waterings. It is advisable to intervene on average once a week, moistening the soil in depth, then before irrigating again, check that there is no moisture at the level of the roots. During the winter you can spread out watering once a month.
For fertilizing the technique changes if the Crassula is grown in the ground or in pots. In the open ground it should be administered at the base of the plant of the well humified organic substance, taking care then to cover it; this operation must be done in the spring when the vegetative growth starts. For potted plants, a balanced liquid fertilizer should be administered twice a week, from spring to autumn; in this case the fertilizer must be diluted with irrigation water to avoid root burns.
When, after two or three years, the plants have occupied the entire vase with their roots, the repotting is done in a larger container and taking care to place a new substrate as before.
The multiplication can take place either by seed or by cuttings. Sowing should be done in light soil, mixed with sand, in a shaded area and at a temperature of 21 ° C. For cutting, putting them to root in damp sand.
Finally diseases and parasites of Crassula.
Let’s say that in general these plants are quite rustic; the only danger is always represented by the root rot due to an incorrect and abundant irrigation. For this type of plants it is preferable to withstand the water shortage for a few days than to always have the roots in a humid environment.
Among the animal pests those that can give greater discomfort are the cochineals, both the cottons and the scudetto. These insects can be removed manually using a cotton swab soaked in water and alcohol.