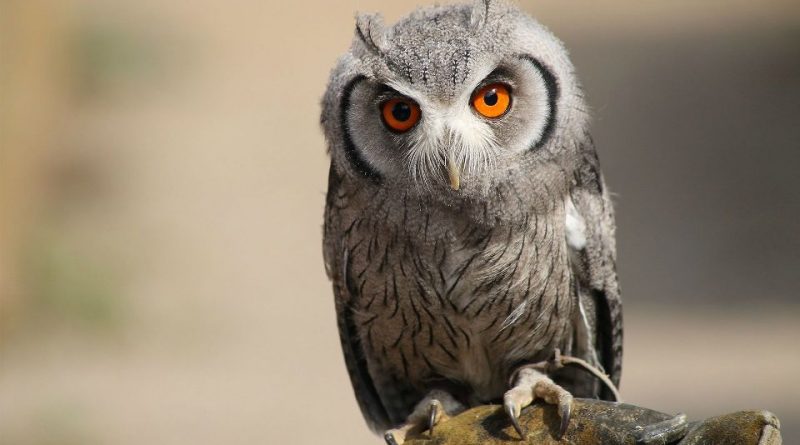 The Eurasian scops owl (Otus scops Linnaeus, 1758) is a small bird belonging to the Strigidae family.

Geographical Distribution and Habitat –
The Eurasian scops owl is a bird whose presence is mostly concentrated in Croatia, Spain and Turkey; in Italy, in France and in North Africa, it is widespread like a leopard; in other European countries, such as Austria and Switzerland, the scops owl was quite widespread, but in recent years there has been a discreet decline in numbers.
The Eurasian scops owl is a nocturnal species that prefers open and warm, if not even dry, environments. Its natural habitats are made up of pine forests, woods, olive groves, wooded countryside, etc. 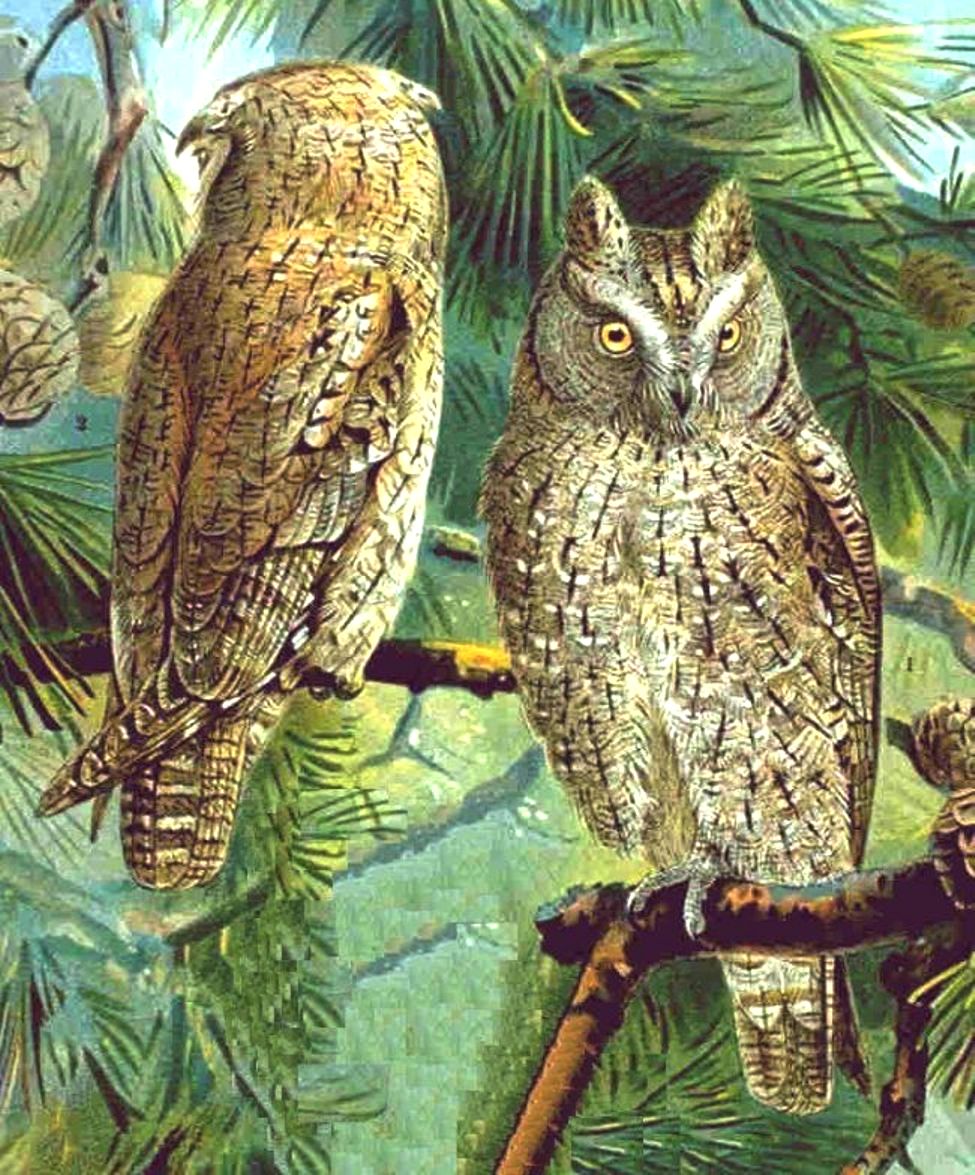 Description –
The Otus scops, in the aspect resembles that of an owl; it is however a small bird with a length that generally varies from 18 to 21 cm; even its wingspan is not particularly extensive (from around 47 to 55 cm).
It has a weight ranging between 56 and 102 g. The head is rather small and the build is robust. The beak is short, hook-shaped, the color is brown or blackish with a gray or yellowish base. The tail is short.
It has a gray-brown or reddish-brown plumage with darker streaks; in younger specimens the streaks are more numerous.
The legs are feathered and have claws. Sexual dimorphism is not particularly pronounced as in other bird species. The female, however, is generally larger than the male. The common axiol is also recognized because it has a very characteristic appeal that among other things has served as inspiration for the other term with which the scops owl is called: chiù.

Biology –
The Eurasian scops owl is a small bird of prey that normally lives solitary, sometimes in small groups. This bird is active especially at night with a two-phase activity profile. The main point of his activity reaches its peak before midnight. A pause phase is activated between 0 and 2. At sunset or a little later the little owl ends its pause phase, and then, at the first light of dawn, retreating to its shelter, always well sheltered, and usually spends the day without particular movement. Frequent cleaning breaks interrupt this rest period; have been observed, albeit rarely, real sun or sand baths.
Axiol reaches sexual maturity towards the tenth month of age; during the breeding season, couples never divide, even if they do not spend their whole lives together.
The reproductive period begins in May and lasts throughout the month of July. The scops owl generally tends to nest in the cavities found in trees, walls and even in old nests abandoned by corvids. The eggs laid generally vary from three to seven.
It hatches only once a year and this lasts about 25 days. The young leave the nest after about three weeks, at the latest after a month. At the age of six weeks I am perfectly able to hunt, but until the ninth week they continue to be followed by their parents.

Ecological Role –
The Eurasian scops owl is quite well known because it is the bird belonging to one of the characters of the lucky Harry Potter saga.
From the point of view of its feeding the axiol is above all an insect hunter. Cicadas, grasshoppers and beetles are among its prevailing prey. It also feeds on earthworms. Among the preys there are only to a lesser extent birds and toads, and only rarely hunt mice or other small mammals.
The prey is spotted from a low position and slammed to the ground. Only rarely hunt during the flight or from the ground. It is not yet known with which hunting technique attacks birds.
The technique of capturing small birds is based on the “magnetism” (mainly the eyes) with which the bird standing still causes small birds to approach. It is the same phenomenon with which even owls or owls were used for hunting larks. The phenomenon is also valid for nestlings just out of the nest.
This bird has a direct and almost noiseless patrol flight. It clearly stands out from that of the dwarf owl, which takes place instead in the shape of a wave. In threatening situations the scops owl assumes a position of great height, camouflaging itself. In this position he remains motionless for a long time, letting the potential enemy approach him. Only when it is very close does it take flight, changing places and immediately resuming its camouflage posture. In the absence of the possibility of escape, the scops owl shows a variety of aggressive attitudes, such as blowing, making their beaks beat or eyes widening asynchronously, which can lead to direct attacks with claws and beaks.
During cold periods it migrates from Europe to move to the savannahs of Africa.
The Eurasian scops owl is not among the protected species, but in recent years there has been a certain decrease in the number of such birds.
In freedom, life expectancy is about six years, while it becomes much longer in the case of captivity (about twenty years).