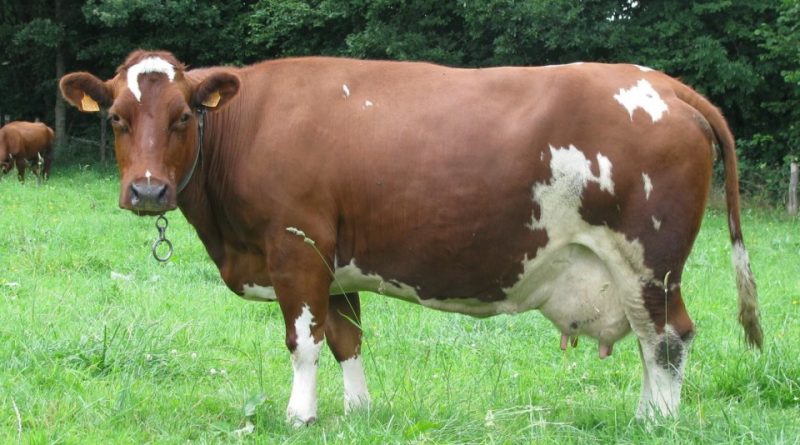 The Belgian Red Pied is a bovine breed (Bos taurus Linnaeus, 1758) originally from Belgium and is a dual breed breed for meat and milk production.

Geographical and area distribution –
The Belgian Red Pied is a breed that is bred only in Belgium.

Origins and History –
The Belgian Red Pied is a bovine breed originating from Belgium derived from the Red Spotted Frisona. The Genealogical Book of this breed was established in 1973.

Morphology –
The Belgian Red Pied is recognized for having the color of the spotted red coat tending to the Fromentino color.
Instead they are white, generally both the limbs and the ventral region. The head is generally red with white spots on the forehead.
The musello is red-colored; the horns are short and with a waxy yellow color.
These are medium-sized animals with adult females weighing between 650 and 700 kg and with a withers height of 135-140 cm.

Production aptitude –
The Belgian Red Pied is a dual-purpose breed with a prevalence of milk production.
There is an average production at the head of the controlled cows (as of 1989) of 6.030 kg, with a fat content of 4.25%, of 3.47% protein.
Meat production is also medium with fairly large increases in meat.