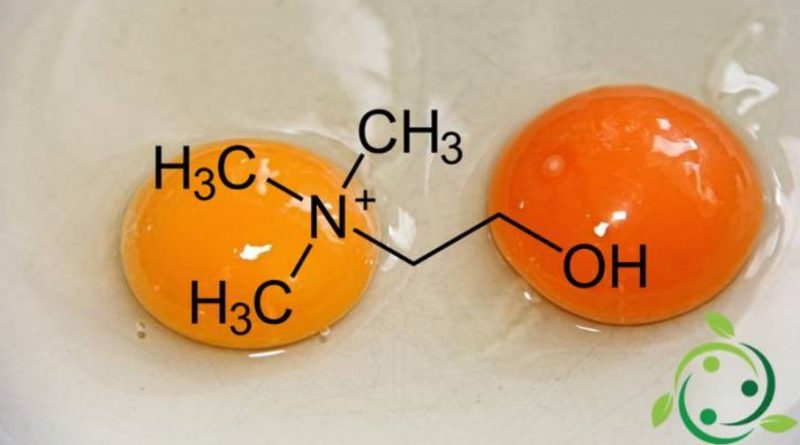 Choline whose term in the official IUPAC nomenclature is 2-hydroxy-N, N, N-trimethylethanammonium and whose brute or molecular formula is: C5H14NO +, is an organic substance classified as an essential nutrient which is also known as vitamin J and sometimes it is combined with Group B vitamins. This molecule was first discovered in 1864 by Andreas Strecker, while its first synthesis in the laboratory dates back to 1866.
In nature, choline is present mainly in egg yolk and soybeans but is also found in ginger and brown rice. In smaller quantities we find choline in lettuce and other natural foods such as: liver, meat, fish, dried fruit, beans, peas, spinach and wheat germ.
On a physiological level it is not yet completely clear whether choline can be used from these sources for intestinal absorption.
Choline is also present in lecithin, which can be used both as an additive and as a food supplement. Phosphatidyl choline is also available in pills or powder or even as chloride (liquid).
Choline is a constituent of the phospholipids that make up the cell membrane and of the neurotransmitter acetylcholine.
Among the most known uses of choline we recall that it is used to control cholesterol levels in the blood and to protect the health of the liver (for example in the case of hepatitis or cirrhosis).
Some studies would suggest that choline is particularly important for the proper functioning of the nervous system, so much so that it is recommended in cases of depression, memory loss, Alzheimer’s and other forms of dementia, Hungtington’s chorea, Tourette’s syndrome, cerebellar ataxia, disorder bipolar, some forms of convulsions and schizophrenia.
Choline also appears to be able to reduce the inflammation associated with asthma and the need to resort to the use of bronchial dilators.

Other uses of choline are made by athletes to delay the sense of fatigue during endurance sports and some pregnant women take it to prevent neural tube defects in the fetus. Its other uses include cancer prevention and treatment of bronchitis.
Choline can be metabolized in the human body in trimethylamine (TMA), a compound with a characteristic fishy odor. For this reason, the intake of large quantities of choline can cause the body to give off a fishy odor.
Given this variety of uses, EFSA (European Food Safety Authority) has authorized only three indications for choline for the time being. In particular, products containing at least 82.5 mg of choline per 100 g (or 100 ml, or portion) can claim claims that “it contributes to the normal metabolism of homocysteine”, “contributes to normal lipid metabolism” and “contributes to the maintenance of normal liver function “.
On possible contraindications we can say that choline is considered a safe molecule at least until it is taken in quantities not exceeding the maximum recommended daily dose (1 g between 1 and 8 years of age, 2 g between 9 and 13, 3 g between 14 and 18 and 3.5 g from the age of 18).
Even during pregnancy, choline intake is considered safe.
Finally, there would be no particular interactions between the intake of choline and that of drugs or other substances.