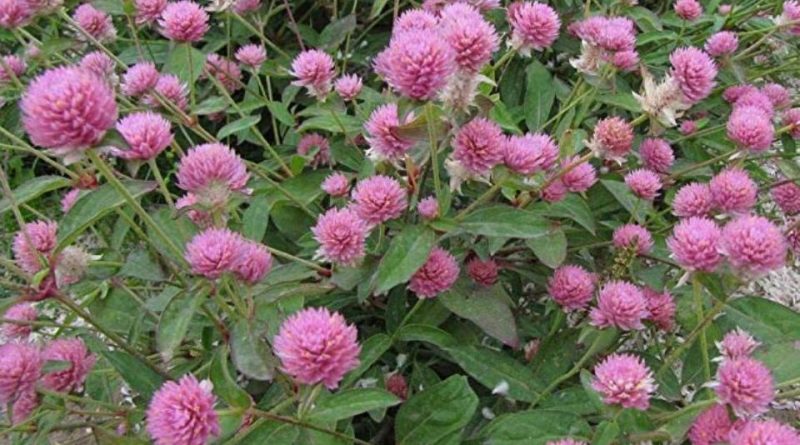 Systematics –
From the systematic point of view it belongs to the Eukaryota Domain, United Plantae, Magnoliophyta Division, Magnoliopsida Class, Fabales Order, Fabaceae Family and therefore to the Genus Trifolium and to the T. pratense Species.

Etymology –
The term Trifolium comes from the three-prefix and from fólium foglia: for the leaves composed of three leaflets. The specific epithet pratense comes from the Latin pratensis, derived from pratum «prato», meaning that it grows or lives in meadows.

Geographical Distribution and Habitat –
The Trifolium pratense is a perennial herbaceous plant widespread in a geographical area that goes from the Americas, to Europe, to Russia.
It is one of the most widespread forage legumes in Europe and in some countries of the old continent, with extensions of some hundreds of thousands of hectares but not of very ancient cultivation, as it reached Europe probably through Spain and, from here, it extended to France , to Germany and the Netherlands.
In Italy, however, the pure culture of this meadow legume has progressively lost interest over the last twenty years.
Moreover, despite the perennial denomination, in Italy it has a life cycle that rarely exceeds two years.

Description –
Trifolium pratense which has a root system consisting of a small branched and rather shallow taproot. It has erect, branched, hollow stems, up to 0.8 m tall.
The leaves are trifoliate, with oval leaflets with an entire margin, which on the upper lamina have a light green V-shaped band.
It has globular, head-like inflorescences, composed of a number of small flowers between 80 and 100, these are tubular, of a more or less intense rosy color, tending to violet.
The fruit is a diclesio, an indehiscent camara included in the calyx, with a membranous pericarp and an irregularly ovoid, smooth, yellowish or brown seed of 1.3-2.1 mm.
The fertilization is exclusively crossed (auto incompatible plant) and is entomophilous by means of bees and bumblebees.

Cultivation –
The Red clover is a plant that is extremely resistant to the cold, reaching populations up to 2600 m above sea level. The good adaptability of this fodder to mountain soils is also confirmed by its good tolerance to acidity: the plant finds its optimal level in a soil pH between 6.6 and 7.6, but good productions can be obtained even with pH between 6 and 6.5.
The Red clover is a physiologically polyennial species, but in practice, however, it behaves like a biennial species, as at the end of the 2nd year almost all plants are dead or due to drought or fungus attacks. Therefore the pratense clover in southern European countries lasts only two years in cultivation, only in Northern Europe the local varieties last 4-5 years.
Moreover this species is not heliophilous as the other leguminosae, therefore it lends itself to sowing. However it is considerably damaged by the dry, therefore for the whole vegetative cycle it is necessary to have regular water supplies. It does not stand stagnant, however: in the case of irrigation it is important to irrigate with small quantities rather regularly, rather than supplying it with high water supplies that can be even more harmful than drought.
Red clover is an excellent improving crop which, therefore, is suitable to follow and precede wheat or another similar cereal. It is impossible to grow pratense clover on land that has hosted it a short time before, so it is absolutely essential that the pratense clover enters long rotations, in which it passes a long period (at least 5 years) between two successive crops of this legume.
Given the brevity of the production cycle and the slowness of its development in the first year, there is no convenience in sowing the pratense clover in specialized culture, in Italy the normal technique was sowing in bulatura in the middle of a cereal, but with the Intensive cultivation of scarce wheat are the chances of survival of leguminous plants in it.
The most common time for sowing is February-March, 30-35 kg / ha of seed are used for sowing.
The yields in hay are 5-6 t / ha. An excellent violet clover hay cut at the beginning of flowering has an ss content of about 86%, of raw protides of 17-18% (su s.s.) and a nutritional value of 0.6-0.65 U.F. per Kg of s.s.
The Pratense clover seed is produced on the 2nd cut: the productions are low (100-200 Kg / ha) and are made very random by several difficulties: shortage of pollinating insects, insect attacks (Apion pisi), lodging, ginning.

Uses and Traditions –
The Red clover was already known as a forage plant, the pratense clover was never however widely cultivated and became a plant of primary importance only when, introduced in England in the mid-1600s, it was included in the alternation in place of bare fallow. The consequences of this change were twofold: on the one hand it caused a significant increase in forage availability and, on the other hand, thanks to its nitrogen-fixing capacity and the consequent enrichment of the soil nitrogen content, it allowed an increase in all agricultural production.
In the high altitude pastures there is the nivale subspecies.
In folk medicine, clover infusions were used in the treatment of hyperchlorhydria.

Preparation Mode –
The Red clover is a plant of great interest forage while it has no uses in human nutrition. In the past it was also used, through its infusions, in the hyperchlorhydria treatment to decrease the secretion of intestinal hydrochloric acid.