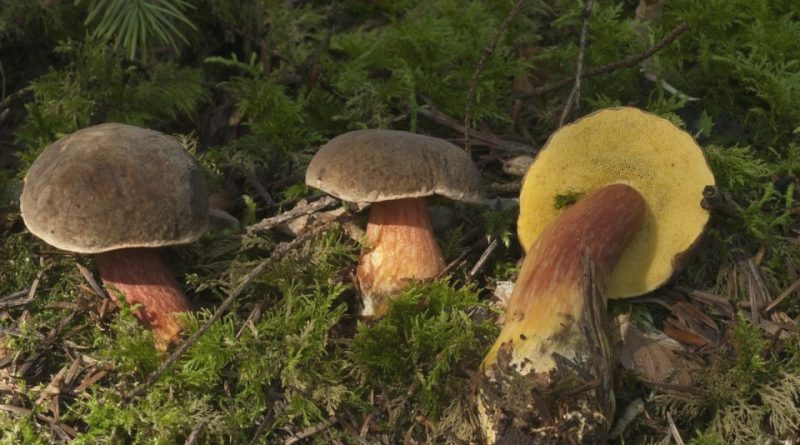 Geographical Distribution and Habitat –
The golden boleto is a quite common mushroom in oak and chestnut woods but also in coniferous woods or in the fresh beech forests with which it forms mycorrhizae; its habitat is represented by well-drained and humus-rich soils where it bears fruit from the summer until late autumn. 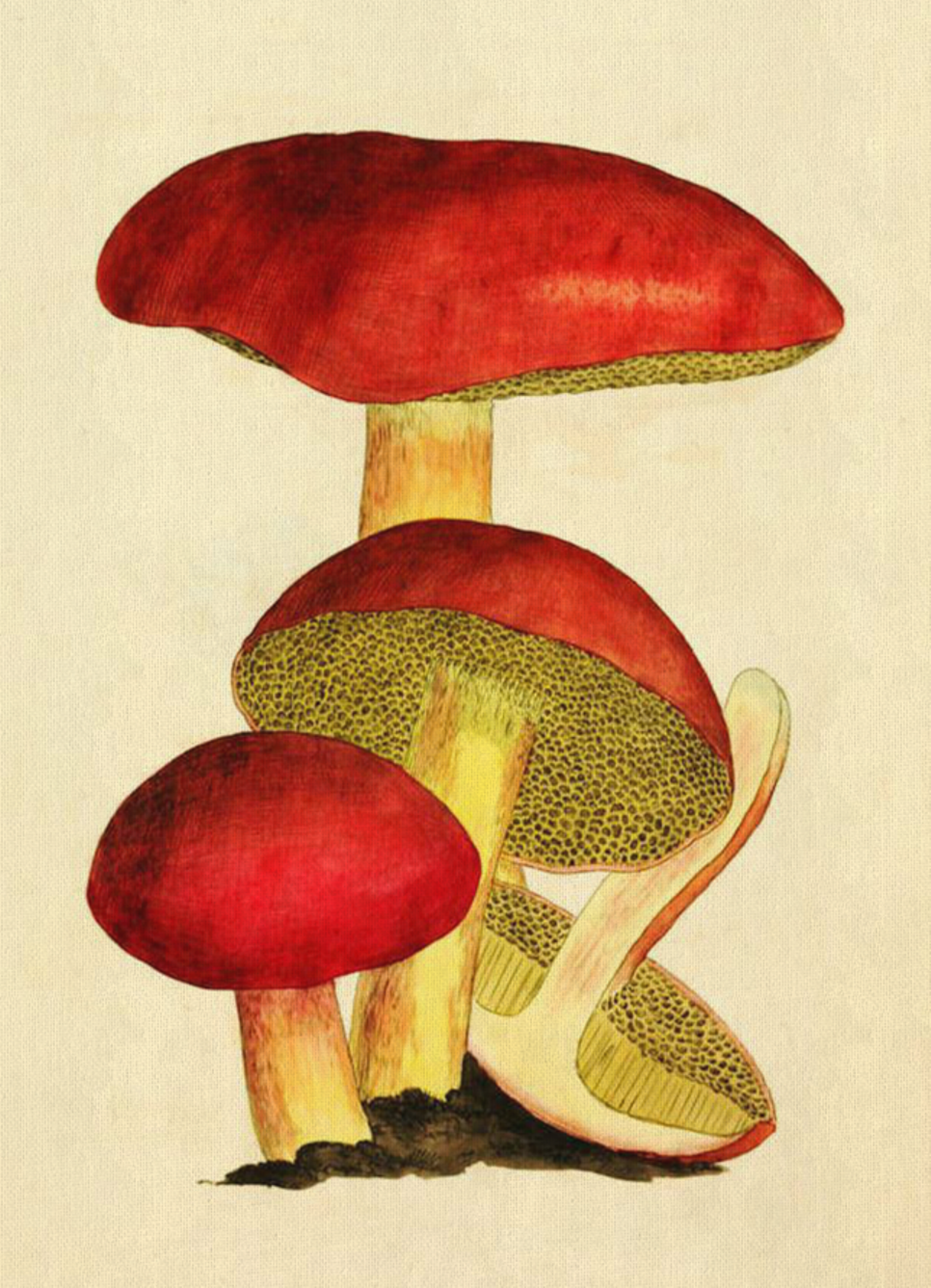 Recognition –
The Xerocomellus chrysenteron is recognized for having a hat of 3–10 cm in diameter, first convex and then flat, with a chamois-colored, velvety, scaly or chapped cuticle in aerole, which reveals the underlying flesh of reddish.
The margin is immediately relaxed and then wavy.
The tubules are up to 15 mm long, yellow or greenish-yellow in color, adherent to the stem and bluish due to finger pressure.
The pores are yellow, large angular, bluish to the touch.
The stem measures 4-10 x 0.5–2 cm, cylindrical or flattened, fibrous, yellow at the apex and reddish in color along the rest and at the base, covered with brick-red punctuation.
The flesh has a yellow and reddish color under the cuticle, firm, compact, then springs that when cut can turn blue. It has a slightly fruity smell and a sweetish taste.
At the microscope, spores of 12-14.5 x 4.5-5 µm are observed, olive-like in mass, spindle-shaped.

Uses and Traditions –
This mushroom is easily recognizable by the velvety cuticle with the characteristic chamois-colored cap that immediately tends to crack in areoles from which the flesh can be seen reddish.
Originally it was inserted in the genus Xerocomus; however, recent molecular studies have shown polyphilia of this kind that has consequently lost its taxonomic validity. For this reason the genus Xerocomus s.l. it has been dismembered and the species belonging to it have been included in other genera already existing or created ad hoc among which Xerocomellus Šutara 2008. The species belonging to this new genus can be distinguished from the other xerocomoid fungi by microscopic details such as the structure of the pilipellis in palissadoderma, the hymenial texture more similar to that of the genus Boletus and the sporal surface smooth or striped longitudinally but never bacillated in the observations under the electron microscope. Molecular investigations have demonstrated the effective taxonomic validity of this new grouping.
Among the species that can be confused with the golden boleto we recall:
– Xerocomellus cisalpinus (Simonini, H. Ladurner & Peintner) Klofac = Xerocomus cisalpinus Simonini, H. Ladurner & Peintner, which can be distinguished by the strong bluish color in the lower half of the stem, more evident at its base and for the growth almost Mediterranean.
– Xerocomellus porosporus (Imler ex G. Moreno & Bon) Šutara = Xerocomus porosporus (Imler ex G. Moreno & Bon) Contu is recognized for its gray-greyish pileic colorations and the lack of subcuticular reddish tones, as well as for the characteristic truncated spores .
– Hortiboletus rubellus (Krombh.) Simonini, Vizzini & Gelardi = Xerocomus rubellus (Krombh.) Quél., In the brownish forms, stands out in the section for the reddish flaming or stippling present at the base of the stem and for growth under hardwoods in ruderal zones .
– Xerocomellus pruinatus (Fr. & Hök) Šutara = Xerocomus pruinatus (Fr. & Hök) Quél. it shares the same habitats, it has darker pileus, presence of silver pruina in the young specimens, evident reddish flaming at the base of the stem and practically immutable yellowish flesh.
However, this mushroom should be considered a mediocre edible because of its soft consistency and the consequent tendency to maintain little cooking. However, the flavor is good and when the climate is dry, the consistency also improves, especially in young specimens.

Preparation Mode –
The golden boleto is a mushroom of mediocre edibility which however can be preserved in a dried form.