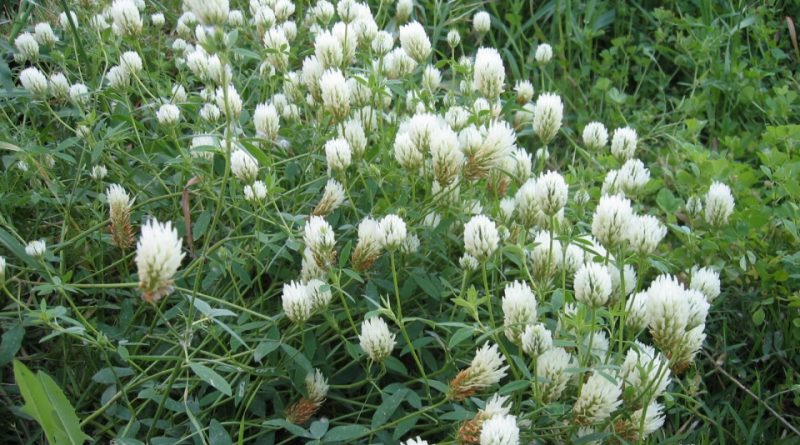 The berseem clover (Trifolium alexandrinum L.) is a herbaceous species belonging to the Fabaceae family.

Systematics –
From the systematic point of view it belongs to the Eukaryota Domain, Kingdom Plantae, Magnoliophyta Division, Magnoliopsida Class, Fabales Order, Fabaceae Family and therefore to the Genus Trifolium and the Species T. alexandrinum.

Etymology –
The term Trifolium comes from the three-prefix and from fólium foglia: for the leaves composed of three leaflets. The specific epithet alexandrinum in reference to the city of Alexandria in Egypt.

Geographical Distribution and Habitat –
The berseem clover is a legume originating from Syria where it has been cultivated for a long time in the area of ​​origin. It was introduced into Egypt in the 6th century, in India in the 19th century and in Pakistan, South Africa, the United States and Australia in the 20th century.
In addition to the areas of origin, it is cultivated throughout the Mediterranean basin and in central and northern Europe; it is also cultivated in the United States but its cultivation is limited to the eastern temperate regions and the south-western area. 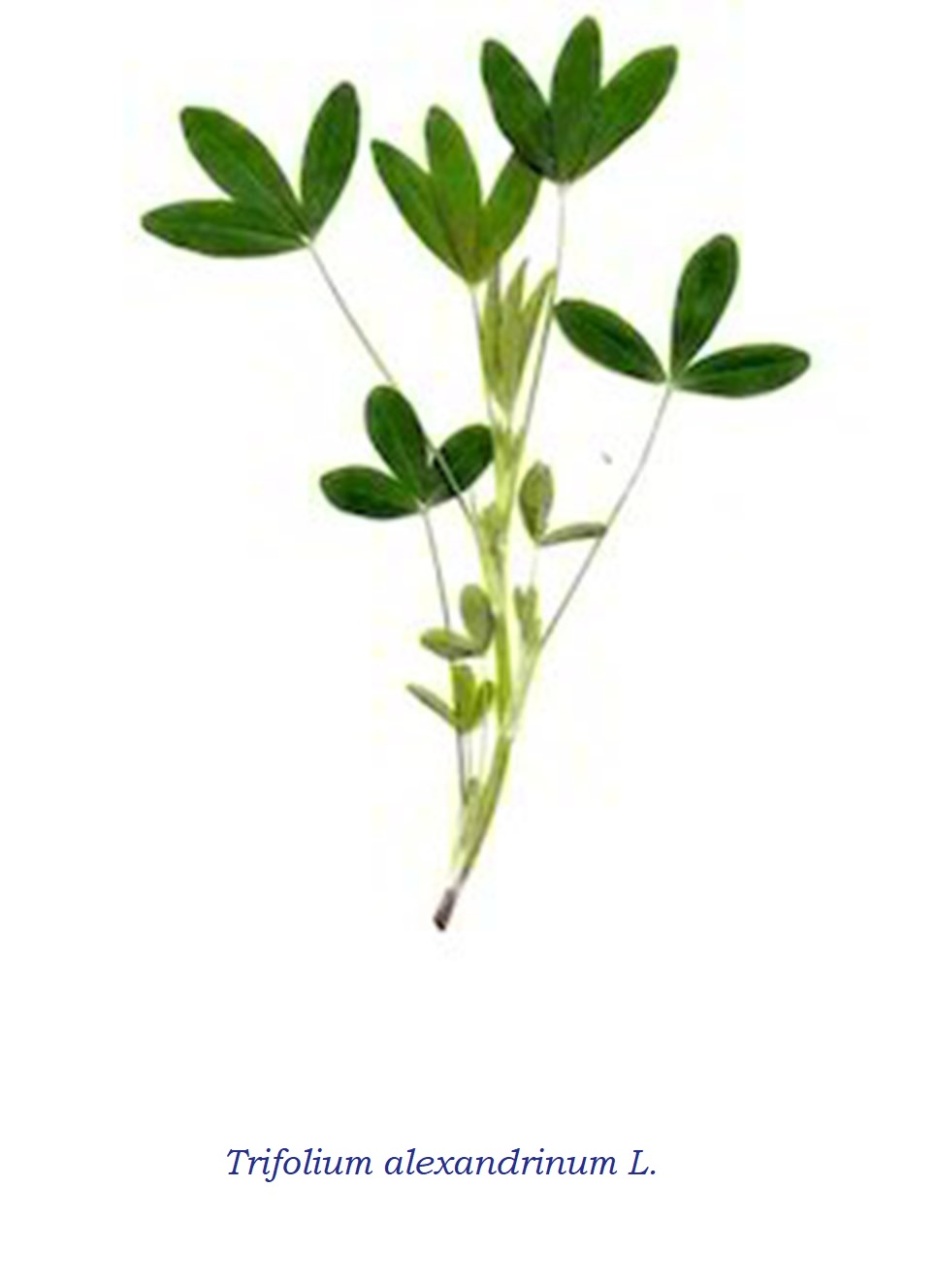 Description –
The Trifolium alexandrinum is a plant with erect habit, with hollow stems, trifoliate compound leaves, with sessile, narrow leaflets, carried by a long peduncle with enveloping stipules and axillary branches; the basal shoots are produced by the buds of the collar in succession throughout the cycle with intensity in relation to environmental conditions and use. The inflorescence is a head with yellowish-white flowers that form dense elliptical clusters of about 2 cm in diameter. The flowers must be cross-pollinated by bees to produce seeds.
The fruit is a diclesio, an indehiscent camara included in the glass with a membranous pericarp and only 1 reddish-brown seed of 2-2.2 mm.

Cultivation –
For the cultivation of the berseem clover it is recalled that it is a species that does not tolerate temperatures below 0 ° C and resists well to high temperatures (up to 40 ° C).
The seeds for germination require good humidity conditions and a temperature of at least 8-9 ° C, in favorable conditions; the emergence of seedlings occurs in 3-4 days. In conditions of low temperatures there is a slowing or stopping of the vegetative activity of the young seedlings, making the leaflets take on a characteristic reddish color. It requires at least 8-10 ° C to begin the growth of the stems. Flowering occurs at temperatures of at least 18-20 ° C and starts after 120-150 days from sowing in autumn sowing and after only 40-60 days in spring.
The berseem clover is considered a species of limited pedological needs.
It is also an improving species due to its taprooting root system and rich in root tubercles. It also lends itself well to the constitution of herbaceous oligophytes.
In temperate climates and in neutral or alkaline soils it replaces the clover in the Landsberger mixtures.
Moreover, the berseem clover is not a very demanding plant in terms of processing, being, especially in the south, often sown on hard soil.
It is advisable, however, to obtain a good grass, especially in clay soils, to make a deep plowing at about 30 cm in August, repeated harrowing and the leveling of the surface after the first autumn rains.
The irrigation of this crop is more widespread in central and northern Italy, in the Italian south and in the islands the crop is normally dry.
To harvest the berseem clover, for the production of forage, it is generally expected that the plant has just released the basal shoots that will produce the new stems and therefore the regrowth, for this reason the cutting or grazing will have to be carried out so as not to damage the basal shoots.
The berseem clover sown in a mixture with oats or ryegrass suffocates the weeds during breeding and grows again after cutting at the time of the oat harvest.

Uses and Traditions –
Trifolium alexandrinum is one of the most interesting annual forage leguminous species for both Mediterranean environments (in the spring-autumn cycle) and the European areas of the Center-North (in spring-summer cycle).
A high quality green forage is obtained from this plant. The berseem clover should be cut 50 to 60 days after sowing and then every 30-40 days. The maximum yield of proteins with a relatively low yield of fiber was obtained by cutting the plant to a height of about 40 cm.
Of this species, at least 4 biotypes can be distinguished which differ in biological characteristics, size and regrowth capacity of the plant: we recall “Fahl”, of greater development able to provide a single cut; “Saidi”, resistant to drought with a deep root system and able to provide 2-3 cuts; “Kadrawi” with a long cycle, late, generally provides 2-3 cuts or even more if irrigated and finally “Miskawi”, early development, able to provide 3-4 cuts, is the most widespread in Italy and Europe. The first three are instead grown in the warmer areas.
Currently in Italy 7 varieties “Akenaton”, “Alex”, “Ax”, “Laura”, “Miriam”, “Lilibeo” and “Sacromonte” are registered in the National Register with the first 5 registered only after 1990.
Among the foreign varieties of a certain interest there are “Bigbee” and “Multicut”, “Wafir” and “Giza”, and the tetraploids “Pusa Giant” and “Lage Giant”.
Genetic improvement programs are being carried out on this species with the aim of increasing resistance to low temperatures and water stress, prolonging the biological cycle, increasing overall productivity and individual uses, improving quality.
Currently the seed is mostly obtained with the last regrowth of common crops planted for the production of fodder (grazed and with a subsequent cutting cut or cut to obtain fresh or silage forage).

Preparation Mode –
Trifolium alexandrinum is a very interesting species for animal feeding while it has no uses in the human food sector or in the pharmaceutical sector.