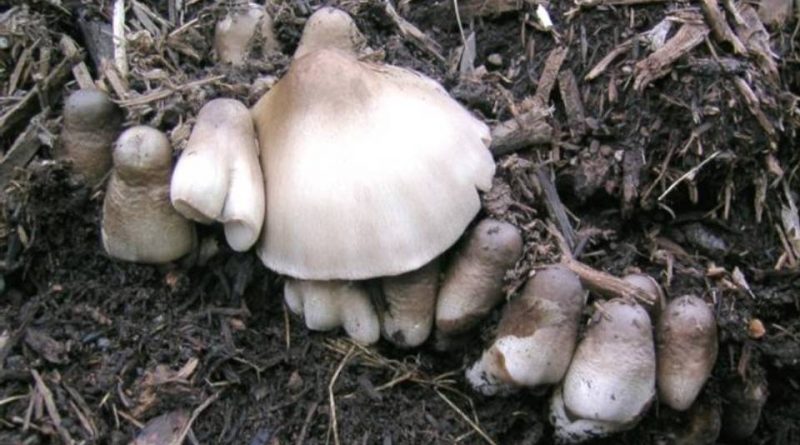 Etymology –
The term Volvariella is the diminutive of the genus Volvaria which in turn derives from volva guaina, involucro (variant of vúlva vulva): due to the presence of the volva that surrounds the foot of the stem. The specific epithet volvaceae comes from sheath vulva, casing: which has a species of volva at the base of the stem.

Geographical Distribution and Habitat –
Volvariella volvaria is a rare saprophytic fungus in the natural state but it is very present in the markets for its cultivation especially in the tropical climate countries of Asia.
In nature it grows in the meadows, but rather rare, and bears fruit in the autumn period. 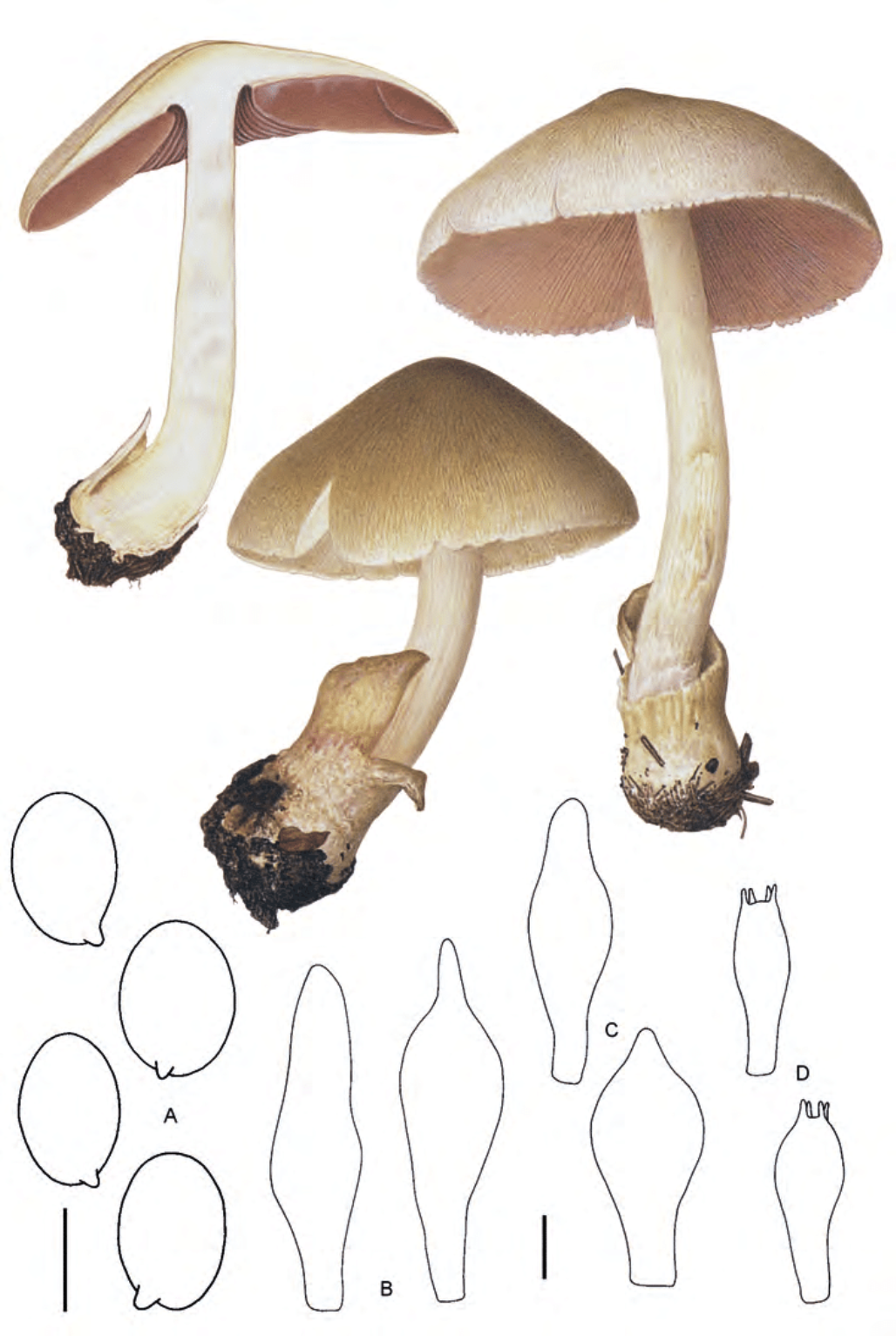 Recognition –
Volvariella volvacea is recognized for having a bell-shaped to convex-shaped cap, finally convoluted and then flat, with a greyish-gray-green and slimy cuticle, often hairy and bright if moist; tends to darken. It often has remains of the volva.
The lamellas are very dense, free and with lamellulae; at the beginning of white color and then over time they tend to pinkish.
The stem is robust, fleshy, cylindrical in shape and whitish in color, thinned at the base; over time it tends to be tinged with rosé due to the interception of spores released by the lamellas.
The volva is quite broad and membranous, light-white or ice-white, or light gray but always white inside; it is fragile and lobed that often remains in fragments on the hat.
The flesh is whitish in color and has a fibrous consistency, with a smell of horseradish and a delicate but anonymous flavor.
Under the microscope, spores of elliptic-irregular shape, smooth or slightly grainy, flesh-colored can be seen.

Cultivation –
Volvariella volvacea is a fungus that is grown mainly in Asia. Its cultivation seems to have started around 1822 in China from where it spread to other Asian countries.
The cultivation of this fungus requires high temperatures because in the incubation phase it is necessary to reach 35 ° C for a few days. In addition, temperatures between 27 and 31 ° C are required to complete the fruiting process.
Cultivation is carried out on substrates obtained from waste materials such as the remains of agricultural activities, rice straw, banana leaves and sawdust, cotton and sugar cane waste. These materials are then pasteurized after an initial composting phase
For the details of the cultivation technique you can consult the following sheet.

Uses and Traditions –
Volvariella volvacea is a mushroom grown and marketed for food purposes, especially in Asia and is mainly used for oil preservation, or dried.
This fungus, especially in its embryonic state, can be confused with the Amanita phalloides, in the adult state it is distinguished by the absence of the ring and the fibril ornamentation on the cap, and by the pink lamellae at the spores maturation.
Although edible it is a mushroom of little value, and in any case not to be collected for its rarity. Preparations derived from cultivation are also marketed in Italy.

Preparation Mode –
Volvariella volvacea is often marketed in oil in jars bearing the name of musk mushrooms. It can also be sold in a dried form.