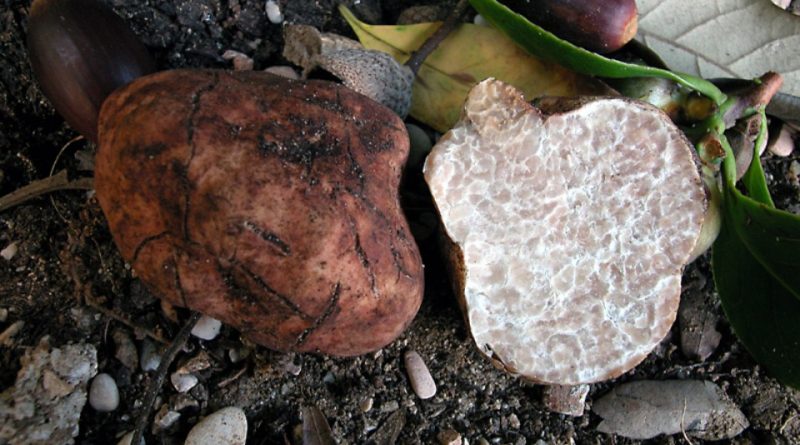 Systematics –
From the systematic point of view it belongs to the Eukaryota Domain, Fungi Kingdom, Ascomycota Division, Pezizomycotina Subdivision, Pezizomycetes Class, Pezizales Order, Tuberaceae Family and therefore to the Genus Tuber and to the T. borchii Species.
The term Tuber albidum Pico is synonymous.

Etymology –
The term Tuber comes from tuber tuber, truffle in Pliny and other authors. The specific epithet borchii is derived from the Latin borchii, in honor of the mycologist De Borch who described it for the first time.

Geographical Distribution and Habitat –
The March Truffle is an underground fungus that grows in light soils with a sandy texture. It is found above all under conifers and broad-leaved trees (Quercus, Corylus, Ostrya, Carpinus, Tilia, Populus, Salix) and bears fruit in the winter period that goes from January to March. 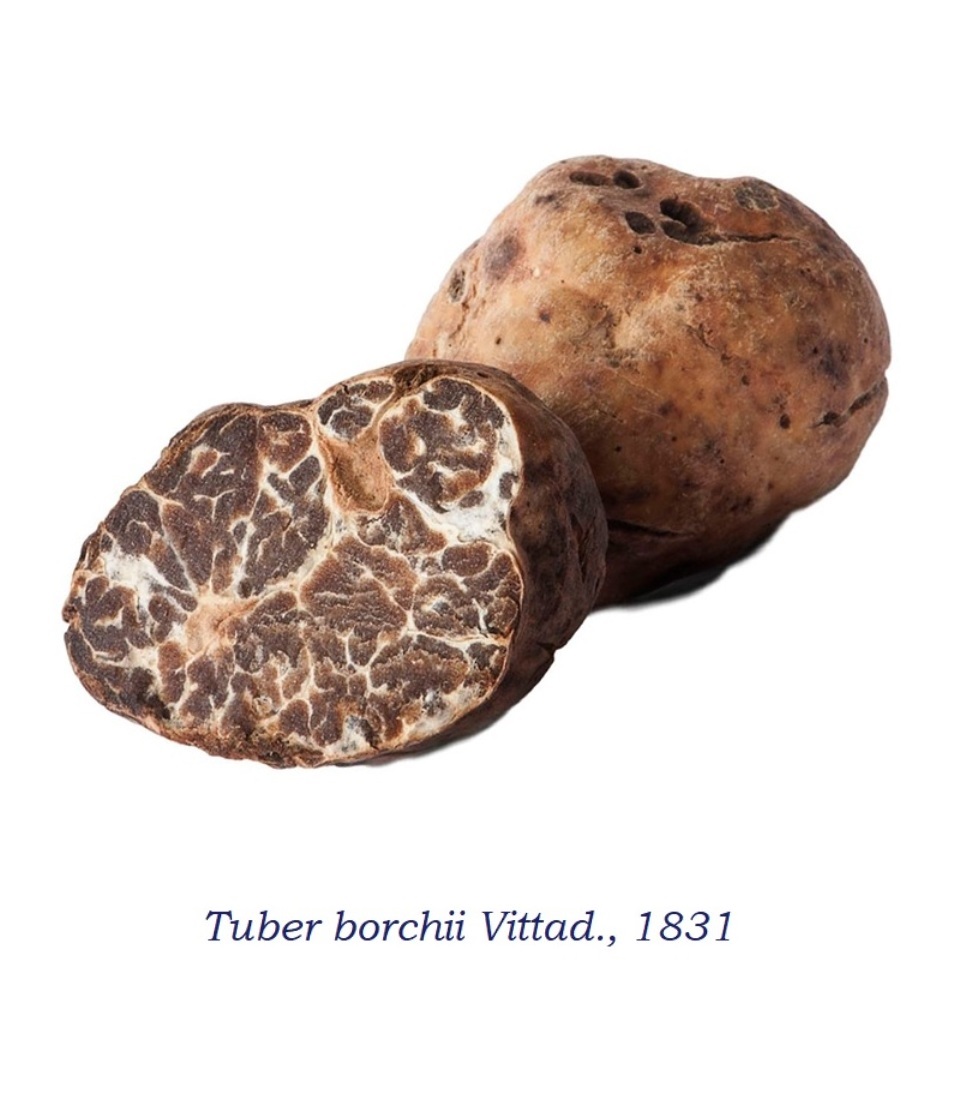 Recognition –
The Tuber borchii has a fruiting body of variable size from 1 to 5 cm but can reach, under favorable conditions, even sizes of 10 cm in diameter; it is globose or sub-globose and has no orifices or cavities.
The peridium is thin, from 250 to 500 µm thick, it is smooth, pruinose, whitish, light yellow-brown, or reddish-yellow and has a pseudoparenchymatic structure with rounded cells.
The gleba is typically of marbled appearance with whitish and reddish-white veins on a brown-violet or reddish brown background.
The smell is characteristic intense and garlicky, but pleasant.
At the microscope, spores of 18-37 x 18-30 µm are observed, ellipsoidal or subglobose, yellow-brown in mass, finely alveolar-reticulated, ornamentations 2-7 µm long, lattice meshes 3-9 µm wide .
The axes are normally 1-4 spores, globose, 63-106 x 42-90 µm, briefly pedunculated.
The cystidia are present outside the peridium, of 39-80 x 3-6 µm.

Cultivation –
The March Truffle is one of the least demanding species of truffles in terms of soil and climate.
In nature we find it a few meters from the sea in sandy soils and up to the hill in more varied terrains. For this reason, this truffle is one of the species that are easily cultivated or rather more successfully, logically by planting mycorrhizal plants of the species more closely related to it.
In any case the main symbiont plant of the Bianchetto Truffle is the maritime pine but does not disdain to live in symbiosis also with other plants such as oaks, willows and hornbeams.
On average, the first fruiting bodies are found 3-4 years after planting truffle plants.

Uses and Traditions –
The Tuber borchii is an edible and less prized truffle but, sometimes, some larger specimens are sold mixed with the prized white truffle.
The best method to avoid possible fraud is the olfactory one, as T. borchii has a much less pleasant smell than white truffle and is on average smaller in size.
The Tuber borchii can be confused with:
– Valuable white truffle, from which it differs for the smaller size, the less pleasant garlic-like odor, the maturation period and the different spore ornamentations;
– Tuber gibbosum Harkness, which is a specific symbiont of the Pseudotsuga menziesii;
– Tuber foetidum Vittad., Tuber puberulum Berk & Br., Tuber maculatum Vittad., Tuber dryophilum Tul. & C. Tul. and Tuber oligospermum (Tul. & C. Tul.) Trappe, from which it is distinguished by the different external pubescence, by the different structure of the peridium and by the different type spores.
In any case, for the correct recognition of this species, which is actually somewhat critical from a mycological point of view, it is very important to note the characteristic odor, the sweet taste and the subtle pubescence of the peridium. Any doubts can still be solved by carrying out a careful analysis of the growth habitat and the microscopic characters.

Preparation Mode –
The Bianchetto or March Truffle, as mentioned, is a fair edible, not particularly valuable; however the bianchetto is suitable for culinary preparations such as sauces or as a flavoring for example for butter. Those who do not appreciate the typical aroma of these mushrooms often see a certain resemblance to the smell with that typical of some hydrocarbons (gas).