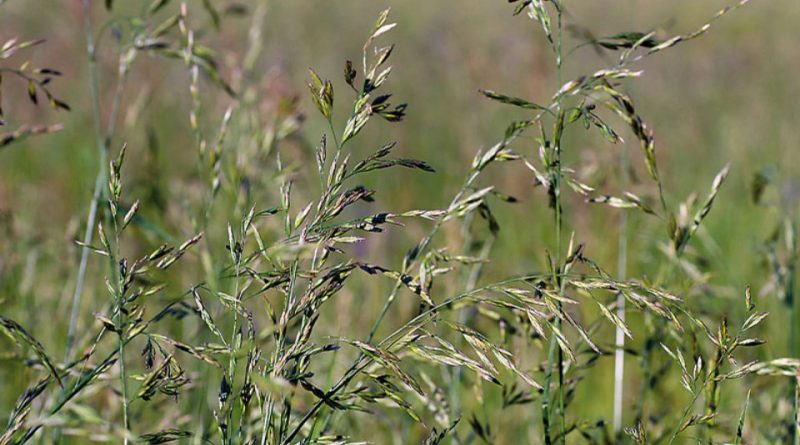 The meadow fescue (Lolium pratense (Huds.) Darbysh.) Is a herbaceous species belonging to the Poaceae family.

Etymology –
The term Lolium comes from the Latin name of loglio, a plant that was considered harmful to sight in Virgil and Pliny. The epithet pratense comes from prátum prato: meadows, referring to the growth environment.

Geographical Distribution and Habitat –
The fescue of the meadows is a plant belonging to a Eurasian species widespread from Europe to Japan. In Europe it is spontaneous and is present, with three subspecies, in all the regions of Italy (except perhaps in Molise). This species has a very wide regional distribution, but with large gaps in the low Friuli plain and in the coastal areas.
This species grows in hay meadows, sometimes even in ruderal vegetation, on rather fresh and rich clay and humid soil in bases and nitrogen compounds, from sea level to about 1800 m.
The fescue of the meadows is now grown all over the world. 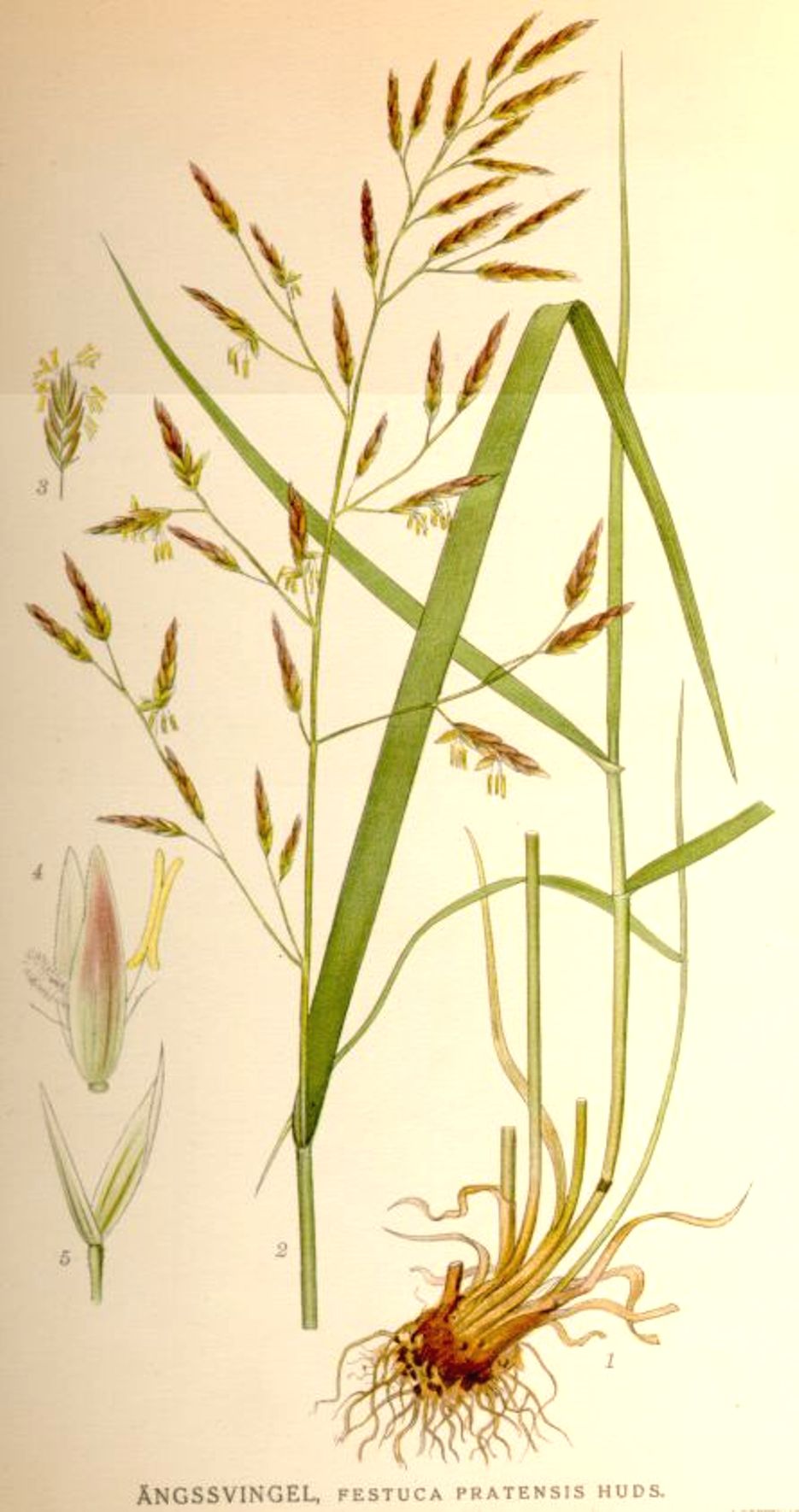 Description –
Lolium pratense is a perennial species with a size ranging from 60 to 120 cm, with a short and blunt ligule, with leaves that are bright green, up to 4 mm in diameter.
Antecario with caryopsis of 3-4 x 1-1.5 mm. Spikelets with 5-6 flowers, elliptic, compressed, long 9-11 (15) mm, which at maturity are disarticulated above the glumes and under each fertile flower. Persistent glues, similar, lanceolate, of 2.7-4.5 mm and 3-5 mm respectively. Elliptical Lemma, 6-8 mm.
The anthesis is between June and August.

Cultivation –
The meadow fescue is a species that has agronomic characteristics almost entirely opposed to Festuca arundinacea, it is in fact much less rustic, less productive, less long-lived (5-8 years), less resistant to drought and, on the other hand, more tolerant to cold , faster in settlement and more appetite from cattle. Its area of ​​diffusion corresponds essentially to that of the English ryegrass (with which intergeneric hybrids have also been constituted) for which the fescue of the meadows must be considered as a plant that must be cultivated in cool and temperate climates, even in the mountains.

Uses and Traditions –
The meadow fescue is a plant that is suitable for intercropping with legumes that are not too aggressive, for quality pasture meadows.
The European cultivars currently available are 45 and cover a range of earliness of about two weeks and differ in their aptitude for grazing and mowing. The Italian Registry includes two varieties of Polish, one Slovenian and one Italian “Full”.

Preparation Mode –
Lolium pratense has an interesting use for feeding livestock while there are no uses in the field of human nutrition or in the pharmaceutical field.