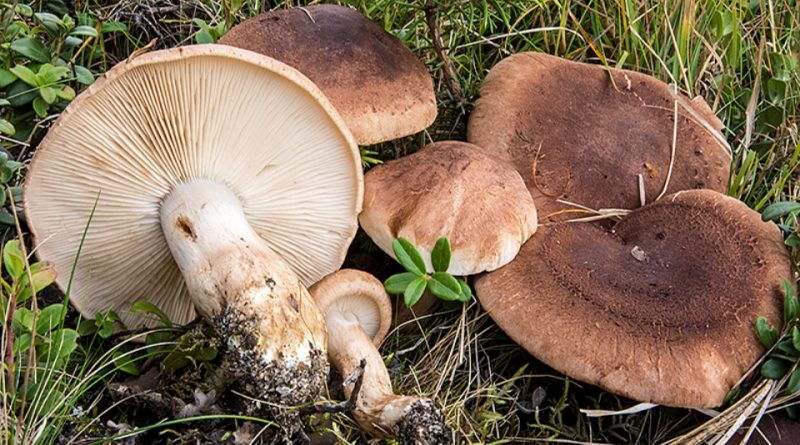 Systematics –
From the systematic point of view it belongs to the Eukaryota Domain, Fungi Kingdom, Basidiomycota Division, Basidiomycetes Class, Agaricales Order, Tricholomataceae Family and therefore to the Tricholoma Genus and to the T. imbricatum Species.
The terms: Agaricus imbricatus Fr., Cortinellus imbricatus (Fr.) and Tricholoma fusipes Kosina are synonyms and obsolete combinations.

Etymology –
The term Tricholoma comes from the Greek ϑρίξ, τριχóϛ thríx, trichόs hair, hair, braid and from λῶμα loma hem: due to the presence of down along the hem. The specific epithet imbricatum derives from the Latin imbrex, superimposed, due to the overlapping scaling on the hat.

Geographical Distribution and Habitat –
It is a fungus that grows in large groups in coniferous forests of mountain areas, especially associated with the Pinus genus and on acid substrates. Fruits in the period from late summer to autumn. 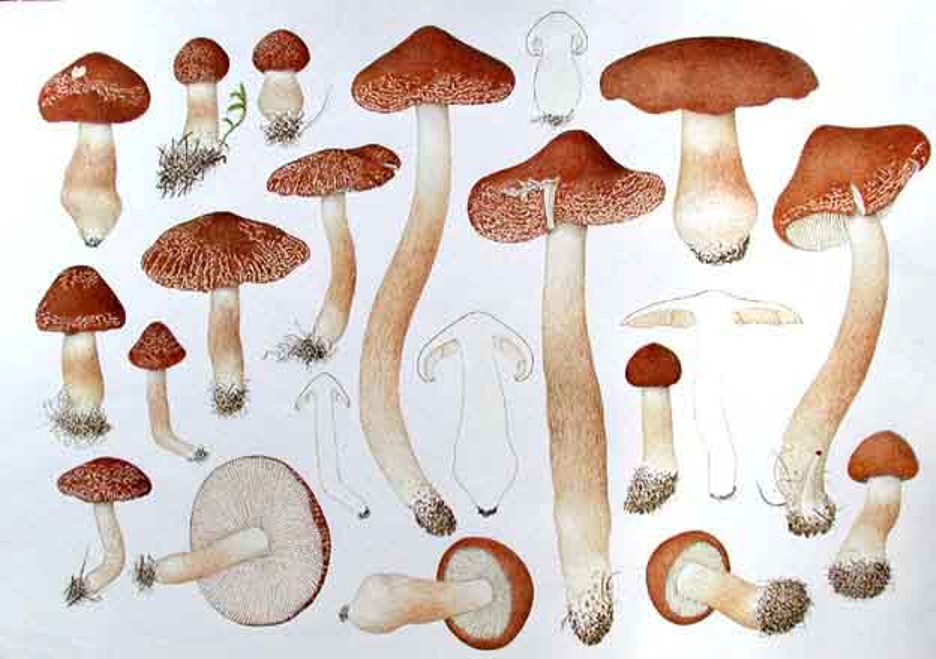 Recognition –
The Tricholoma imbricatum is recognized for having a hat of about 4-12 cm in diameter which appears from convex to flat with a umbone more or less in the center, with a convoluted rim, brown or brown-rust, covered with dark fibrils as scales embrice on the hat.
The lamellas are white-pink in color, with brown spots when ripe; they are almost free from the stem and not very thick.
The stem is whitish, cylindrical, full and firm and with fibrils and rust-colored spots in the more mature mushrooms.
The flesh is whitish and firm with a not particular smell and a bitter taste.
Under the microscope, Subglobose-elliptic spores, of 6-9 x 5-6 µm in white mass, can be seen. The basidia are cylindrical, tetrasporic, of 35-40 x 6.5-7.5 µm

Cultivation –
Tricholoma imbricatum is not a cultivated mushroom.

Uses and Traditions –
This species shows similarities with the Tricholoma vaccinum but which grows in different habitats, of the alpine fir forests and neighboring meadows, and with all the Tricholomas of the albobrunnea section, which all have a silky hat, not felted with a fiber.
This mushroom is considered to be fairly edible although some authors, although they consider it inedible due to its bitter taste and not very suitable for food use.
Even if it is considered of little value, this mushroom is used in mixed oil to give the whole a strong color, since after the heat treatment it remains very dark.

Preparation Mode –
Tricholoma imbricatum is a fungus of poor edibility and therefore difficult to use in the food sector; the only use that may have some interest is, as mentioned, in the preparation of mixed mushrooms in oil.