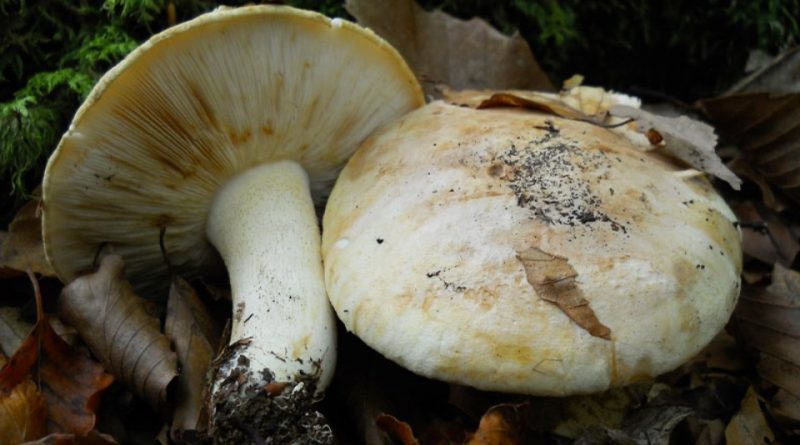 Etymology –
The term Tricholoma comes from the Greek ϑρίξ, τριχóϛ thríx, trichόs hair, hair, braid and from λῶμα loma edge: with down along the hem. The specific epithet acerbum due to the bitter or sour taste of the meat.

Geographical Distribution and Habitat –
This fungus grows gregarious, and quite common, under layers of oak and chestnut leaves where it grows in the autumn period. Its distribution range is quite broad and is widespread in Europe and North America. 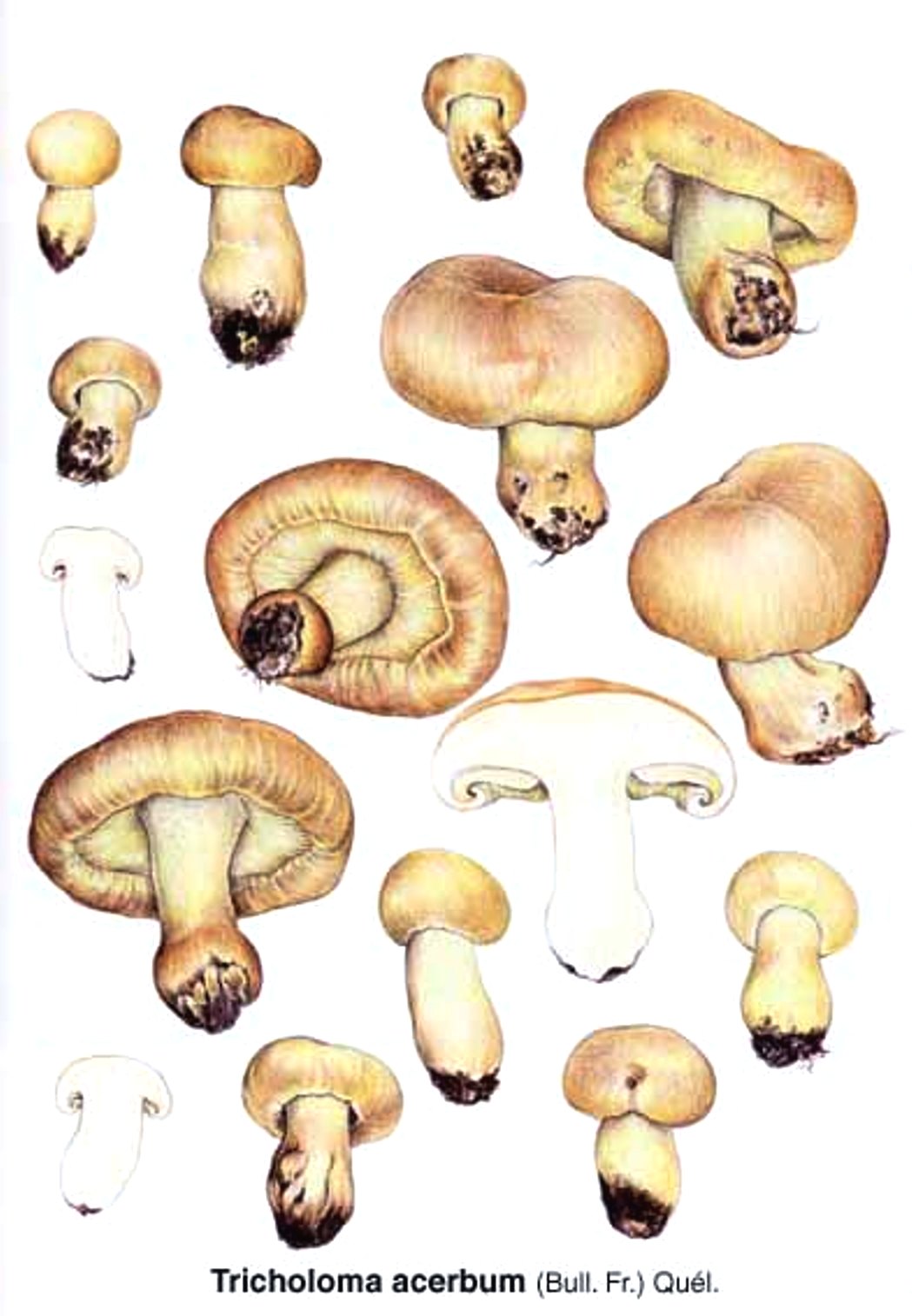 Recognition –
The Tricholoma acerbum is recognized by the hemispherical and massive hat of 3–15 cm in diameter, fleshy, distinguished by evident perimeter roughness on the long strongly convoluted margin. The color is variable and ranges from whitish-cream, ivory, straw-colored, up to being able to be shaded with light pinkish tones and, moreover, easily stained to the touch. The cuticle can be removed up to two thirds of the radius.
The lamellas are dense also due to the presence of lamellulas, whitish and with pits that are rust colored when ripe; these are adnate-smelt and barely decorrent.
The stem is slightly lighter than the hat.
The meat is white, firm and compact on all the carpophore, with an absent odor and a tannic flavor that smells of unripe fruit.
Under the microscope, white spores in mass, of 4–6 x 3–4 µm, appear to be subglobose to oval.

Cultivation –
Tricholoma acerbum is not a cultivated mushroom.

Uses and Traditions –
Tricholoma acerbum is a fairly common mushroom which, although it is mentioned and described as a good edible, is actually a bitter mushroom, a little spicy and considered slightly toxic; in fact in sensitive subjects it can irritate the gastric mucosa.
It is an easily recognizable species due to the macroscopic characteristics and to the taste even if it can be confused with the Tricholoma roseoacerbum that is distinguished by the coloring of the marked brownish-pink cap, the short stem and the mild flavor, and with Tricholoma apium which however it is found under pine and smells intensely of celery.

Preparation Mode –
This mushroom, edible with reserve, is eaten fresh in the kitchen, after having removed the cuticle, or sautéed together with other mushrooms; it is preserved in oil keeping the cuticle.
In any case it best expresses its organoleptic qualities in oil preservation where it has a good yield.