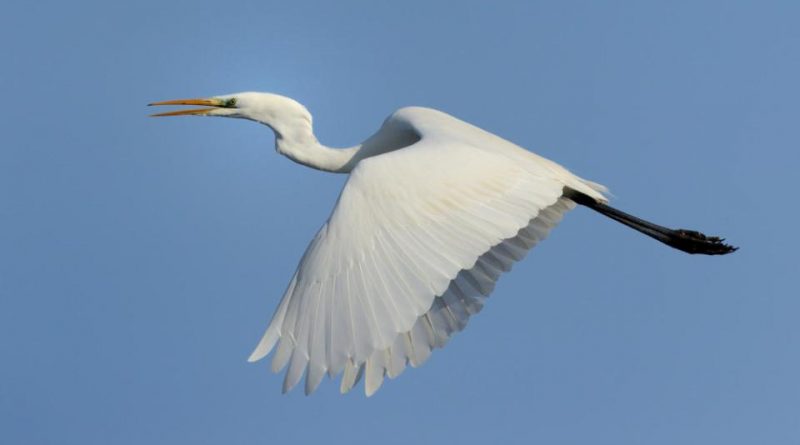 The great egret (Ardea alba Linnaeus, 1758) is a bird, with a large wingspan, belonging to the Ardeidae family.

Geographical Distribution and Habitat –
The great egret has a large range (estimated at around 10,000,000 km²) and a rather large population (estimated at between 550,000 and 1,900,000 specimens), which IUCN considers to be a species at low risk of extinction. In Italy it is a regular migratory species but also wintering and nesting, with its localized presence in the Po Delta, in continuous increase and an area in progressive expansion. In reality, the presence of Airone in this area is very recent.
The first nest was in fact identified in 1990, and dates back to the last 10 years of the last century the progressive stabilization of the species that has reached some tens of couples, considering the overall European population that does not exceed, even according to the most favorable estimates, the 4 thousand pairs.
Its habitat is characterized by humid environments, where reeds mainly grow, and from wet meadows, the shores of lakes and rivers; more occasionally lives in marine areas, such as shoals of algae and uncovered tidal areas. Finally it is also present in agricultural areas, especially in flooded rice fields.
Ardea alba, in Italy, is a protected species under the law 157/92. 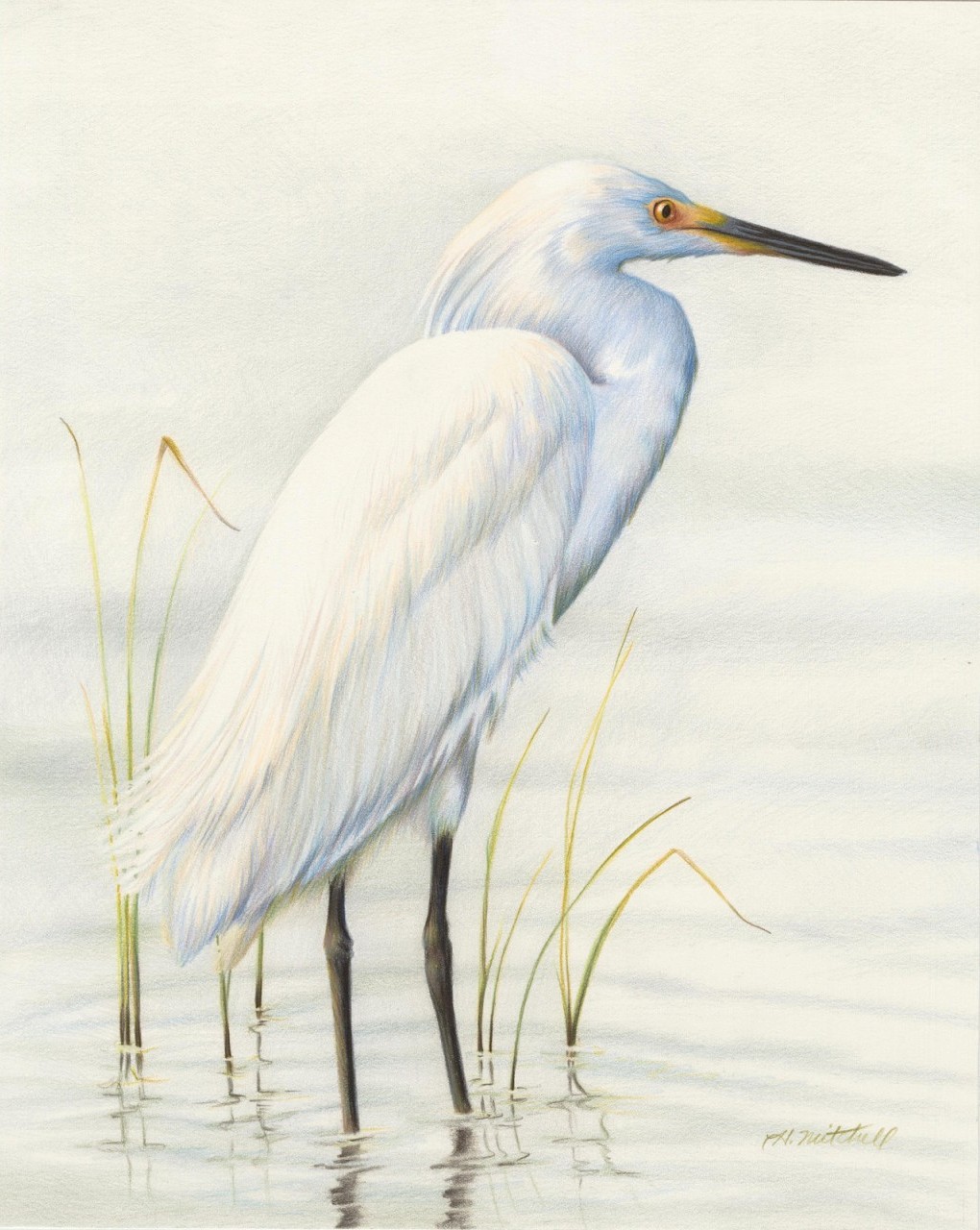 Description –
The great egret is recognized by the completely white plumage that does not change during the year. It has a generally yellow beak and blackish or faded yellow legs at the base during the year.
During the breeding season, like all herons, however, it has a wedding gown that manifests itself with the beak becoming blackish and the legs more yellow to reddish. In this period the plumage is brighter and the feathers extend like a fan on the lower part of the back.
The largest white heron is the largest species of the ardeidae family, with dimensions between 85 cm and just over a meter and wingspan that can reach 170 cm, for almost 1,700 grams of weight.
It is recognized in flight as it is quite massive and like all herons the neck is shaped like an S.

Biology –
The Ardea alba nidifies both in pairs and in colony, also with other Ardeids. It builds a nest with a diameter smaller than the meter that it places in reeds or on trees that are mostly inaccessible. The nests are usually placed in direct contact with the water, or in any case within 4-5 meters of height. Although its population is still small and localized, the greater White Heron does not renounce its social habits, with rather dense nests and the density that within the colonies reaches even rather high values.
As mentioned, during the reproductive period the livery of this volatile changes with coloring and ornamental feathers that are very important as a visual signal both during the nuptial parades and in the aggression against foreign individuals.
The male of this species defends its territory by performing threatening postures by swelling these feathers and alternating even short circular flights and beak attacks.
At the moment instead of the meeting of the two partners a greeting ceremonial takes place: the feathers are raised on the back while the two herons raise their wings.
The female lays 2 to 5 eggs, pale blue in color, which are incubated for a period of 25 days. The egg has dimensions of 61×43 mm.
The juveniles are white and begin to move away from the nest after twenty days. The first flight occurs after about 6 weeks of life.

Ecological Role –
The great egret is the largest of the Ardeidae present in Europe and is found in the old continent. This bird feeds solitary or in small groups, mainly in wet areas. He usually uses the “walking slowly” technique and that is a slow walk, with the body bowed in a horizontal position, to better control the presence of his preys. It generally feeds on fish but also on insects, amphibians and reptiles; on some occasions it can also capture small mammals, such as rodents, or bird chicks.
This bird is able to make even 15 km transfers to get food.
Its presence outside the borders of Italy is longer established, as a breeder, in vast areas of continental Europe and in the portion of the continent of Asia with a more temperate climate. Other subspecies then inhabit the remaining parts of Asia, Oceania, Africa and the Americas.