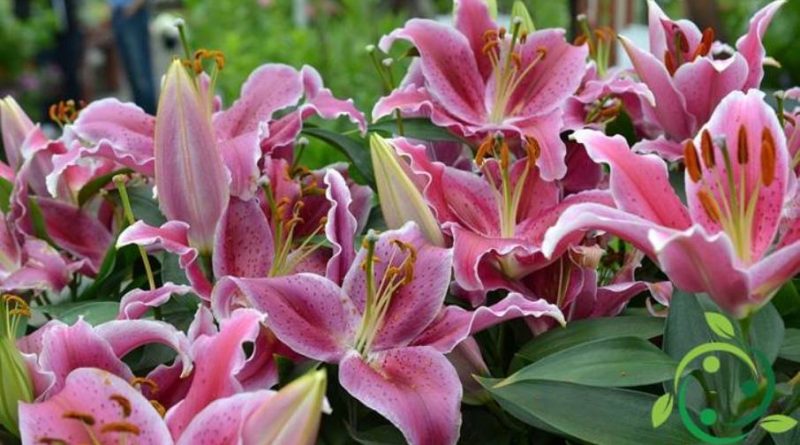 How to cultivate Lilium

The Lily (Lilium L., 1753) is a genus of plants belonging to the Liliaceae family, which includes about 80 species and numerous hybrids and cultivars.
It is a native species of an area that includes Europe, Asia and North America; includes plants with a height from 80 cm to 2 m, with an imbricate scale bulb, arranged around a central disk, from which the roots originate inferiorly, and above the stem. The scales differ according to the species and are more or less broad, sharp and tight between them.
The lilies have roots that originate from the bulbs, of perennial type that are not renewed every year as usually happens in bulbous plants. The lilies of oriental origin differ from this characteristic and, at the vegetative restart, form a stage of adventitious roots on the stem above the bulb at ground level.
These plants have generally lanceolate leaves, more or less narrow with parallel veins; these are arranged around an erect stem, sometimes in boxes, usually in random order.
The flowers consist of six tepals (three petals and three petaloid sepals), terminal, which are often gathered in numerous inflorescences carried by long stems; these flowers are characterized by very different shapes and colors, and often very fragrant.
In this card we will see how to grow Lilium, following the most suitable agronomic techniques.
For the cultivation of Lilium it is advisable to choose half-shade exposures or, in any case, not very sunny.
For the choice of the soil, or of the substrate for pot cultivation, consider that they are plants that need well-drained soils, kept fresh in the summer, well drained and permeable and rich, especially in the superficial part of well decomposed organic substances as mature manure or earthworm humus.
Only a few European species, such as L. candidum or exotic species such as L. henryi that can grow even on calcareous soils, differ in their soil needs.
For irrigations, bear in mind that these should be started immediately after planting the bulbs or seeds, following the progress of the soil moisture and then dosing the watering so as not to create an excess of moisture.
As for the multiplication, this generally occurs by division of the bulbs, sowing or with the cloves which, in some species, appear on the stem.

As for the seeds, however, these always germinate easily and this aspect also depends on the species. In cases where the species germinates easily by seed the germination of new seedlings is obtained on average after a month.
In some species such as L. auratum, L. canadense, L. japonicum, L. superbum, there is first an underground germination of the seeds; for the first year the cotyledons do not come out of the ground, a small bulb is formed from which the first leaves will originate in the second year after sowing.
Other species behave in a variable manner depending on various climatic and soil characteristics.
The optimal time for sowing is the autumn one, leaving the late sowing species (such as L. philippinense var. Formosanum) sown between February and March and protecting the soil with a good vegetable mulch to repair the plant from late frosts.
In any case, the small bulbs that are obtained from seed must be transplanted from the second year from sowing to the beginning of the vegetative growth at the end of winter.
These bulbs do not give rise to flowering bulbs but can be used to multiply some species such as: L. henryi, L. speciosum, L. longiflorum and L. umbellatum.
Multiplication is therefore used by separating the flakes of the bulb, or by layering the stems.
This technique requires the separate flakes to be layered in sand in a humid environment and with temperatures between 18 and 25 ° C; in general from 1 scale to 4 bulbs are obtained from each scale depending on the species.
The layering of the stems takes place by tearing the stems from the bulb at the time of flowering, and placing them inclined in a hole that will be covered up to half, or depriving them of leaves under a quay in the greenhouse; after about a month, numerous small bulbs will form.
Some species such as: L. tigrinum, L. croceum var. bulbiferum, L. sulphureum and L. sargentiae produce aerial cloves that form at the axil of the leaves; these sown seeds will give rise to excellent flower bulbs in a variable period between 2 and 3 years.
For Lilium grown in pots, these should be repotted when the roots come out of the water drainage holes. The soil must be returned and fertilized and the bulbs replanted for a maximum of 3 per pot.
As for diseases and parasites, the Liliums fear the attack of black aphids or lice and some diseases caused by parasitic fungi.
For this reason excessively organic fertilizers must be avoided and, even more, the use of nitric nitrogen in periodic fertilizations.