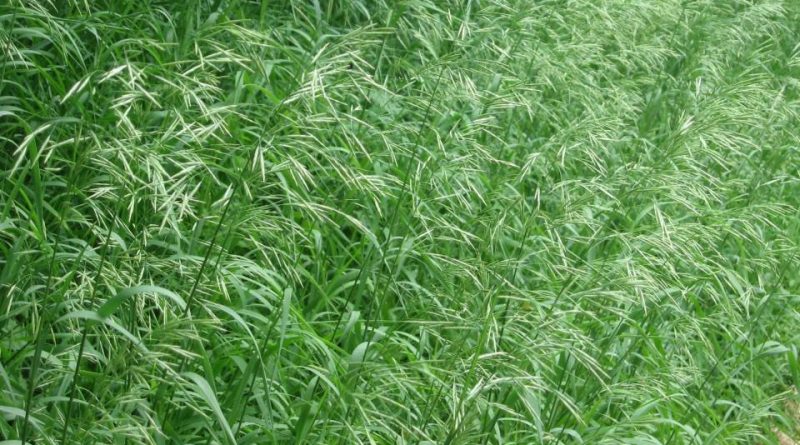 The Smooth bromegrass (Bromus inermis Leyss) is a herbaceous species belonging to the Poaceae family.

Etymology –
The term Bromus comes from the Greek βρῶμα broma food, nourishment: a name that Theophrastus already attributed to a dietary grass. The specific epithet inermis due to the glumes or lemas without reste.

Geographical Distribution and Habitat –
The Smooth bromegrass is a grass native to central and northern Europe and has a wide Eurasian distribution; it is present in all regions of continental Italy except in Puglia, Basilicata and perhaps Campania. The regional distribution is wide but scattered while it is cultivated mainly in the North and Central Italy. Outside Italy it is cultivated, also in intercropping, in Canada, in North America, as well as in Hungary and other European countries. 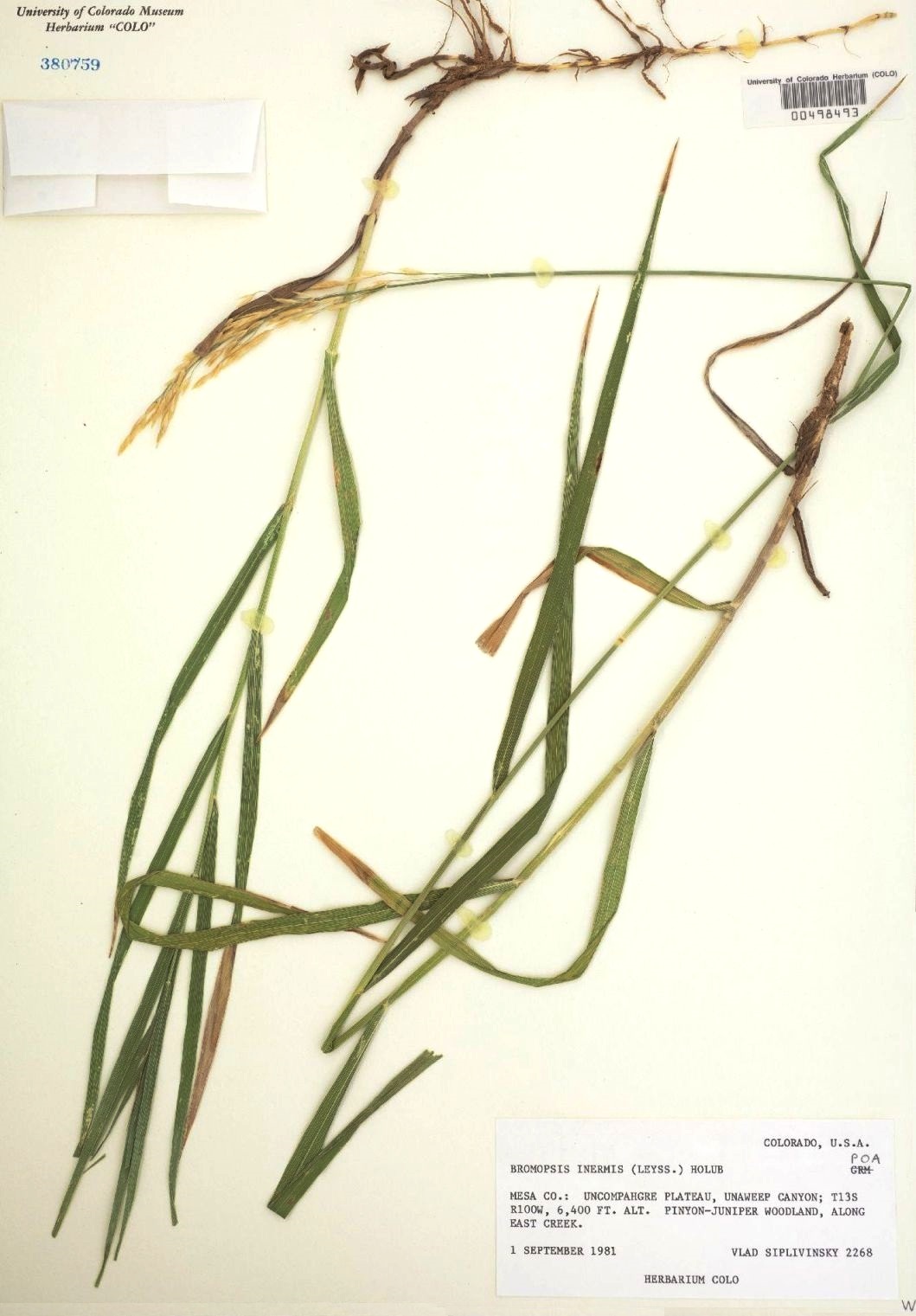 Description –
Bromus inermis is a perennial rhizomatous species characterized by a high size, being able to reach an average height between 100 and 160 cm; it also presents a very deep and well-distributed root system; presence of erect stems with abundant leaves with short and membranous ligula, without orecchiette.
The inflorescence is a pannicolous with numerous spikelets composed of 6-10 flowers, elongated seeds, rather small; the weight of 1000 seeds is equivalent to 3.3 g. The vegetation begins at the beginning of spring and blooms between May and July; it reproduces by seeds and rhizomes.

Cultivation –
The Smooth bromegrass is a somewhat rustic plant that resists both cold and drought. In the presence of mild climates, it can carry out its vegetative cycle even in winter.
This grass is suitable for not very fertile soils but poorly tolerates very moist and very clayey soils.

Uses and Traditions –
Bromus inermis is a very productive plant of medium quality as forage; however, if it is used promptly, it is well-liked by cattle. Its best value is the great longevity that often exceeds 10 years. It is rather late and lends itself well to intercropping with alfalfa.
There are a dozen European varieties of this species, differentiated by speed of installation, size and leafiness. In Italy, where the species is scarcely used, there are no national varieties. In Italy its indigenous is doubtful: for example for the Trentino it was supposed the introduction following the arrival of the Austro-Hungarian troops. The species is often used for greening of slopes and ski slopes, and is linked to ruderal vegetation: road margins, rural settlements, etc., from sea level to the upper montane belt.

Preparation Mode –
The Smooth bromegrass is a graminaceous used mainly for forage or for naturalistic engineering uses while no food or pharmaceutical uses are known.