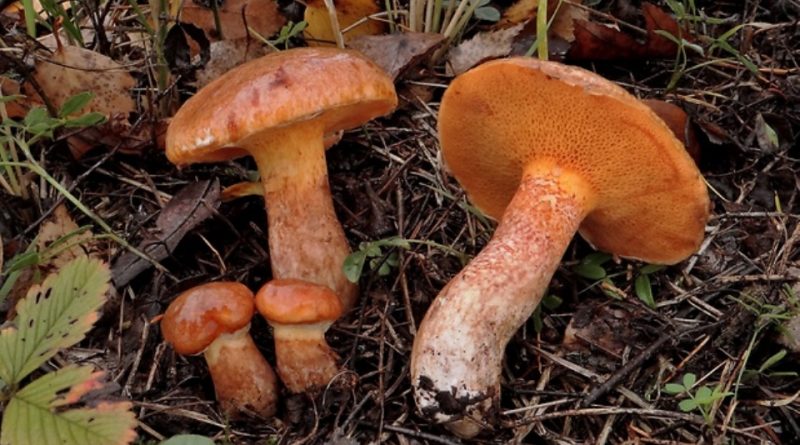 Etymology –
The term Suillus is the diminutive of sus, súis, pig: piglet, due to the particularly abundant size of mushrooms of this genus. The specific epithet tridentinus was given in homage to its own region by the mycologist Giacomo Bresadola (1847-1929).

Geographical Distribution and Habitat –
Suillus tridentinus is a very common mushroom in Trentino (hence the name given to it by mycologist Giacomo Bresadola) where it grows in larch woods; elsewhere it is a very rare mushroom. The fruiting period is from summer to autumn. 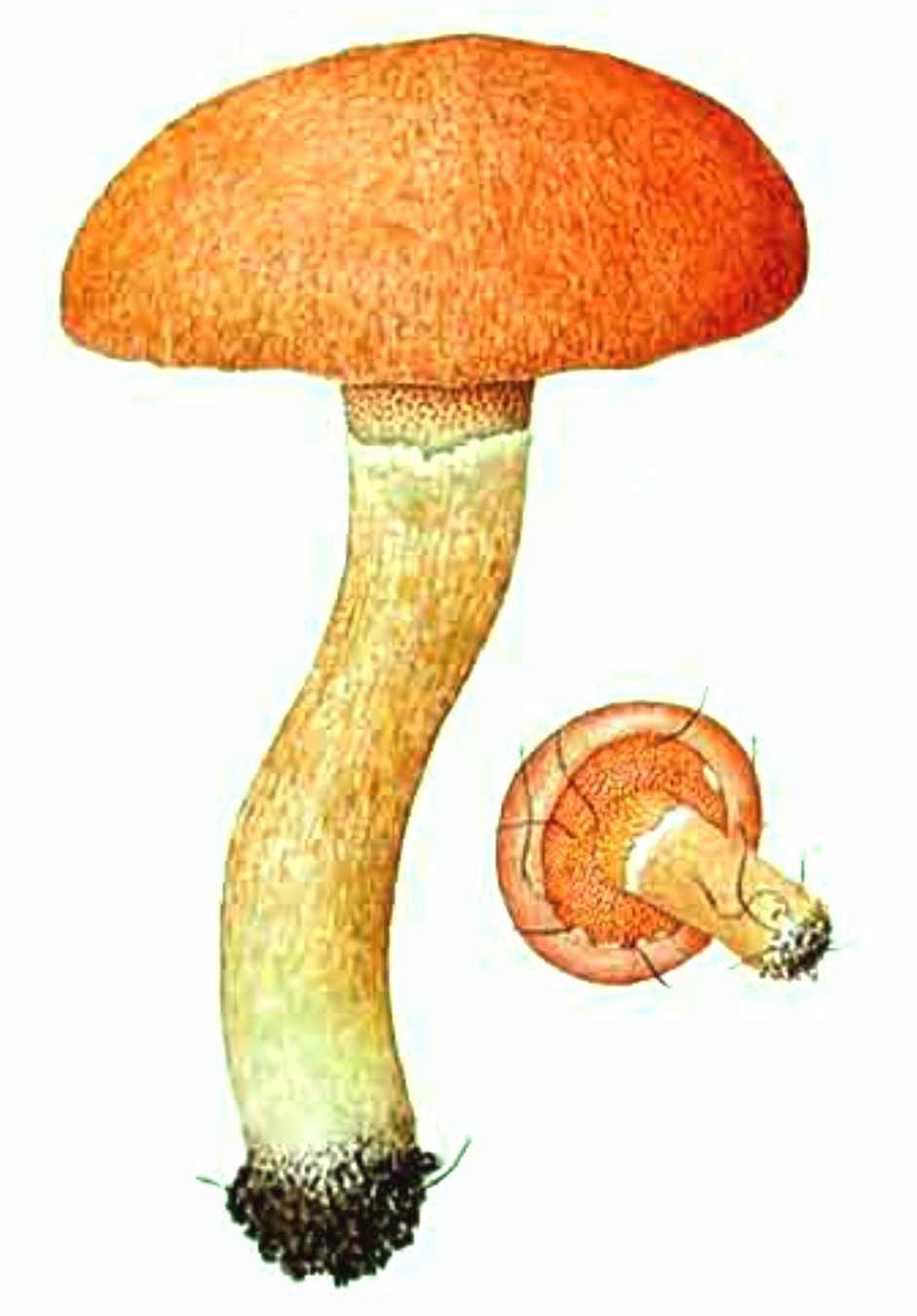 Recognition –
This mushroom is recognized for having a cap of 5-14 cm in diameter, fleshy, at first convex then almost flattened, of brick or orange color, lighter in the margin, with remains of the veil, a slightly corrugated surface, with a previously folded edge .
The tubules are long and attached, of an orange color. The pores are medium-sized, angular, more or less dark orange in color.
The stem measures 4-12 x 1.5-3.5 cm; it is cylindrical, often curved, flared at the top, with remains of the veil, of a yellow-orange, orange-brown color.
The flesh is yellow, brown under the cuticle, firm, with no particular smell or taste.
Under the microscope, ellipsoidal spores of brown color are noted in bulk.

Cultivation –
The Suillus tridentinus is not a cultivated mushroom.

Uses and Traditions –
Suillus tridentinus is a Pinarolo discovered and described by the great Trentino mycologist Giacomo Bresadola; as for its identification and possible confusions, this young mushroom assumes showy shades of orange which, together with the presence of the ring, make it easily recognizable.
This laricino is a mushroom as common in Trentino as it is rare in other areas of Italy.
It is a species of good edibility although it is advisable to remove the cuticle from the hat as it is often indigestible or “laxative”, but not toxic, as for other suillus.

Preparation Mode –
Suillus tridentinus, after removal of the cuticle, is a fungus that can be preserved and consumed like other edible mushrooms of the Suillaceae family.